The Great Growler Grab and Go 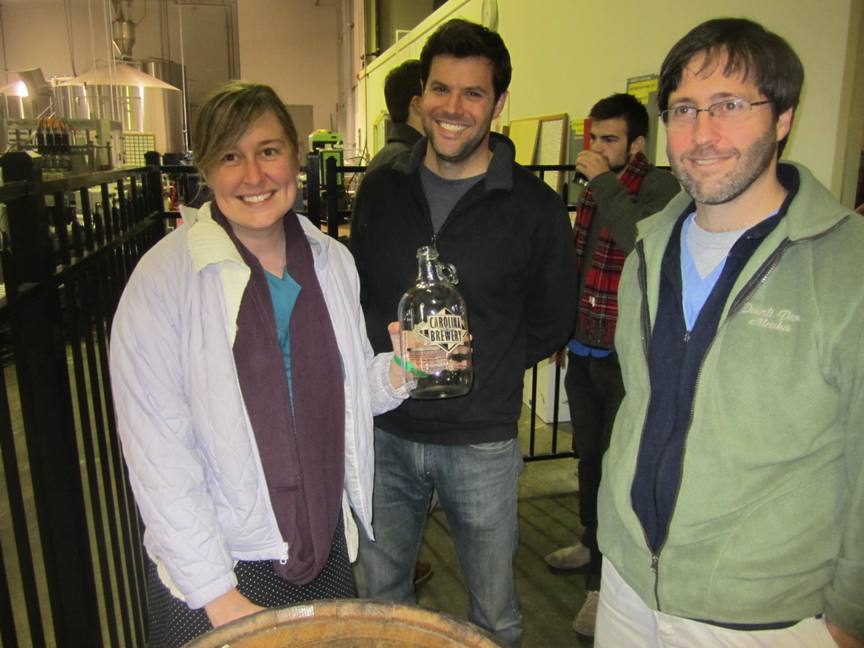 Today is, of course, Cyber Monday, on the heels of Small Business Saturday, the infamous Black Friday, and a less heralded day known around these parts as Growler Wednesday. See, the day before Thanksgiving each year is the day when half of Westchester County and surrounding regions venture to Captain Lawrence Brewing to fill up growlers, as the likes of Pumpkin Ale, Winter Ale and Freshchester Pale Ale have become, for many, as much a part of the holiday as turkey, football and a massive tryptophan-induced nap.

It was the first Growler Wednesday in Captain Lawrence’s spacious Elmsford quarters, and the brewery staff, like toll collectors on the Turnpike, was geared up for the most highly trafficked day of the year.

Charles Britz of Armonk and Gina Dedvukaj of Mohegan Lake are annual Growler Wednesday attendees. On Thanksgiving Eve, they were enjoying a few samples of Winter Ale, a malty concoction seasoned with winter spices, while contemplating what to fill their jugs with. “I told him, we need to go to Captain Lawrence and get beer,” said Gina, who admits to giant pangs of thirst whenever she sees a Captain Lawrence post on Facebook.

Charles was heading down to Grandma’s in South Jersey in the morning, 64-plus ounces of Pumpkin Ale in tow. “It’s always a rough ride,” he lamented.

Gina was hosting for the first time, and copped to some jangled nerves. “We’ll see how it goes,” she said, admitting the growler might get cracked open a little before the guests arrive. 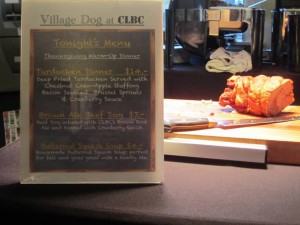 The folks from Village Dog were preparing the poultry trifecta known as Turducken for hungry samplers. By 5 p.m., the growler line started to snake through the tasting room. Jesse Bender and his wife Amanda, of Somers, escaped the buzz of the tasting room for the quietude of the brewery space. Stars of “Notes Vol. 34,” the Benders had brought along friend Doug Finn, of Boston, for a few samples of Westchester’s finest. Doug didn’t share Jesse’s taste for heartier ales—preferring the Belgian wit brewed Basil Haze Wit instead.

“I like dark beer,” Jesse countered with a shrug.

The Benders were attending a Thanksgiving dinner party in White Plains, and were in charge of the “provisions,” said Amanda, served up by the likes of Captain Lawrence. Amanda swears by the Imperial IPA, while Jesse thought the Winter Ale would be a worthy entry on the Thanksgiving menu. “People have table wine,” he said. “You have table beer too.”

Across the room, John Benford of Larchmont braved the growler line to bring home Imperial IPA and Liquid Gold, though he was unsure if the beer would actually make it to Thanksgiving. “It’ll probably get drunk tonight,” he said. 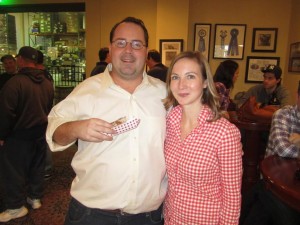 Pal Tim Williamson, also of Larchmont, avoided the Turducken, but was devouring a hot dog “infused” with Brown Bird Ale that he described as “impeccable.”

Tim too planned to walk out with a jug of the Imperial IPA on his hip. “It’s my favorite beer in the world,” he said. “It’s Old Faithful.” 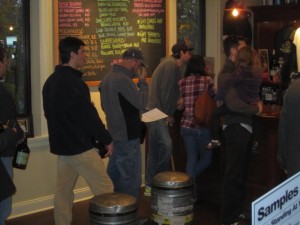 Despite the lines, the mood in the tasting room was festive. Owner Scott Vaccaro was enjoying some post-work Chico De Leche milk stout, while his baby Drew stuck with plain ol’ milk. A lively game of cornhole was going on. Some staffers had a long day of filling growlers ahead of them, while others had some food—and beer—to prepare.

Evan Watson in fact brewed up four beers to pair with the four courses he was preparing at home in Dobbs Ferry—a cantaloupe pale ale, a juniper stout, a “turkey beer” and “Midnight Oil”—a cherry wood smoked porter that shares a name with Evan’s upcoming album.

Uh, turkey beer? It didn’t actually have turkey in it, but the strong golden ale did have a cornucopia of seasonal flavors—including rosemary, cranberries, lemongrass, maple syrup and black pepper–and apparently would go well with turkey. “It’s intensely flavorful,” said Evan.

Turkey beer may not suit everyone’s tastes, but judging by the Growler Wednesday crowd at the brewery, plenty of other stuff did.