People are reading
You are at:Home»Food Links We Love»Notes From the Captain Lawrence Tasting Room, Vol. 39

The Dawn of December 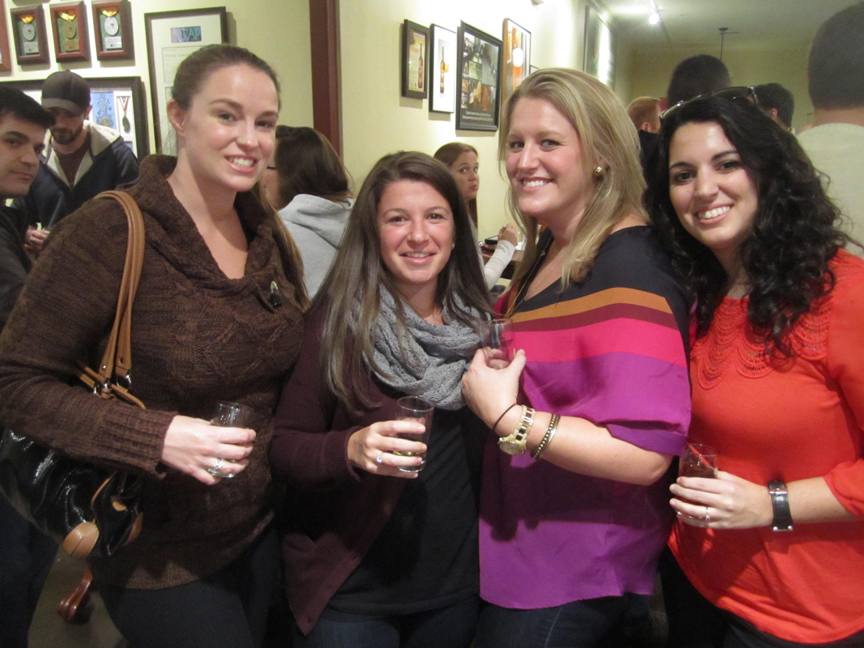 It was a day that featured no distinction. Thanksgiving was behind us, but it wasn’t quite Christmas season. The calendar said it was another few weeks before winter, but it sure didn’t feel like fall. Cold, gray and damp—it was like London in a foul mood.

If Saturday offered any claim to fame whatsoever, it was that it was the first day of December. A new picture on that calendar.

It was actually a decent day to swing by the brewery, and many did.

The guys in charge of the house music did their best to give December 1 a boost of bravado; Queen’s “We are the Champions” pumped through the tasting room speakers.

John Burns and Angelo Piccirillo of Briarcliff Manor were tied up in a heady discussion about the difference in gender roles in various cultures. With an Italian father and a Brazilian mother, Angelo has some perspective on the topic. Men used to do the hard labor and women would tackle the domestic duties, he said. But that was then.

“Now, males do everything,” Angelo said with a smile.

John’s eyes got wide, and he moved quickly to clarify the record.

“Please do not write that I said I do everything,” John noted carefully.

The two laughed, enjoyed some Pale Ales and lamented the absence, for the day, of the Imperial IPA. During the week, Angelo runs the nationally renowned—look it up, it is best in class–Science Research program at Ossining High School. But it’s a weekend, and he had a fresh growler for Giants-Redskins on Monday night. 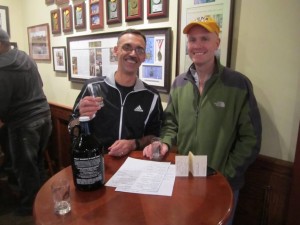 Back to those gender roles. Where was the Missus when Angelo was bending elbows in Elmsford?

“She’s home sick,” he said. “I’m making her feel better by not being there.”

Across the room, John Mordoh, also of Briarcliff, was on his second Captain Lawrence visit of the day. Earlier, he helped his wife, an event planner, scope out the space for future parties. Planning to hang out with Briarcliff-based pal David Konrad, John told his friend, “You gotta check it out.”

And so they did. John enjoyed the Kolsch, while David sipped the Pale Ale. They made note of the multiple four-footed fuzzy friends padding about the place, such as the pug Bogey belonging to the brewery’s resident author Steven DeRosa (“Writing With Hitchcock”).

“We were just saying, what’s with all the dogs?” said David.

For her part, Debbie from Mamaroneck didn’t realize Captain Lawrence was dog-friendly. Friends Kelly and Katie, down from Saratoga, and Lauren, up from Manhattan, were in for a visit, but was missing another mate named Dolly. “Had I known it was pet-friendly, I would’ve brought my bulldog,” Debbie said.

The foursome, enjoying an assortment of Kolsches and Pale Ales and the pilot batch brown ale Dr. Brownski, was part of a larger group that planned to stock up on craft brew and head back to Debbie’s for what she called a “holiday-housewarming party.”

The Queen soundtrack continued with “Radio Ga Ga”–no relation to a certain pianist/performance artist from Jersey with a taste for high-protein dresses. Working the door, Dennis Vaccaro raved about Freddie Mercury. Benn Lewis of Pound Ridge raved about the beer. He’d just dropped off two empty kegs from Thanksgiving (now there’s a Turkey Day bash I’d like to check out next year), and stopped to sample a beer—and reflect on the history of microbrewing in Westchester, and his small role in it. 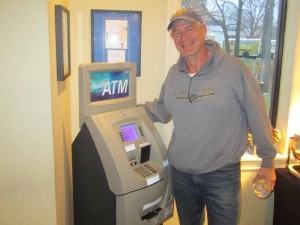 See, Benn and two pals from his White Plains Rugby Club opened up Westchester Brewing Company in 1995, in the space on Mamaroneck Avenue in White Plains that is currently home to the Brazen Fox. Benn said it was the first brewpub to open in the county since Prohibition.

Alas, the timing was wrong. White Plains was still a blue collar town, not yet enamored of hoppy, locally brewed beer. And restaurants were just starting to put the good stuff on tap—leaving Benn’s brewpub without enough of a point of differentiation.

But Benn harbored no regrets. “I like to have people like Scott Vaccaro, who are good at it, brew it for me now,” he says, looking around the tasting room with a smile. “We tried to get it kicked—but these guys did it.”

So we’ve got a history of Westchester brewing, and a holiday-housewarming pre-party, and a lively little cultural debate, along with countless other dramas and discussions–and a long lineup of freshly brewed ales to go with them. Not bad, for an otherwise indistinct first of December.