People are reading
You are at:Home»Restaurants»Westchester Breakfast Club November Round Up!
Here’s the November roundup of breakfast places visited by the Westchester Breakfast Club. Due to all the turkey, the WBC didn’t have room in our stomachs for too much breakfast this month. So, we rounded out the Eldo’s triumverate with a trip to Eldorado Diner 3 in Scarsdale and The Bayou in Mt. Vernon.
Remember to check us out at www.westchesterbreakfastclub.com! 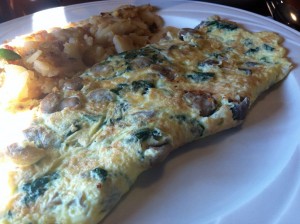 Nov. 11: On Central Avenue in the space that used to be a Brazilian churrascaria now lives Eldorado Diner 3. The interior still has some of the remnants of the former tenant: dark wood tones, comfortable booths. But you’re reminded you’re in a diner by the little jukeboxes at each booth, a nod to diner nostalgia. The menu is the same as at the other Eldo diners. The omelette that Sylvia tried was average, but the cinnamon toast was delicious, with the cinnamon sugar evenly distributed. Jeff’s Challah French toast was sadly soggy, saved only by the side of sausage.
The 411 on Eldorado Diner 3. 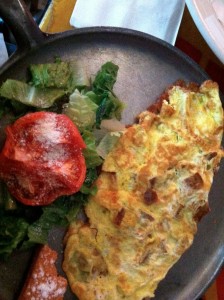 Nov. 25: The fried pickles at The Bayou were extraordinary. And…did we mention that the fried pickles were extraordinary? Unfortunately The Bayou proved to be one of those establishments that tries to get people in with a brunch menu when really they should stick to lunch and dinner and drinks. At our Sunday brunch, what struck us first was the unusually long wait time for the four of us to get our meals considering the restaurant had only a handful of other patrons. When the meals for two of us arrived, it was still another 5 minutes until the meals for the other two arrived. The quality of the meals didn’t help matters. The omelettes were flat and flavorless, the beignets were also flavorless; the sweet potato pancakes were too mushy and had none of the nice crisp that you’d associated with potato pancakes. The eggs benedict were a bit overcooked. Those fried pickles would bring us back for a different meal, but not a return visit for brunch.