People are reading
You are at:Home»Food Links We Love»Notes From the Captain Lawrence Tasting Room, Vol. 40 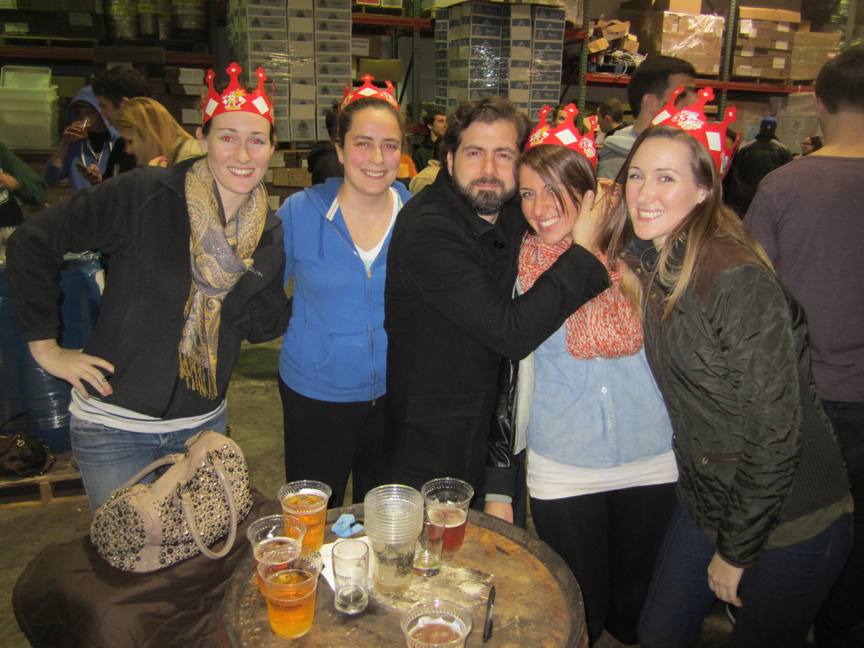 It is, in modern technology parlance, Trivia 2.0—a flashy upgrade on Captain Lawrence Brewing Trivia Night, featuring a little Name That Tune, a speed round, and winners of the various 5-question rounds receiving tickets redeemable for a gift card, keg, and other Captain Lawrence-related swag. For the first time, the trivia derby is in the brewery itself, as opposed to the tasting room, the fermentation tank skyline serving as a dramatic backdrop to the proceedings.

If there’s a favorite going in, it is The Angry Seamen–frequent visitors to the CL winners circle. So revered/reviled is the Seamen crew that another team assembled with the sole purpose of taking them down: Angry Seamen’s Worst Nightmare is the name of that upstart outfit, with a risqué word tacked on for good measure.

“They win so many weeks, we decided to name our team after them,” says Jean Barrow of Tarrytown as she enjoys a Kolsch with teammate Lindsay Santoro of Hawthorne.

The Seamen take it as a compliment. “It means we’re doing something right,” says Rich Zerbo of Valhalla.

After a few rounds of straight-up question and answer, the format switches to Name That Tune. The first song is a lively R&B number that gets people moving. The second is a riffy rock track that prompts some spastic air guitar from one player. Following that is a tune from Duran Duran; CL bartender Rob C. is comfortable enough in his masculinity to sing along with the foppish New Wavers. 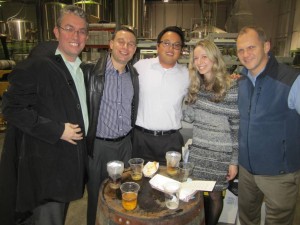 The team No Second Place came up with a moniker that was all about not finishing anywhere other than first, but halfway through the competition, they’d be pleased to be runners-up. The foursome came straight from work and is enjoying the Freshchester Pale Ales and Village Dog grub as much as, if not more than, the trivia. “If any ladies ask what we do, tell them ‘astronauts,’” quips Greg Gilliam of Bronxville.

In fact, they work at a law firm in White Plains, and their very presence at Captain Lawrence is a testament to their knack for sniffing out legal loopholes. “My wife won’t let me out unless it’s a work event,” says Bill Kelly of Dobbs Ferry. “This is a work event.”

No prizes are awarded for Best Dressed, but if they were, the hardware would go to Han Yolo—a play on the phrase “You Only Live Once,” which apparently young people say a lot. The ladies of Han Yolo, friends from their time at Maria Regina High School in Hartsdale, are sporting Burger King crowns.

I ask how the crowns came to be. “We, uh, went to Burger King,” deadpans Monica Olive.

Carol Murray, half of the Murray twins in Han Yolo, adds that the crowns are an homage to the BK Lounge brown ale on the brew menu.

Talk about your crowning achievements—there’s a system in place at Han Yolo, where those answering questions correctly get a crown, and those botching the answers abdicate their headwear.

Carol eyes the gold-painted barrel, past winners’ names scrawled on it like “a Stanley Cup for a sport that’s actually being played,” as she puts it. “We might not get the golden keg,” Carol says longingly. “But someday…we will.” 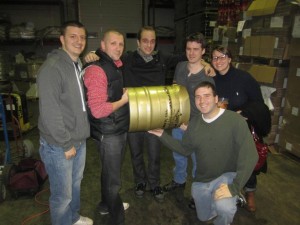 As the competition winds down, it is Green Monkeys and Human Santapede who are tied for the top spot. (“We tried to think of something funny, tried to tie it into the holiday season,” says Santapede skipper Chris Stiglin of Ossining.) A guy from each squad comes to the front for a tiebreaker 5-ounce chug-off. Chris makes short work of his Kolsch (“Relax the jaw, open the throat,” Stiglin says), and “Human Santapede” is Sharpied onto the golden keg.

The favored Angry Seamen take the upset in stride. “We may not have won,” rhymes John Ruvo of Thornwood, “but we had fun.”