We’re in the thick of the holiday season!

Some of my colleagues here at Small Bites have already been giving you ideas of gifts for the foodie in your life, but what if your foodie happens to be a vegan? You’ve already got an idea of what you might serve for your vegan holiday meal, but what if you need to give a gift?

Yesterday, one of my friends mentioned that there are two types of people in her life that are difficult to shop for: men and vegans. I won’t claim to be an expert on buying gifts for men (though I suggest you check out Think Geek for some ideas), but I might be able to help on the vegan part. They’ll even work for vegan foodie men, too. 🙂

Kitchen equipment can be a fun gift for vegans and omnivores alike. Have a lot of money to spend? I don’t know any vegan who wouldn’t love a fancy blender like a VitaMix or a BlendTec, but there are lots of things that would appeal to the vegan foodie trying to build their kitchen. My predecessor JL is a huge fan of the pressure cooker– and in my opinion, you should have at least two sizes for different types of foods you might prepare. More than a pressure cooker, I love my slow cooker. I love nothing more than to set it up in the morning and come home to an amazing smell wafting through the hallways as soon as I step off the elevator! Again, even if your vegan foodie friend has one, different sizes can be quite helpful. 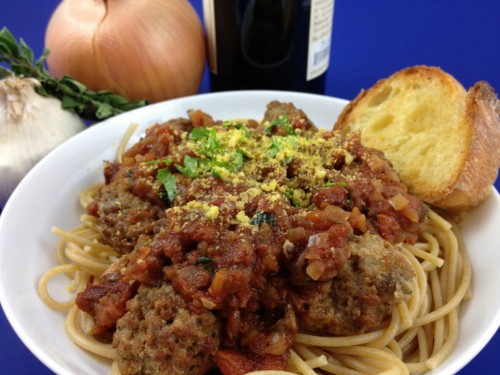 Vegan marinara sauce made in my large slow cooker.

There are several more economical options for vegan foodie gift giving- and top on my list would be either a tofu press or a vegetable spiralizer (if I didn’t already have them. I’m hard to shop for!). Although these both sound like uni-taskers, both are quite useful. A good spiralizer can make noodles or ribbons out of a whole vegetable, like a zucchini, carrot, beet or potato. They’re great for both cooked and raw dishes. And a tofu press? It’s a device that presses the water out of a block of tofu- this sounds simple and like it can be unnecessary, but have you even pressed tofu with a cast iron pan and paper towels? Messy, messy. Doable, but I love my tofu press. You can also use it to make your own tofu!

How about if you want to give vegan food? There’s always the option of making your own- like cupcakes or cookies- check out Vegan Cupcakes Take Over the World and Vegan Cookies Invade Your Cookie Jar for one simple and tasty recipes- many of the recipes don’t call for any out-of-the ordinary ingredients. How about chocolates? If you’re going to use a local chocolatier, make sure to ask if the chocolate contains any milk/dairy- and know that dark chocolate is your best bet for finding something vegan. There’s also a number of online options- Allison’s Gourmet and Obsessive Confection Disorder (mostly caramels- and they are to die for!) are completely vegan, and Sjaak’s has a number of vegan options.

Want the gift that keeps on giving? How about a monthly snack box from Vegan Cuts? They pack a box of vegan snacks, and you can gift a subscription for 1, 3 or 6 months.

I love gift certificates, for both giving and receiving. Local restaurants such as Sweet Grass Grill in Tarrytown, Lalibela in Mt. Kisko, and Orfino’s in Briarcliff Manor all have vegan options, and Andy’s Pure Food in Rye and Jolo’s Kitchen in New Rochelle are all vegan. If you don’t mind venturing into the city, I know that I would love for someone to take me to dinner at Candle 79, Blossom, or Pure Food and Wine, all in Manhattan, and all vegan and extra-fancy!

If you’re looking for a non-food gift for a vegan, well, we tend to like stuff just as much as the next person. What to look out for? Wool, silk and leather when it comes to clothing and accessories. If you’re looking to give personal care items it might be a little trickier, and you might be best off looking for a vegan label. A good local option might be Kalliste Soap Shop in Dobb’s Ferry (and look for their products at Whole Foods in White Plains). 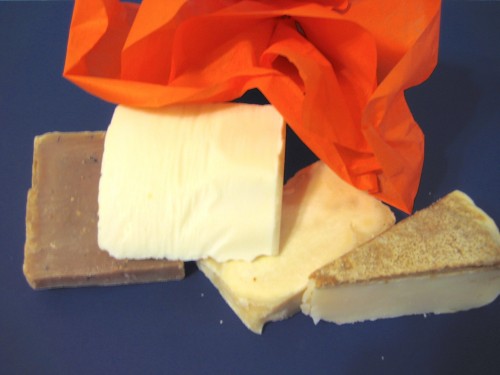 Is your vegan loved one an animal lover? A donation to one of the several farm animal sanctuaries in Upstate New York would make a lot of vegans smile- and you have Woodstock Farm Animal Sanctuary (Woodstock), Farm Sanctuary (Watkins Glen) and Catskill Animal Sanctuary (Saugerties) to choose from. If you’d like to help some animals right here in the Lower Hudson Vally, a donation to The SPCA of Westcheser would be a nice gift, as well.

There are lots of options for vegan gift giving- and you know what? Many non-vegans will enjoy them too.

Speaking on behalf of vegans everywhere- if you’re really stuck, we accept hugs and wishes for a happy holiday, too. 🙂