People are reading
You are at:Home»Columns»Spices and Seasons – Tested and Tried the MIL’s Crisp Potato Cakes 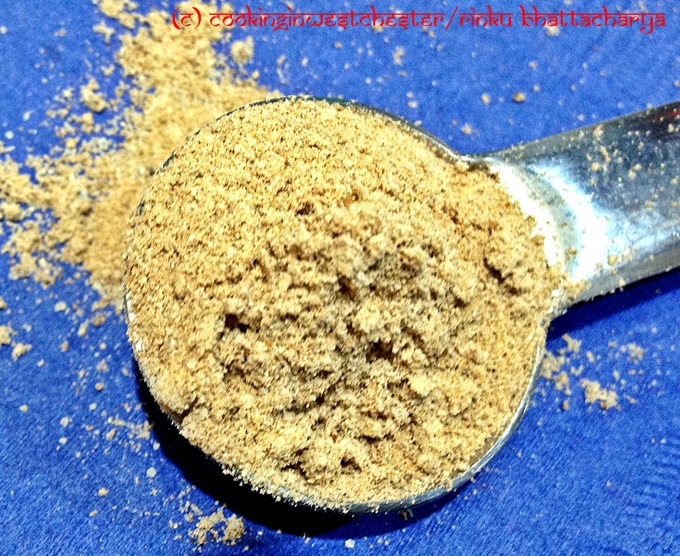 In our house, the husband would probably like to place potatoes in he list of processed starches. Of course, I like to tell him that this is mostly because he does not grow potatoes. His reason for this crime is that our tiny little backyard is not big enough for all the potatoes I would like. This folks is true, I LOVE my spuds, in all their comforting glory. I like them sauteed, roasted, baked and of course, fried.  This time of the year is the season of roots, starting of course with potatoes.

I shall share with you a simple and really good recipe, for Alu Tikki or Indian Style Crisp Potato Cakes. There are many ways to make these rather simple and exceedingly delectable potato cakes, this recipe is my mother in law’s. She has a key ingredient and a fairly strict rule of thumb, the key ingredient is what is called amchoor or dried and powdered green mangoes. I realize, that this picture looks nothing like the green and hard fresh fruit and her rule of thumb is no additional binding.

Amchoor is prepared by slicing the the green mango, drying out the slices and them powdering it. This is essentially a souring agent, in the same vien as the tamarind, lime juice and stuff. The amchoor however has a gentler and more flavorful taste and more importantly it is a powder, this makes it very effective in stuffing thing or for dry rubs and yes, it is also very important in the recipe for these potato cakes or alu tikki. The deal here is while my MIL forgives my use of cilantro in the recipe, that too, if I finely mince the herb (and of course since her son likes it), she absolutely forbids any kind of binding. So this is all about potatoes, spices and a lusciously crisp crust. So, who said indugence could not be vegan and gluten-free.

The potatoes, that work to accomplish this effect are good russet potatoes. The Idaho potatoes, somehow do not seem to work, possibly the starch balance. This simple recipe in my mind does much to highlight the simple nuances of spices and of course the simple and amazing goodness of Indian cooking.

While the three in size is perfect for regular snacking, you can make them smaller if you wish 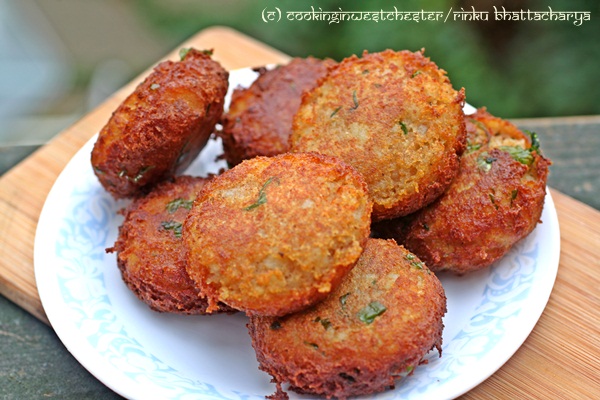 Her newly released cookbook the Bengali Five Spice Chronicles, highlights and offers many simple recipes from Eastern India. Rinku can be found on facebook, twitter and pinterest.