People are reading
You are at:Home»Columns»I Eat Plants»I Eat Plants: 5 Reasons to Consider Going Vegan in the New Year

Nearly 9 years ago for New Year’s, I decided to go vegetarian. I had fallen away from eating much meat over the couple of years prior, and had come to a decision that if I could eat as little meat as I had been and be fine, I didn’t need it.

At the time, I didn’t know much about veganism. Although I knew plenty of vegetarians, I didn’t know anyone in my social circle who was vegan. I wasn’t connected to any online, either. I did know what vegan meant though: no eggs, no dairy, no honey. It seemed like no fun.

Eggs and dairy? I have mild allergies to both, but I still couldn’t fathom giving them up. That was hard, right? And honey… it’s in like, every bread out there!

As I immersed myself into veg recipes online and bought a few cookbooks, I saw that at home, it wouldn’t be so hard to be vegan. It continued to be a challenge while I was out for a long time, and that’s a big part of the reason it took me three years to go from vegetarian to vegan, but I finally did. And for me, it was one of the best things I did for myself. And for the animals! 🙂

While you might not be ready to go all the way vegan, anything you can do to reduce your consumption of animal products is an amazing thing.

So here are five reasons you should at least consider going vegan in the new year!

5 Reasons to Consider Going Vegan in the New Year

1. Your friends are doing it.

In a Gallup Poll earlier this year, 2% of Americans surveyed identified as vegan. Now, you could look at the survey’s write up about the veg lifestyle still being uncommon, but you could look at it this way: if you extrapolate, 2% of Americans is still a pretty large number. This was the first time the vegan question was asked so there’s nothing to compare it to, but who knows what the numbers will say next time if you decide to go vegan? No pressure. 😉

2. More vegetables are better for your health.

There’s a lot of controversy about if being vegan is “better” for your health than anything else. When I took nutrition in nursing school, I wanted to write a paper about veganism being a “better” diet. The response from my professor on the paper proposal went along the lines of “better than what?” It being obvious that just about anything other than starvation is superior to the standard American diet, I ended up not writing the paper. The (peer-reviewed and high-quality) research just doesn’t support that a vegan diet is better than other diets that focus on fruits, vegetables, nuts, seeds and whole grains, but include small amounts of animal products. On the other hand, a well-planned vegan diet is considered to be perfectly healthy and safe for all ages and stages of life.

But you know what is better for you than eating lots of meat and cheese and eggs? Eating lots of vegetables. Just try to disagree with me on that!

Yes, being vegan doesn’t mean that you automatically eat lots of veggies (you could just eat Sweet Chili Spice Doritos and Coke all day, I suppose), but you will feel like something is missing if you try to go vegan without eating vegetables. If you’re making your meals out of lots of veggies, you’re winning the battle of good nutrition!

3. You’ll be part of a vibrant community.

I suppose this goes along the lines of all your friends are doing it, but there’s a lot of us out there, and we’re pretty loud, proud, friendly and inclusive. We welcome people into our community! From festivals like the New York Vegetarian Food Festival and The Seed: A Vegan Experience, both in NYC this past year to festivals all over the country, vegans like to gather. And eat. Because we have awesome food! There’s even a Veggie MeetUp group right here in Westchester! Not to mention the many online communities, like The PPK, which helps us to connect with other vegans all over the world and share our experiences and recipes. Because we love food! 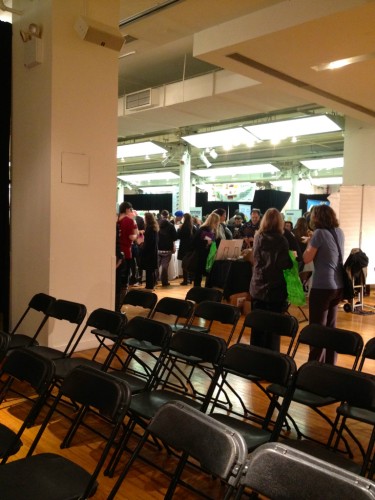 Leaving a demo at the NYC Vegetarian Food Festival.

Okay, so I already mentioned the food. There are so many delicious foods that you can make that just happen to be vegan. And foods that you wouldn’t normally expect to be vegan can be easily veganized without weird ingredients. I made cookies (using recipes from The Vegan Cookie Connoisseur and Vegan Cookies Invade Your Cookie Jar) for Christmas this year, and everyone loved them. Seriously, you’d have to hate cookies to not like them- and who hates cookies? 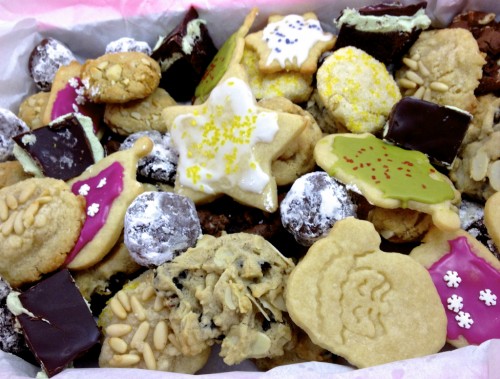 It’s not hard to make vegan food, and it’s part of my job to help you all with that! I promise, I’ll have more recipes coming, vegan and delicious!

In my opinion, the best reason to go vegan is to not consume animals.

At Christmas dinner at my mother’s, ham was served. She had tried something different from what she normally does, and was getting rave reviews. With every other sentence coming out of my family’s mouths about the ham, I may or may not have whipped out my iPhone and flashed around baby pig pictures every time a new comment was made. Okay, I did, no maybes about it. My family laughed it off, but that does strike a chord with me- because for me, I felt that if I didn’t really need meat, it was wrong to eat it.

It’s a very personal decision, and it’s hard for me to talk about the animal reason with non vegans- because I don’t want you to think I’m judging you (with my family, it’s all good. No feelings were hurt, I promise). I do hope that you will think about cute baby pigs when you’re ordering your lunch or doing your grocery shopping.

If you do decide to go vegan in the new year, make sure you do your homework on health needs (specifically Vitamin b12. A great resource is The Vegan RD). As long as you are careful about your health needs, you will never regret going vegan. And if you’re not ready to go vegan, anything you can do to eat less of our animal friends is appreciated!