People are reading
You are at:Home»Columns»Spices and Seasons – Asafetida 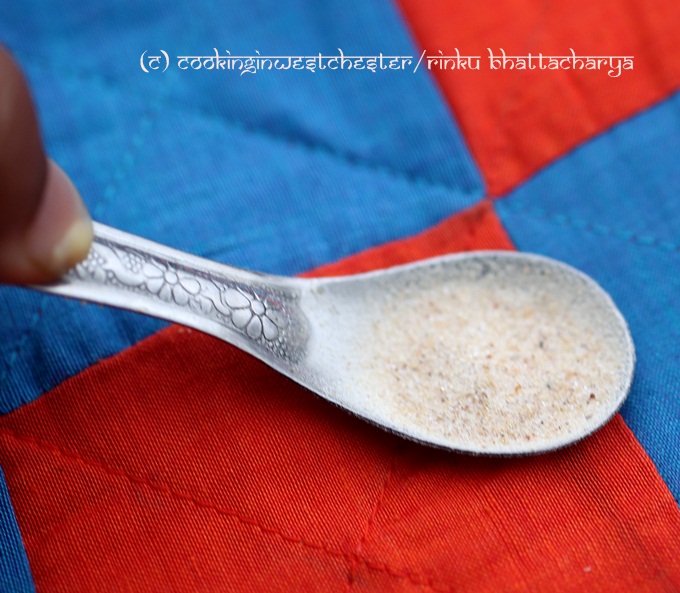 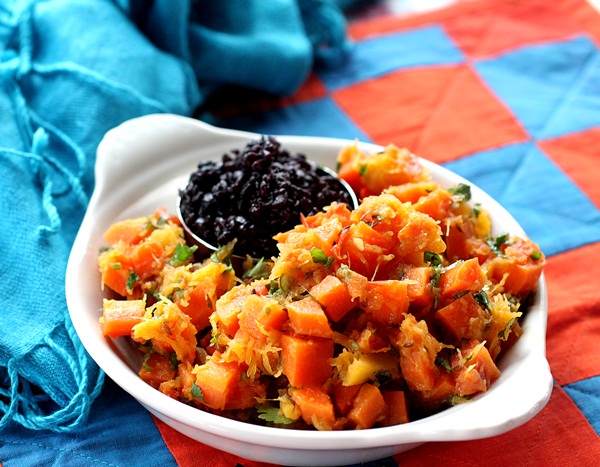 This Friday we had our first Lohud Spices chat. I was excited and thrilled to see the questions and participation. Two of the interesting themes that came up from the chat was a lot of interest in storing and keeping spices right, and the spice of the afternoon – asafetida. So, I will talk about asafetida today and do a piece on spice storage one of these subsequent weeks.

Asafetida, is the powdered resin of the Asafetida tree. An unusual and powerful spice, we cooks are often mystified about this spice. In his book, On Food and Cooking author Harold McGee, has described asafetida as, one of the strongest and strangest of spices. The spice when powdered has this pale beige color with some darker specs.

So, what exactly does this spice do. It is a spice with garlicky overtones and some Hindus actually avoid garlic since it is supposed to have negative effects on the personality according to Hindu philosophy. A quick and easy solution to this is to use asafetida! Although, it would be unfair to describe the spice as just a substitute for garlic since it does have its own characteristic taste. It also has a lot of digestive qualities and therefore omnipresent in traditional lentil dishes as it is supposed to remove any effects of flatulence that might be caused by the lentils.

My mother-in-law who does in fact not cook with garlic tends to use asafetida in her cooking quite liberally. However, a characteristic feature of asafetida is that even if you like it, the spice is meant to be used in moderation, less is indeed more. This is why my jar of asafetida seems to last forever.

This winter when I was in India, I was captivated by the deep red carrots that were everywhere, if I need a refresher course in eating with the seasons one just needs to detour to an Indian home kitchen, it is so naturally seasonal. This simple dish is inspired by one of many carrot dishes that I enjoyed there. I have made this stir fry with carrots and winter squash, both of these tide us through the winter months. Carrots that still rest below the soil to be dug up as I need them and the squash that is resting indoors to be used as we need them.

This very basic stir fry can be made with almost any vegetable combination that you can think off, I had made some sticky black rice which offered a nice earthy taste, texture and visual contrast to our table.

A very flavorful brightly colored stir fry that can complement almost any meal.

Rinku Bhattacharya is the author of the blog, Cooking in Westchester, where she shares her life experiences, original recipes that combine Indian spices with produce from her backyard and local farmers markets. Rinku is blessed with a gardener husband, who always surprises her with a prolific and fresh supply of produce to keep her creative instincts flowing. Rinku has been teaching recreational cooking classes for the past six years, and has found her classes a great way to teach and learn.

Her cookbook Bengali Five Spice Chronicles with over 180 simple India recipe offers an insight into the cuisine of eastern India. Rinku can be found on facebook, twitter and pinterest.