People are reading
You are at:Home»Food Links We Love»Notes From the Captain Lawrence Tasting Room, Vol. 46 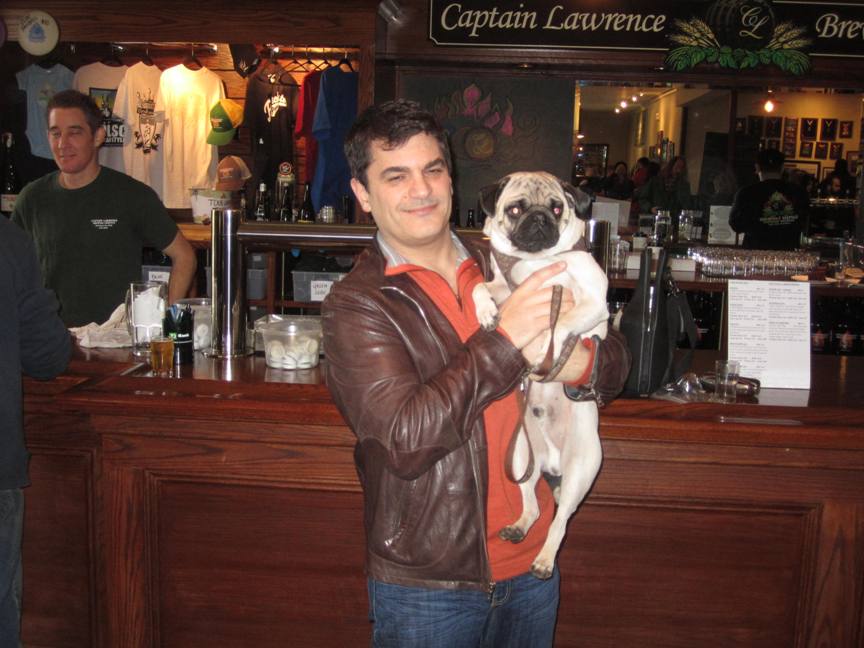 With the expansive Captain Lawrence tasting room in Elmsford reaching its one-year anniversary, a bit of reflecting on the original digs in Pleasantville may be in order. While most everyone enjoys the 1,500 square feet of beer-sampling nirvana, the food selections and the patio for the fair-weather seasons—none of which was available in Pleasantville–many will always harbor fond memories of the brewery’s early days six miles north. What the grungy 300-square-foot tasting room on Castleton Street lacked in amenities, it made up for in character.

Word spread like a virus when the new tasting room opened, and people came to 444 Saw Mill River Road in flocks. The once intimate Captain Lawrence family multiplied almost overnight; what was likely one or two degrees of separation between founder Scott Vaccaro and the typical Saturday sipper was suddenly a few degrees more.

“The first two weeks, my thought was, they’ve ruined a good thing,” admits Steven DeRosa, an author, with his ubiquitous dog Bogie. “With all the hype, there was a line out the door for samples.”

DeRosa notes one key attribute of the new space: the experimental brewhouse that serves up eclectic, big-flavor beers such as the Pride of Elmsford ale in his hand. (The story of how the Pride of Elmsford, an American pale ale made of English yeast, came to be is here.) 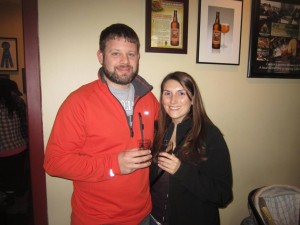 Joanne Flynn was bummed to find Captain Lawrence was out of her beloved Smoked Porter in Notes From the Tasting Room, Vol. 42, but found it flowing freely on Saturday. “Now I’m happy,” she says.

She and husband John, of White Plains, recall the very early days of the brewery. She lived in Pleasantville, and they would see Captain Lawrence taps around town. “We’d see it in bars, and we’d wonder, where the hell in Pleasantville is it?” John says.

They eventually found it on a dead-end street, across from a graveyard. John sampled the Liquid Gold, and it was love at first sip. “That was it for me,” he says.

They recall everyone appearing to know each other at the old place, the pig roasts, a schnauzer who constantly tried to drink his owner’s beer, and a wee bit of traffic before holidays. “The line went from inside the brewery, out the door, and out to the street,” John says.

Brendan Randall of the Bronx and fiancée Emily Main of Hellerton, Pennsylvania knew the Castleton Street locale well. She’s sipping the Winter Ale, while Brendan enjoys the Pride of Elmsford.

“It looked like the kind of place where some college guy decided to brew beer,” says Emily. “It felt like a startup, a small business.”

The new tasting room is a more “sophisticated” place to hang, she adds. “People seek it out now,” says Emily. “It used to be more something you would stumble on.”

Captain Lawrence fans mention missing the ample parking in Pleasantville, the train station nearby and, as Nate Rankin of Tarrytown puts it, the unique feeling of drinking amidst giant sacks of beer ingredients.

But most are happy to trade that for lots of elbow room, a bocce court, a far wider selection of craft beers, and tasty morsels, such as the Brown Ale Hot Dog, from Village Dog and the various food trucks that set up shop outside. Just like at the old place, you can bring your baby or your dog, sip world-class beer and chat about beer and life with the scruffy gents behind the bar. 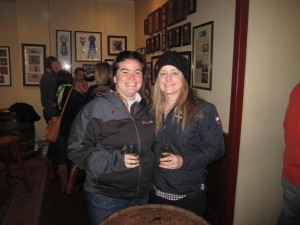 The expanded space, and expanded word of mouth, now attract people like Marisa Gianfortune and Christie Morse, who trekked up from Hell’s Kitchen in Manhattan after reading the new site’s “phenomenal” reviews, says Marisa, on Yelp.com. They never visited the P-ville space, but are making new memories in Elmsford. They’re tossing dice on a barrel, a game they call “Golf,” and reflecting on the brewery tour they just concluded, which included a surprise tasting of the Frost Monster Imperial Stout that’s set to debut soon. “Most delicious beer I’ve ever had,” says Marisa with a satisfied smile.

It took some time, but Steven DeRosa eventually came around to the new Captain Lawrence home. “There were a few hiccups, but they grew into the place,” he says. “It’s the same vibe Pleasantville had–but on a grander scale.”