People are reading
You are at:Home»Recipes»Appetizers»Spices and Seasons – Poblano Pepper and Fried Chicken Wings 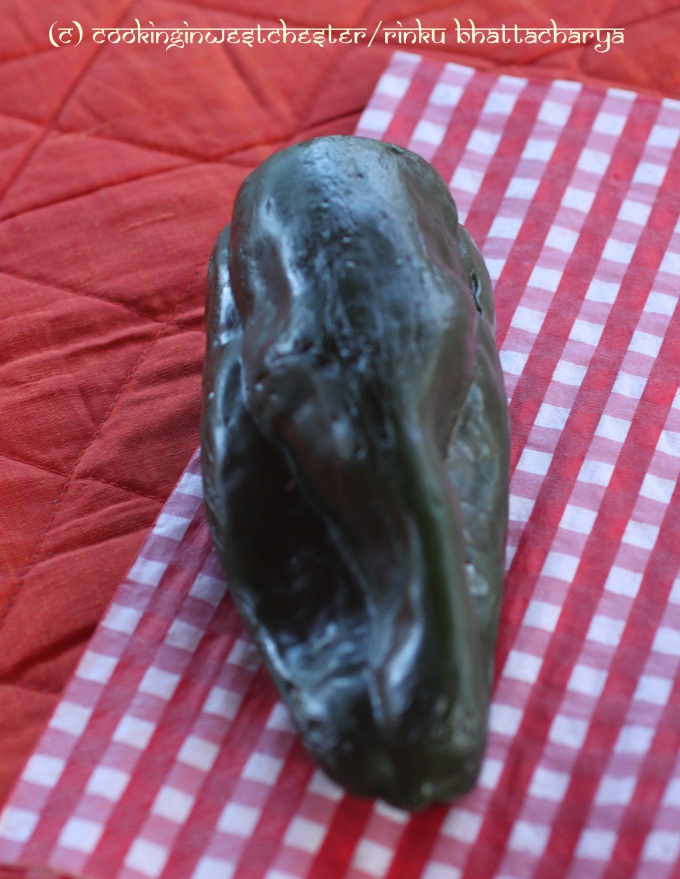 Many moons ago, I had travelled to New Mexico and fallen in love with the landscape. It is not called the, “Land of Enchantment’ for nothing. It is definitely on my plans to get back there with the kids one of these days.

I was captivated by the beautiful landscape, charming artifacts, but most of all by the colorful  peppers . Bunches and bunches of brightly colored fragrant peppers!

The pepper most commonly found was the poblano. Since then, I have been hooked on the the flavorful pepper. It is actually very mild by green chili standards. I love the dark green color which does not fade much when exposed to heat.

The poblano originated from Peublo, Mexico and the name essentially roughly translates to a native from Pueblo. I also got hooked onto the Ancho chili powder and later realized that Ancho Chili Powder often is made from dried red poblanos. A poblano when dried and flattened is called an ancho.

Interestingly enough, at a spice market in India recently, I saw these flat dried chilies that they referred to as the tomato pepper. Those looked awfully close to being a cousin of the poblano. But the spice seller was not really sure if there was any connection.

Now, back to the recipe on hand. I am probably one of the few people I know who gets excited about football season because it offers me an excuse to make snacks that I otherwise would not. Chances are I would not understand the game any better even if the football came and hit me on the head.

Onto the recipe, this is a spice marinated fried chicken wing recipe that needs a little planning to marinate but tastes great even with chicken pieces. So, while they are great for snacking when watching a game, they work just as well for a picnic meal right next to your favorite potato or macaroni salad. 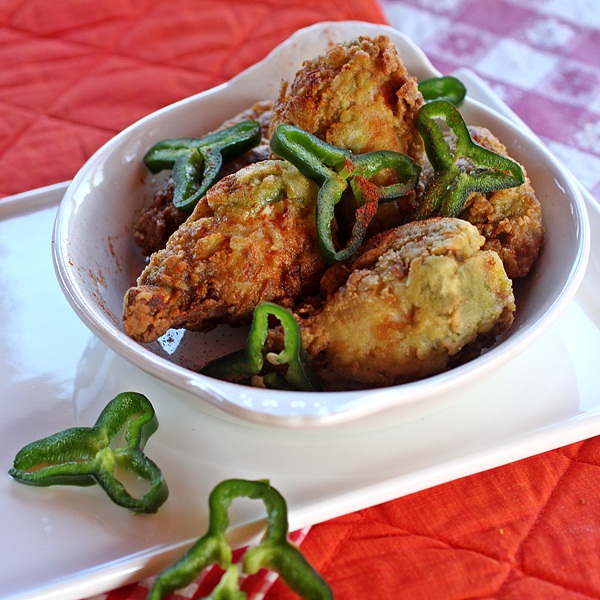 A flavorful and spicy take on fried chicken or chicken wings.

Rinku Bhattacharya is a daytime financial professional, who spends the rest of her time immersed in food. Rinku is the author of the blog,  Cooking in Westchester, where she shares her life experiences and original recipes that combine Indian spices with produce from her backyard and local farmers markets. Rinku is blessed with a gardener husband, who always surprises her with a prolific and fresh supply of produce to keep her creative instincts flowing. Rinku has been teaching recreational cooking classes for the past six years, and her newly released cookbook the Bengali Five Spice Chronicles,  highlights and offers many simple recipes from Eastern India. Rinku can be found on Facebook, Twitter, and Pinterest.