People are reading
You are at:Home»Restaurants»Coals in Port Chester: First Taste

You might think it silly to open a pizza place down the street from Tarry Lodge, which has some of the best pizza around. But Coals in Port Chester, the sister restaurant to one in the Bronx, has taken a different approach. They don’t try to compete; they embrace differences. 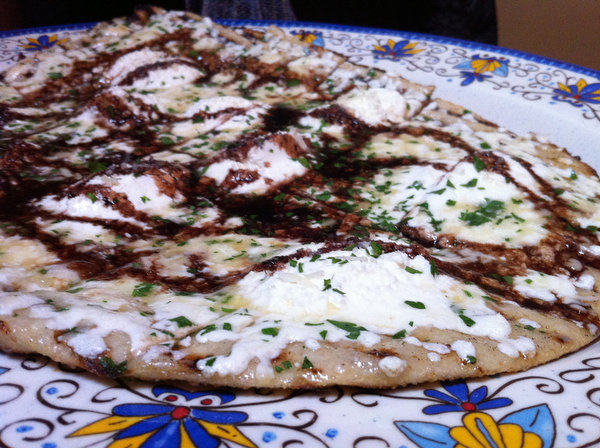 Rather than 00 flour; a mix of cornmeal, flour and wheat. Rather than wood-fired? Grilled (with the grate marks to prove it). Rather than an extensive menu, loaded with a plethora of Italian-style entrees? American simplicity: Wings, soup, salads, sandwiches and a burger. (Just one.) 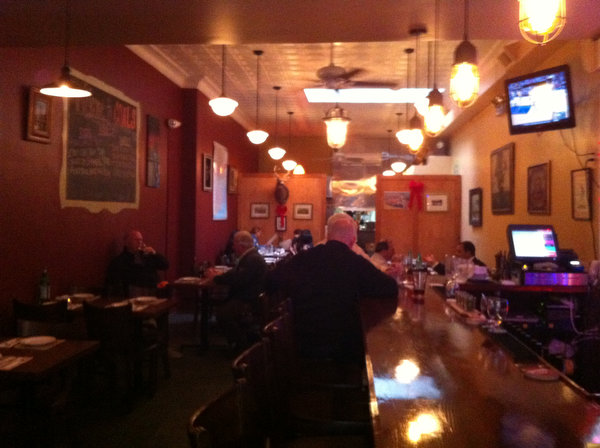 , flouInterior, with the bar in front near the door.

“We love Tarry Lodge, I eat there all the time with my wife,” says owner Tim Shanley. “We’ve got high-quality ingredients just like them, but this is a real down-to-earth place where you can bring the kids.”

Shanley and his partner, chef Bill Edtzel, were inspired by the pizzas at Al Forno in Providence, R.I. , which are also grilled. They pay a very nice homage, indeed.

We shared the arugula salad to start: it comes with pears and walnuts, a sherry vinaigrette and grana padano. 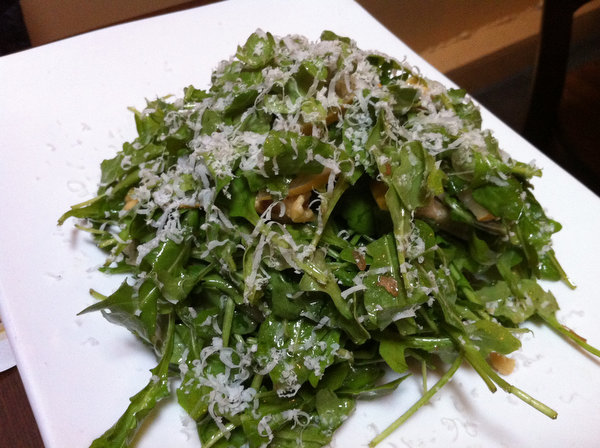 The room was about half-full for a Friday lunch (the only day they’re open for lunch), but even so, it was deafeningly loud. It was hard for my guest and I to talk; I can’t imagine the noise level on a crowded Saturday night. 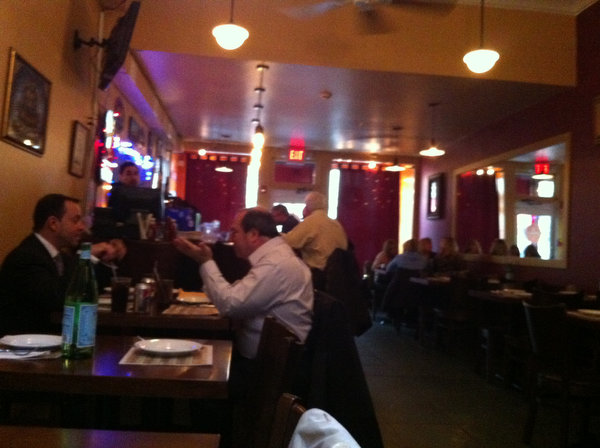 The room is loud! 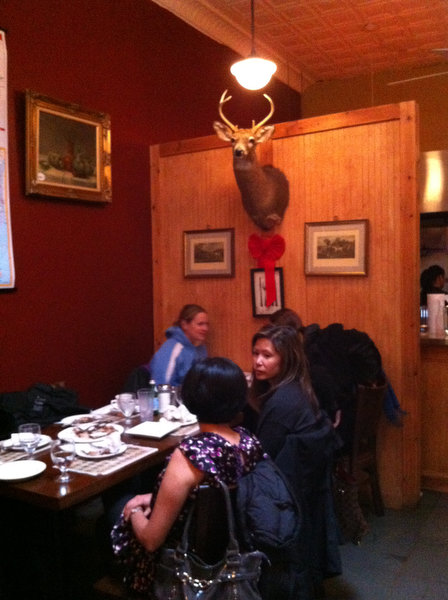 The corner table by the kitchen.

We shared two pies, but honestly one is enough for two people. The Smokey Joe: 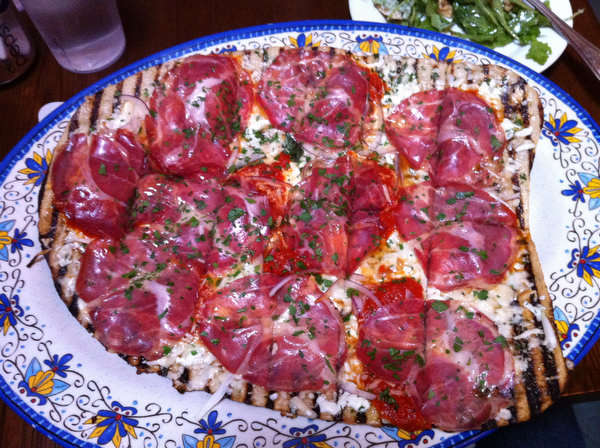 With smoked mozz, it was indeed smokey, but I wasn’t expecting quite so much meat! It made the crust a bit soggy.

I adored the Must-Have. 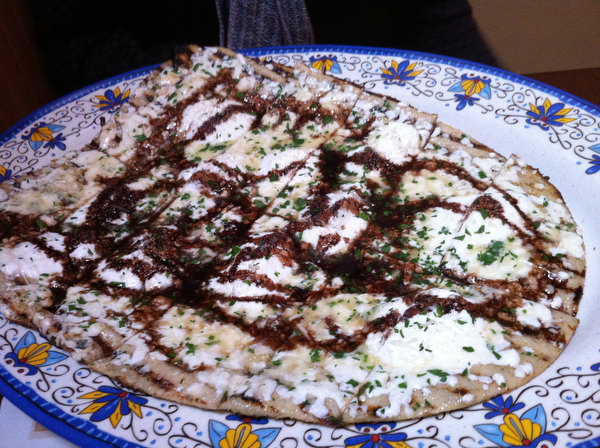 The Must Have is drizzled with vincotto, a sweet wine reduction.

The crunchy, chewy crust was offset with springy ricotta and sweet mozzarella, and the drizzle of vincotto, a wine reduction sort of like balsamic, was a welcome twist. This is the kind of pizza where your stomach says no more, but your mouth disagrees. Your mouth wins, and you take another bite.

The interior has lots of kitchy touches, which makes it welcoming and comfortable even though the room feels a bit open and cavernous. 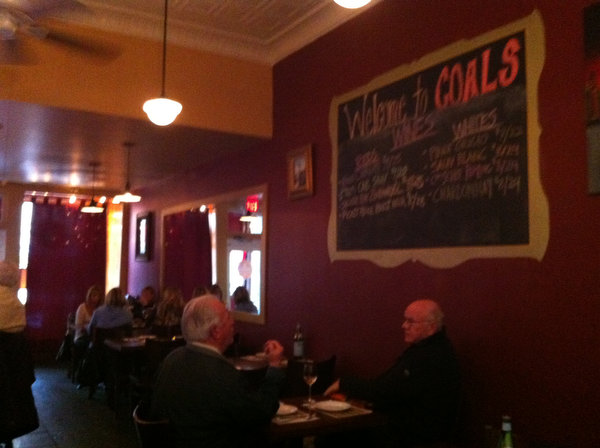 And Coals gets big points for its craft brews: there are 10 on tap. (Tim has been a home brewer for 20 years.) They offer a beer flight — a tasting of four for $9 — and are always looking to add nano-breweries (that’s smaller than a micro-brewery) to their selection. A new one on the list right now is from the Barrier Brewing Co. in Oceanside, N.Y. Some of their beer was in tanks when Superstorm Sandy hit, and the tanks were submerged in four feet of water. The water did not get in the tanks, fortunately, and the beer that’s out right now is called the the Submersive Series. Pretty cool.

I look forward to trying more of the menu; so far I’m suitably impressed! As for the competition with Tarry Lodge? There is none. These are two different restaurants for two different occasions, and there’s plenty of room for both. Go see for yourself.