With short, grey days and temperatures cold enough to make an Eskimo shiver, I haven’t ventured too far beyond my home or office very often. 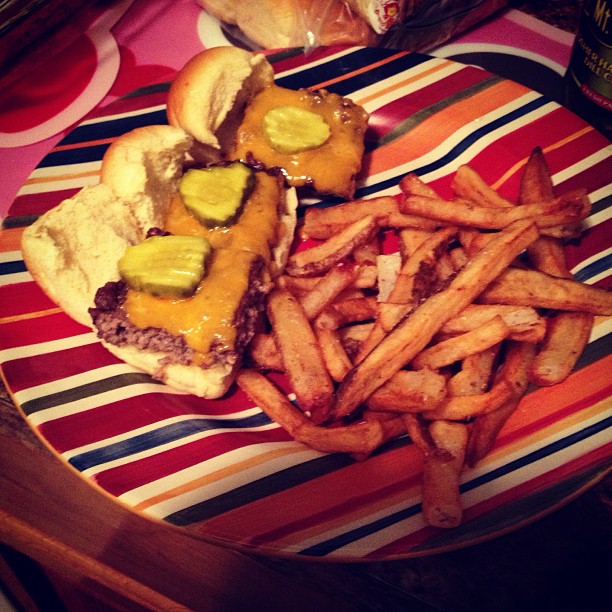 Instead, I’d rather spend my weekends cozied up at home, avoiding the wind chill at all costs. (Unless the weather shifts dramatically to the warm, like NYC area weather is wont to do. Then we’re out soaking up every second we’re de-burrito’d from our winter-wear.) The only problem with hibernating is that I not only have to keep my toddler entertained (thus how she became the proud owner of her very own circus tent…) but also myself and my husband. As a result, “A Little Sunday Somethin’”s came to be. Simply, Sundays are generally my shopping and laundry days and therefore yield the most free time to tinker around with new recipes in my “test kitchen”. So far I feel I’ve had some successes with this little project, even if my food choices have taken a turn for the sinful. I had to convince myself that I was making these STRICTLY to try them out for my mother-in-law’s Super Bowl soirée. But deep down, I knew that was but a farce. The recipe?

Sliders in the style of White Castle. 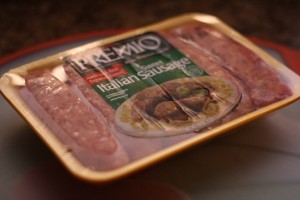 Listen, I get it why would anyone use their limited free time and resources to emulate the notoriously named “murder burgers”? Really? This is what I was serving my family for Sunday dinner? Belly bombers?! Yes, really, don’t judge me, I’m adventurous…and also a little bit gross. But I assure you, Big Red Kitchen’s recipe does yield burgers as remarkably tasty as the real White Castle sandwiches. Better even since they don’t come paired with the ethical dilemma of munching on “mystery meat”.

The first time I crafted these little gems, I followed the instructions to a t, including how important it was to use 80/20% beef. The authenticating factor of these is the layer of dried onions you start with and the recipe warned that leaner meat would not produce the enough liquid (re: grease) to reconstitute the onions, forfeiting that quintessential oily, oniony taste. However, the 80/20% produced nearly a soup’s worth of juice so that might not be entirely necessary. 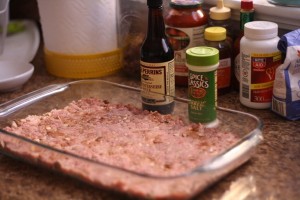 Besides closely resembling the munchies food of my teenage dreams, the format of these burger bites was actually kind of brilliant. They stayed juicy but didn’t present the age-old issue that burgers have where they plump up while cooking and drip scalding hot liquid with every chomp. Also, these instructions as a guide, I knew that there were also ways to tweak the ingredients and put more spins on them. The following Sunday I went at these again only this time with a few swaps and making the sliders my own. I made two batches, one with a leaner beef/pork blend and one with sausage meat. I threw in some chopped, raw onions in to the beef blend and topped the mixture off with some splashes of Worcestshire. As for the sausage, I sautéed up some diced up onion and cubanelle and made bite-sized versions of sausage and peppers. 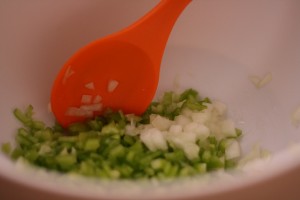 Not only was I able to bake off both batches within twenty minutes, but creating them in a pan as such made them simple to slice up and serve en masse. They are indeed a hit and I have successfully passed the test to be my contribution to my MIL’s Super Bowl spread. (I plan on setting the burgers up completely on their buns, topped with a dill slice and keeping them warm in an aluminum steam tray. Probably will only add to the legitimacy of the taste!) For the Big Game I will likely stick with the original copy-cat recipe, but might try my hand at the infamous jalapeno version as well. 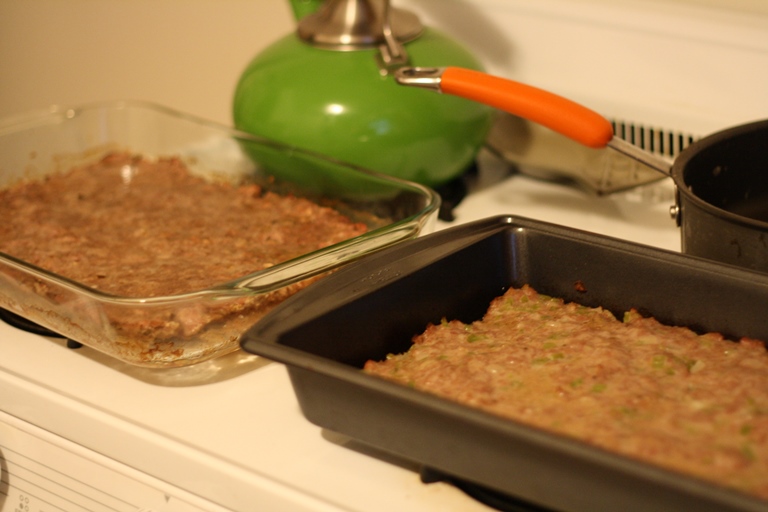 Surprise bonus of these! I gave my kiddo the less greasy, mushroom beef version for dinner one night, going on the basis that she loves the little potato rolls I served them on. They were a hit, and once again we both loved that they were barely messy at all. Next time, I will try an even healthier version (probably turkey) stuffed with veggies and see how that goes over. 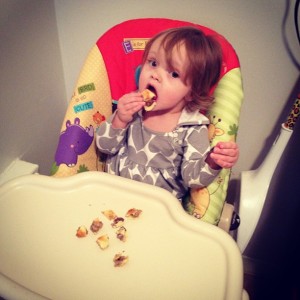