People are reading
You are at:Home»Columns»Spices and Seasons – Chinese Inspired Salmon with Star Anise 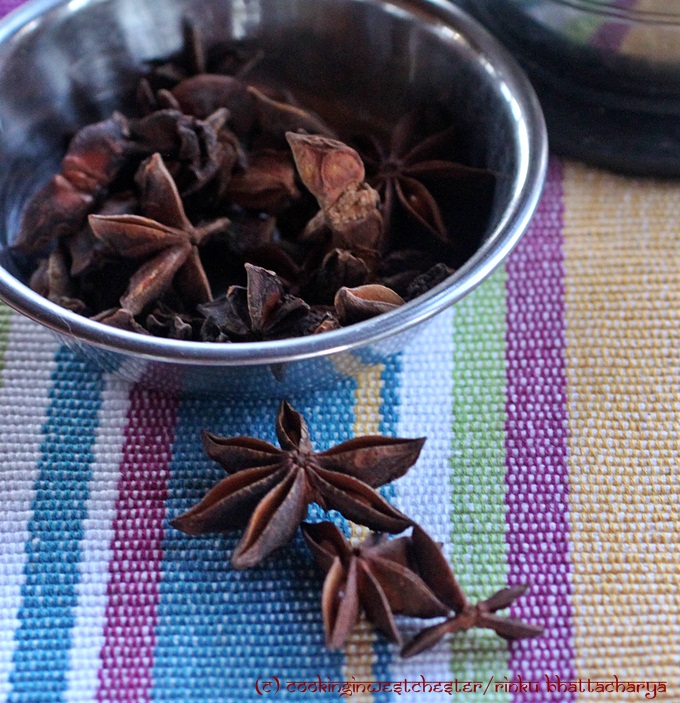 With February here, chances are a lot of your are thinking about February events and holidays. It is of course the month where romance is in the air and then there is the Chinese New Year. All of this, makes Star Anise a lovely spice to talk about. It is of course a pretty spice with warming notes and depending on which of the groundhogs you want to bet on, you will still have enough of the cold weather to enjoy the fragrant notes of the star anise.

The Latin name of the plant is Illicium vernum, the spice is a native of China and Vietnam. China still remains the largest manufacturer of the spice. It is however, cultivated in India, Laos, the Philippines, Indonesia and Jamacia. It was first introduced to Europe in the 17th Century where it was mainly used in baked goods and in the making of fruit compotes and jams as well as in the manufacture of anise-flavoured liqueurs such as anisette and Pernod, usually in the form of the oil which is produced by a process of steam extraction.

The spice closely resembers the anise in flavor and is the fruit of the plant that are harvested just before ripening. Now, if you have romance on your mind, you will not be totally out of luck with the star anise. It has a lot of medicinal qualities and works as an aphrodisiac as well.

The recipe in itself is incredibly simple pairing hoisin sauce with fresh citrus and ginger and of course the star anise. Since the star anise is fairly strong, this kind of light cooking works very well, since it infuses fish with flavor without drowning out the other gentle flavors. This simple baking marinade is one of the staples in my household and it works well on both chicken and on tofu. So depending on your mood, feel feel to play around or vary the recipe.

Here I have paired this with simple turmeric and thyme potatoes, another simple and lovely recipe that can be found here and depending on your planning they can actually be cooked together.

A simple recipe for baked salmon with a Chinese inspired poaching sauce.

Rinku Bhattacharya is a daytime financial professional, who spends the rest of her time immersed in food. Rinku is the author of the blog,  Cooking in Westchester, where she shares her life experiences and original recipes that combine Indian spices with produce from her backyard and local farmers markets. Rinku is blessed with a gardener husband, who always surprises her with a prolific and fresh supply of produce to keep her creative instincts flowing. Rinku has been teaching recreational cooking classes for the past six years, and her newly released cookbook the Bengali Five Spice Chronicles,  highlights and offers many simple recipes from Eastern India. Rinku can be found on Facebook, Twitter, and Pinterest