Everyone who’s ever seen one of their beloved movies re-made knows the golden rule: don’t mess with the original.

There are some things in life you just hold sacred. That is to say, there are some eateries in Westchester I just hold sacred. These places don’t have to be the most impressive, the most original and they can even be chain restaurants. For me, these joints would have to be the Argonaut diner on Yonkers Avenue – a place I spent a significant portion of time falling in love with my future husband at. TGIFriday’s in Tarrytown – my Dad would take just me and my sister to it as kids, also a staple of my after-hours haunts in my waitressing days, (also had my first drink right as I turned 21 there, if we’re splitting hairs.) And finally – Pizza & Brew in Scarsdale, a favorite Westchester institution of mine with too many sentimental moments to count. While the former joints remain uncompromised and any changes have been subtle and timely, the same cannot be said for the latter. In fact, “Pizza & Brew” no longer exists. Instead, Racanelli’s New York Italian stands where my formerly favorite “pizza place” once stood.

Oh how the mighty have fallen. 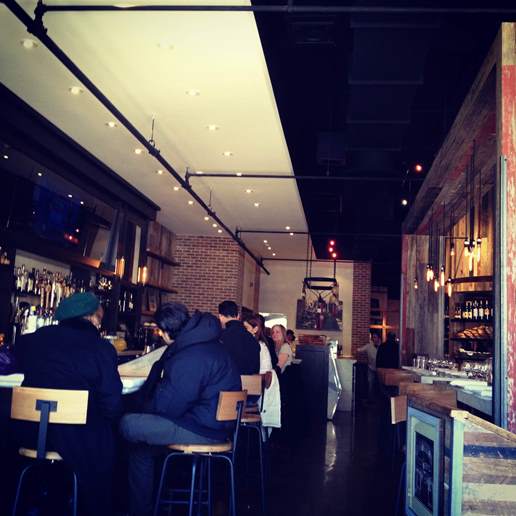 Before I get in to this, there’s something I need to come clean about, as it is only fair. Contrary to what my earlier disdain would have you believe, Racanelli’s facelift is amazing. Seriously! The place looks so fresh and updated and, dare I say it, cool. Scarsdale’s Pizza & Brew used to be a cramped, old fashioned, typical red-sauce restaurant that at one time over-saturated lower New York. It was a Friday night hot spot, and very kid friendly with its old-school subway train décor and rotating dessert display case. This was before the days of #fridayfishdish challenge, and families were often piled up, feasting on Lent-friendly fare. These days, the floor space has opened up, proudly displaying exposed brick walls and what appears to be re-claimed wood seemingly sourced from wine barrels. A large, inviting bar is directly to your left when you enter, as are two, long, marble bar stool tables. A large chalkboard displays drink specials, including a 4-6:30 PM week day happy hour. If I were a new customer & Racanelli’s was a brand new spot I was checking out for the very first time, I’d not only be impressed but it would be on my list for a round of drinks with buddies or a simple date night with my hubby.

But it wasn’t my first time. Far from it – and I wanted Pizza & Brew, not Racanelli’s.

For the record, I enjoyed the hell out of the salad we ordered for the table to whet our whistle – a healthy serving of mixed greens topped with roasted red peppers, tomatoes & fresh mozzarella. The draft beer list is impressive, especially with the addition of a draft root beer which I ordered and was delicious. Color me impressed when the server came to the table bearing a basket of bread sans butter, instead offering up a pile of fresh ricotta with a drizzle of fruity olive oil. (Back in the day I would forego the butter altogether, choosing instead to dunk hunks of crusty bread in to their balsamic vinaigrette. IT WAS HEALTHY BECAUSE IT WAS FOR SALAD!) I think it was wise that the team simplified their menu to fit on but one page, a page that also had plenty of white space leftover. And I found their pizza tasty – but it was a far, far cry from the Pizza & Brew days of yor.

You see, Pizza & Brew used to be a place to head to when you wanted pizzeria pizza in a restaurant environment. Where to go when you wanted to gorge on mozzarella & marinara treats, but wanted maybe a glass of wine on the side. It was still the typical, “New York” pizza, but served literally on a silver platter. The day I revisited my lifelong hangout, all I wanted was to order a pie of pizza and a salad in a familiar setting. While the setting was indeed impressive, it was by no means familiar. What’s worse is while the pizza boutique-y vibe is cool and I WOULD want to have a cocktail there, what’s to differentiate Racanelli’s pizza offerings from Burrata or Polpettina in Eastchester? Or Coal’s in Port Chester? Or even Tarry Lodge? I’m just saying that the concept is not that new and now we’re down a Westchester staple with fewer and fewer places just to get honest to goodness pizza pies. 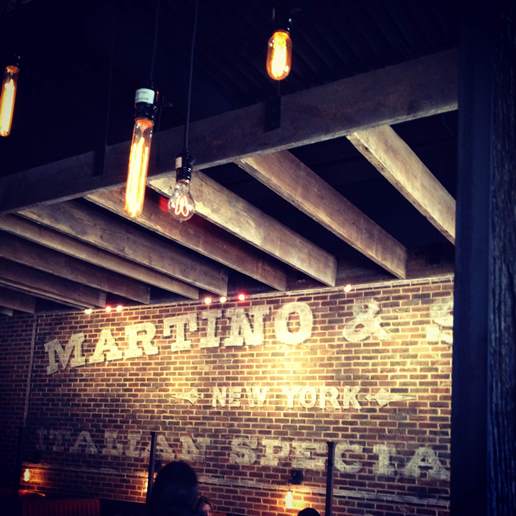 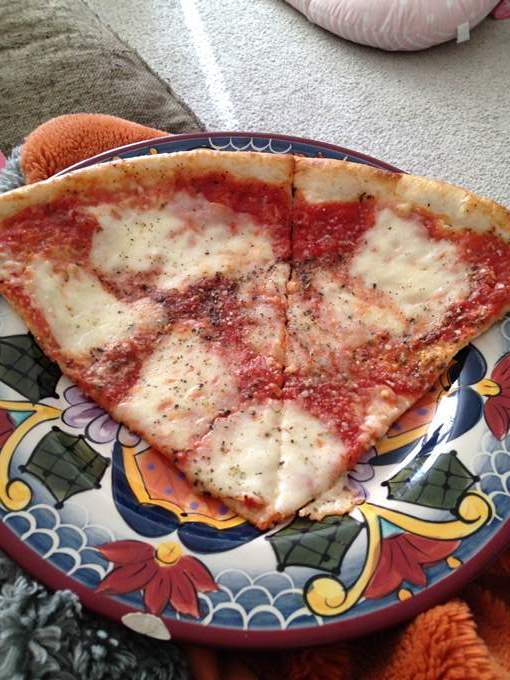 To be totally fair, I get it – the place needed an update. It was dated and hokey and as delightful as the desserts in the spinning display case appeared to my child eyes, I’m pretty certain my child eyes and my adult eyes gazed upon the very same confections. I also really do like that they simplified their menu. I just think they forfeited their original – albeit a little dated – concept for one that is already being done successfully around town. Now, I home-cook, but I for sure have never even dreamed of opening a restaurant. I just know what I’d like to see around my extended neighborhood, what I would like to see more accessible to me than a trip to Manhattan. I would like to have seen Racanelli’s take their menu in the direction of Little Italy’s Parm or the NYC mini-empire, The Meatball Shop. These places have miniscule menus as well but focus on perfecting Italian-American specialties like Parmigiana and meatballs. I’m not quite sure what Racanelli’s needed to do, but they definitely shouldn’t have messed too much with the original.

Heads up, there are at least two more Racanelli locations in Westchester. (I feel like there are more, but I am having a hard time finding a site summarizing all the locations, instead of just individual sites for each one. It is clear they are trying to differentiate between each.) I phoned a friend who I knew had visited the Rye & White Plains joints to get her take on them. She informed me that the White Plains (more like Greenburgh) location still has a massive menu but all the “fan favorites” are MIA from the line-up. I checked it out and they put an interesting spin on it listing “Italian Tapas” and thematic small plates. Perhaps her biggest disappointment came in the form of the Rye location, which she visited once post-renovation, but pre-new menu, only to return again and find a whole new list of food offerings in place of the old stand-bys. She too was impressed by the appearance of the spots, but was left wondering what became of her beloved salad pizza and the like.

Ultimately it seems like the team at Racanelli’s has reinvented the wheel. This can be a good thing sometimes it takes an overhaul to make already wonderful inventions bigger, faster and stronger. However, let’s just hope that in this case, they haven’t reinvented the wheel to run themselves over with.