People are reading
You are at:Home»Drinks»Beer»Notes From the Captain Lawrence Tasting Room, Vol. 51

Putting the Sun in Sunday 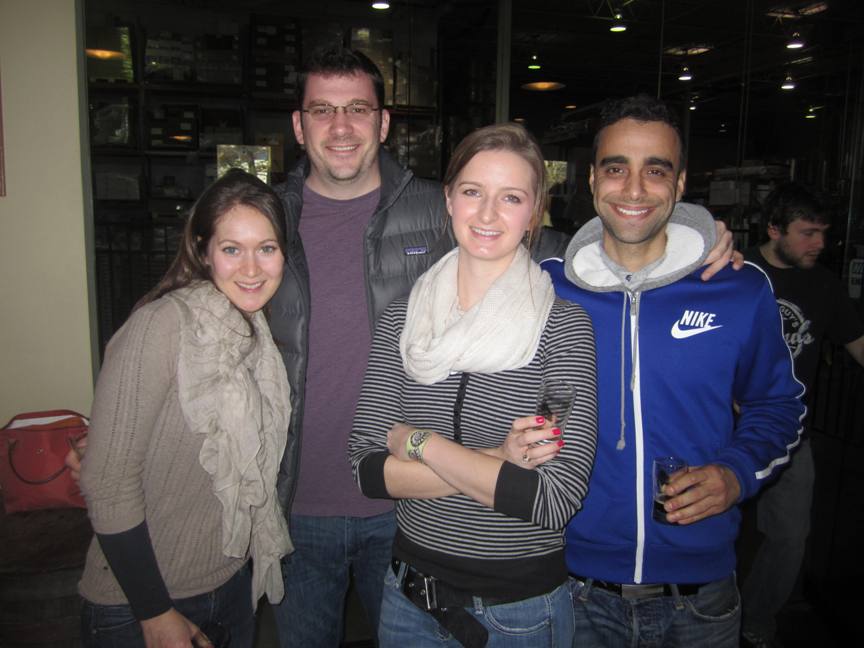 You never really need a reason to pop into Captain Lawrence Brewing, other than the tasty craft beer flowing freely, but Sunday did offer a few bonus ones. For starters, the 50 degree temps were making that surprise snowstorm a distant memory. And it was the first day of that unofficial holiday known as Daylight Savings Time—the sun still shining bold and bright close to closing time.

Amidst a pervasive feeling that Winter 2013 was…knock on wood…all but kicked, people looked longingly out the tasting room window at the beer patio, and thought of spring. “I look forward to the snow melting on the bocce court,” says Katie Jones of Norwalk as she samples a Liquid Gold. “I want this snow to clear out.”

Fleetwood Mac’s “Rhiannon” warms the tasting room. It’s a low-key afternoon at the brewery, much of the region not quite hip to the fact that Captain Lawrence is now open on Sundays. That suits Katie’s elbow-bending mate, Jill Duckro of Port Chester, just fine. “Saturday’s a little too crazy,” she says. “Sunday is nice and mellow.”

Jill, sipping a Ginger Man Ale, has been visiting the tasting room since the brewery’s Pleasantville days. Whenever family would trek in from Chicago and Ohio, she took them to the brewery. Eventually, her visitors would simply call from the Tappan Zee and plan to meet her at Captain Lawrence before making it to Port Chester. “Whenever company is in town, I bring ‘em here,” Jill says. “I love to show the place off.” 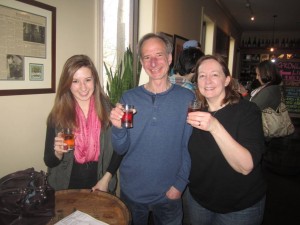 Jill just got off the phone with her sister, who broke the news that she’ll be a grandmother. Family appears to be a recurring theme in the tasting room; Laura and Eric Jacobson of Ossining are there with their daughter Melissa after seeing “Zero Dark Thirty.”

“Not as good as the beer here,” adds Melissa as she enjoys the Liquid Gold.

Across the room, Victoria Martin and David Michael Garr of Greenwich aren’t quite family yet, but they will be following their nuptials July 5th. Preparations are going swimmingly, they say, and the pair has made the bold call of avoiding the typical Van Morrison/“Have I Told You Lately?” first-dance song for Led Zeppelin’s “Thank You.” “Just a few things to tie up,” says David coolly.

“Meghan was coming out, so I figured the brewery would be a fun spot to meet,” Victoria says. “It’s something different to do on a weekend afternoon.” 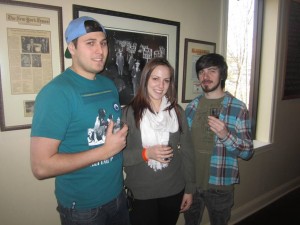 Elsewhere in the tasting room, Stony Point, NY mates Darrell Lowe, Claudia Omelanczuk and Andrew DeBellis are visiting for the first time. “My dad’s been here before,” says Andrew, “so we decided to check it out.”

Andrew sips the Smoked Porter, featuring coffee, licorice and dark fruit flavors, and the trio discusses some other flavor-rich options for dinner. Darrell is lobbying for the “Table Buster” pork/chicken/brisket/sausage/ribs cornucopia at Bailey’s Smokehouse across the Hudson. He too digs the brewery’s new Sunday hours. “It’s better than going to church,” Darrell says with a smile.

At a nearby table, Carlos Carrea of Hackensack is also contemplating a trip across the river. After his car died earlier in the day, his friend Marc Kersh of Yonkers was kind enough to try to fix it, albeit unsuccessfully. Determined not to let a balky alternator ruin a perfectly good Sunday, the two are unwinding with a pair of Brown Bird Brown Ales.

“After the car trouble,” says Marc, “we said, ya know what? Let’s go to the brewery.” 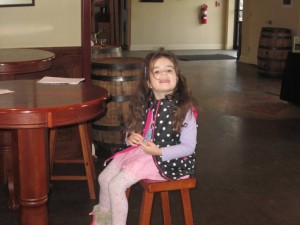