Hudson Valley Restaurant Week for some reason tends to fall around the time when we get rather busy with things at the kids school and other stuff. I might say that is a bad thing, however, after some more contemplation it actually seems like it might be a great idea considering the event ensures that we get out there and try some new places.

This spring version is turning out to be even more fun, after Liz has decided to mix things up a little bit with a scavenger hunt. And if you are like me, I suggest you read the clues a couple of times over, because, as I was writing this post I realized I nailed a couple more clues than I thought I had earlier. 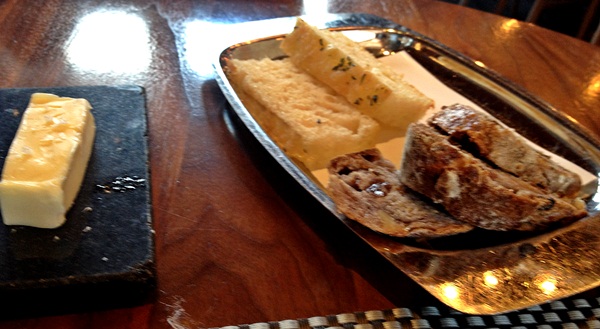 While there have been a couple of interesting stops, Moderne Barn was a lot of fun because I managed to sneak in there in between errands and was an unplanned surprise. I actually could not resist helping myself to some of the foccacia bread which was very good and set a prelude to the meal. 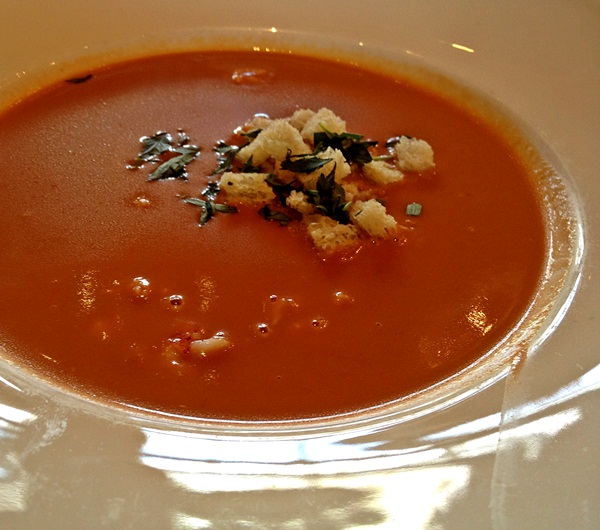 They had three sets of lunch options for the meal, in all categories which offered enough options without confusing the dinner. I started out with the lobster bisque and actually a glass of the Millbrook Winery, ” Proprietor’s Select Reserve” Tocai Fruilano, 2011. I am glad that this was one of the clues, since this fruity, fresh tasting white wine paired very well with my mostly seafood options. I think that it also gets me 50 points. 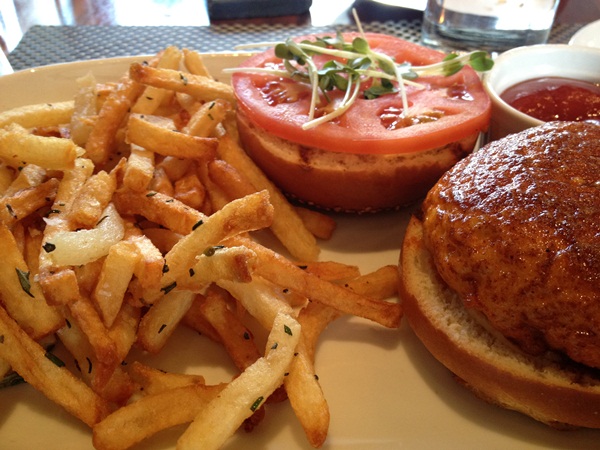 Speaking of local wines and spirits, they have a couple of other local options that I saw on the menu (was not able to check the others out though, however…) namely, the Kolsch from Captain Lawrence under Drafts and Ciders and the Imperial IPA also from Captain Lawrence in Elmsform in a 500 ml size. Onto, the main course I tried their Blackened Salmon Burger, which now that I think about it was a first and should get me 50 points (see how easy and fun this was).

I have always been skeptical about salmon burgers, but this one served with homemade aioli over a brioche bun has changed my mind. This came with amazing french fries with flavorful bits of thyme. It was quite a challenge to resist finishing them all. 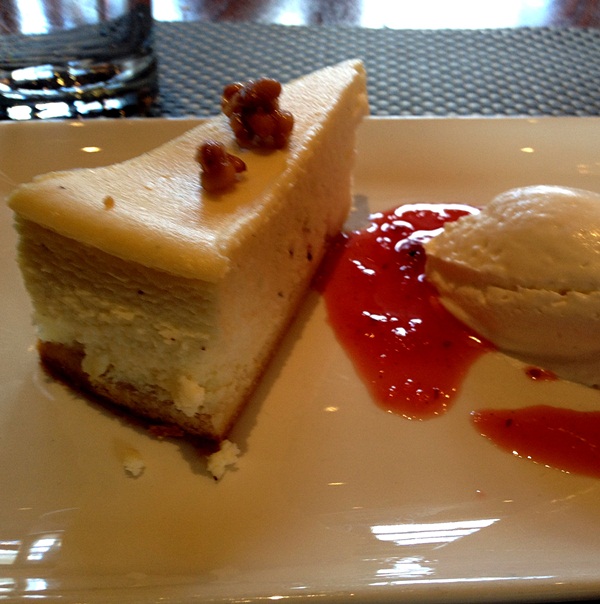 Finally, finishing down with a tahitian vanilla cheesecake that was light tasting and paired well with the cranberry compote that it came with. The creme fraiche dollop while rich tasting was probably unnecessary. I am thrilled to see that I have scoped out another great place not too far away from home. I cannot wait to try out more this week.