I am fond of telling my husband that most things in life can be circled back to a Seinfeld episode; and the other night was no exception. In the “yada yada” episode Elaine was recounting to Jerry and George that the best part of a date she had was the lobster bisque. Lobster bisque is one of the dishes I usually order on a menu when it’s listed – I love the velvety smoothness of the bisque and texture of the bits of lobster included. 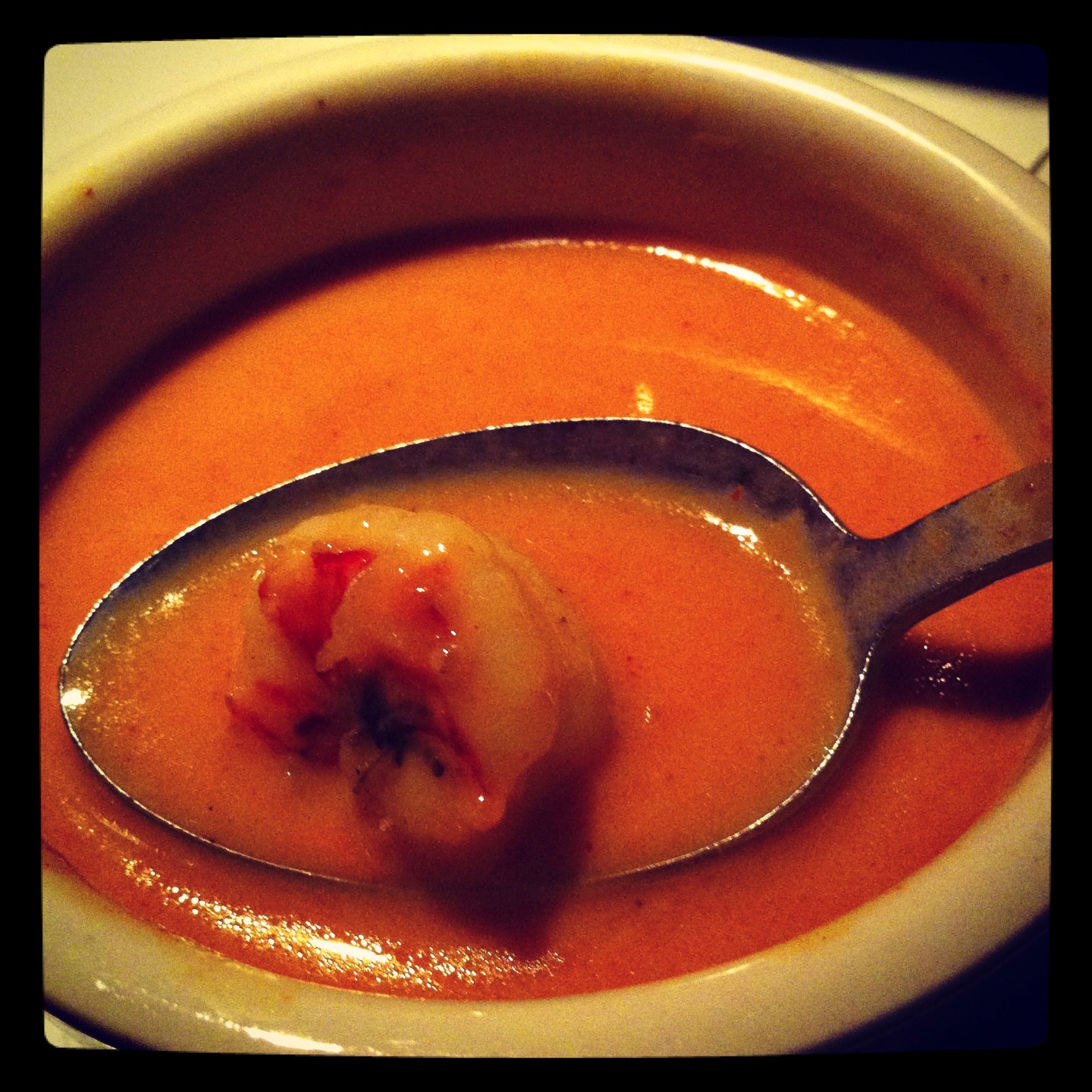 This past weekend we headed to  Elm Street Oyster House for a HVRW dinner and I’m happy to report theirs was not the only delicious thing we ate, but for me it was the pick of the evening. The bisque had a intensely flavored broth and was loaded with tender rock shrimp. Absolutely divine!

We arrived at 6:00 and by 7:00 the place was hopping. Elm Street is part of several restaurants that are located in NY and CT, and a restaurant Larry and I have eaten at many times. It’s in Greenwich, so a hop skip and jump for us. We were joined by our best friends Peter and Carin and had a great time. 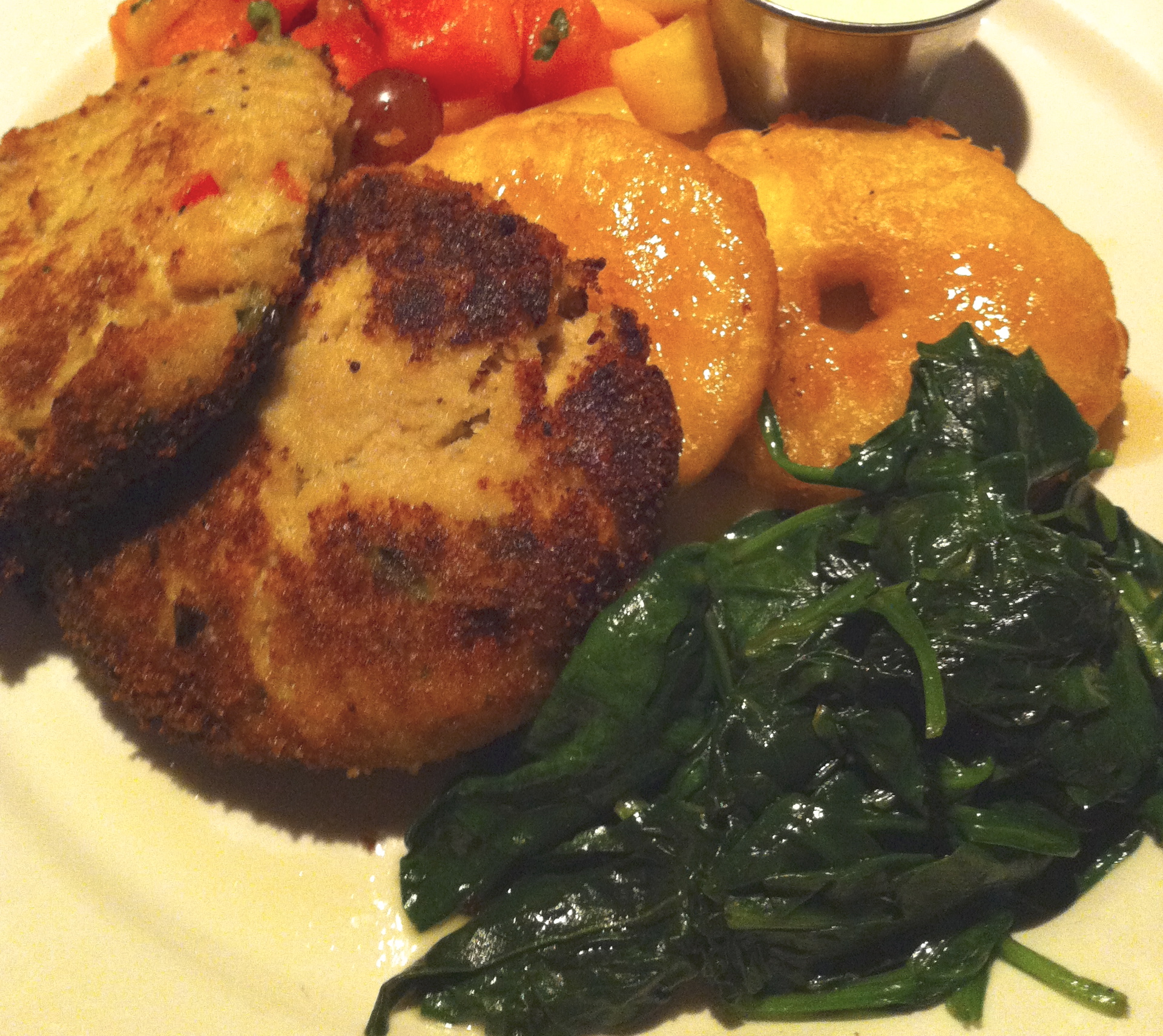 Larry and I had the HVRW menu options and they chose the regular menu. All great choices, we decided at the end of dinner, plus the bonus of half off bottles of wine! My crab cakes were moist and full of flavor and the apple fritter a nice addition with spinach. There was a side fruit salad with the dish that was not really necessary … but all in all I thought a beautifully composed dish. Larry had the battered fish which was also very tasty, but I am realizing now I forgot to take picture of it! 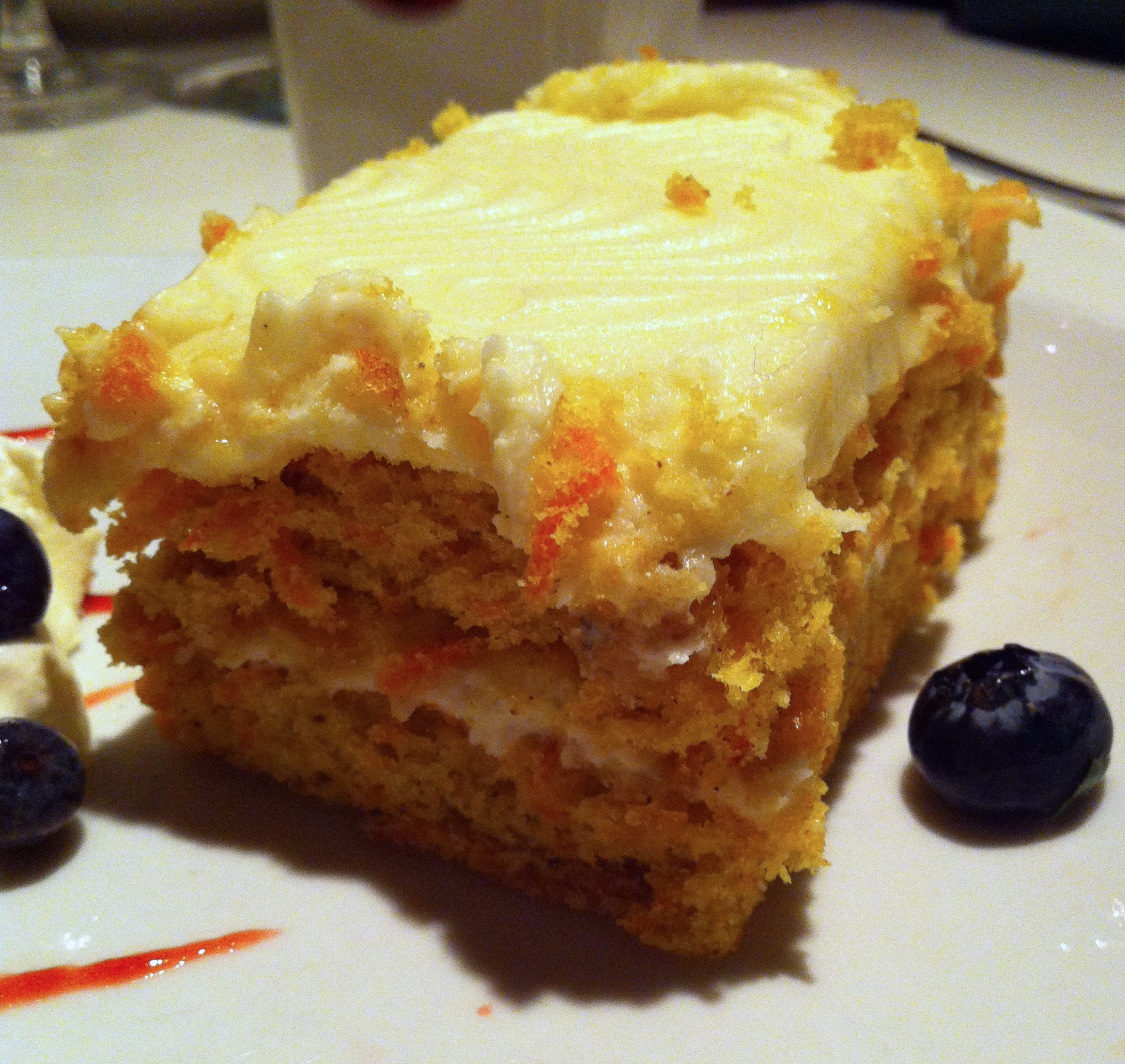 The desserts were similar to what we had a Morgan’s Fish House, in Rye last week (part of their group). Larry had the red velvet and I tried the carrot cake, which was really moist and bursting with flavor.

It was a great night out with friends and the bonus of being part of Hudson Valley Restaurant Week. You still have plenty of options to get out and taste the offerings of many restaurants. Check the restaurant list today and make your reservation. For extra fun do the Scavenger Hunt and have some fun!