Cooking with dill is not something I generally do. Generally it’s parsley, basil, thyme and occasionally rosemary. Dill has a particular flavor, a cross between anise and parsley, and lingers slightly on your palate. My earliest memory of tasting dill was probably in my mother’s Stuffed Grape Leaves. Her version was simply onion, rice and dill. I ate them growing up as a kid and it pretty much ruined me for any others. I’ve yet to find a good stuffed grape leaf to match hers. She doesn’t make them very much anymore, most likely because they are time consuming. (Perhaps this post will inspire her to make them for me when I go home for a visit in May?) Grape leaves aside, I got to wondering this week about the different ways we cook with dill. 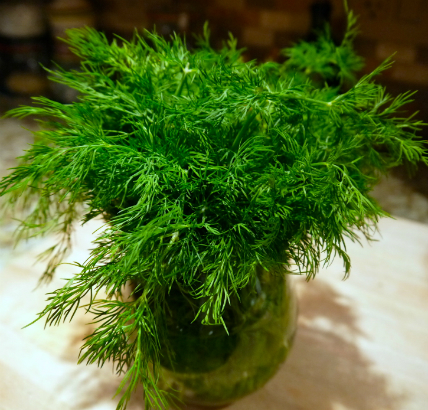 Dill was first cultivated in the Mediterranean and southern Russian, it is found in many cuisines.  Dill is not going to rock the vitamin world as a super food, but it does have some interesting qualities in terms of antibacterial  effects and as a carcinogen neutralizer. Fresh dill is fragile, so the best way to store it is in the ‘fridge, in water and covered. That said, I had this pretty bunch above in my produce drawer, in water and uncovered, for about 5-6 days. Most of my fresh herbs last that long, in the drawer. (I’ve basically relinquished one of the ‘fridge drawers to fresh herbs and lettuce.) Dill is paired with many different ingredients from around the world: salmon for gravlax, beets for borscht, yogurt of tzaziki and lentils in dals. I’m going the traditional route today and using dill to pickle, with eggs and with fish. 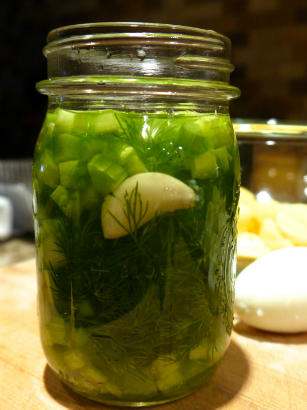 Let’s start with the ubiquitous egg salad. In my search for a twist on egg salad I can across this fun recipe at the Smitten Kitchen. I just love her site, it’s filled with loads of great recipes that highlight comfort foods “stepped up” a bit. So when I came across her version of egg salad, I just had to try it. In particular the pickled celery. I know what you’re thinking: sounds like too much trouble … Well, I must say you need to try this. I only pickled the celery for about 30 minutes, and boy did it add a very cool zing to the overall salad. Since I was using the dill a stashed a couple of stalks in the pickling liquid, along with a garlic clove. 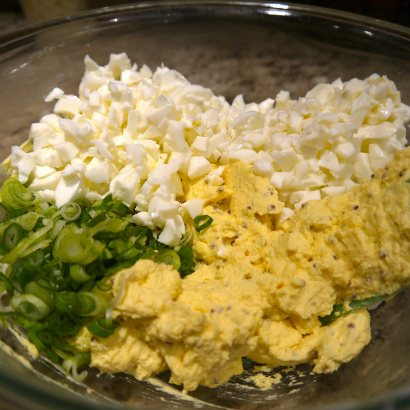 I stayed pretty close to her recipe for the egg salad subbing out a couple of ingredients and adding a few things here and there. 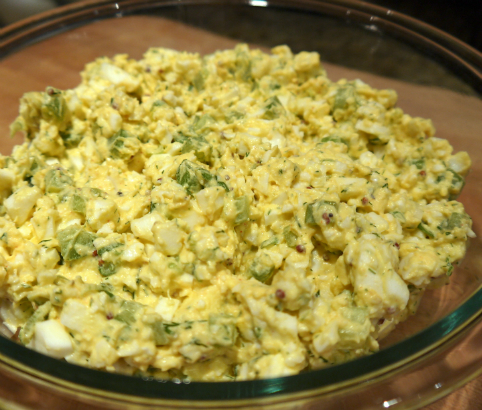 The celery is the key though. 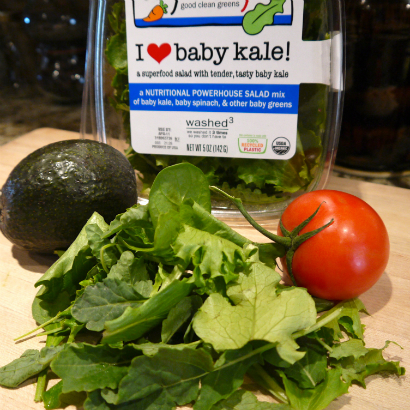 Now for the sandwich. I found this box of baby kale and spinach at Apple Farm last week, and thought I would give it a try. In terms of quantity, it’s a little on the pricey side, $4.00 for 5 ounces. However, you don’t need much for the sandwich, so this box will go a long way. Not to mention it’s packed with lot’s of good things! Larry loves to eat avocados, especially on his sandwiches, so that along with a nice juicy tomato was the ticket. 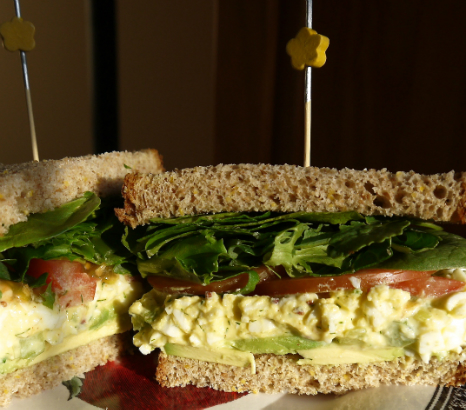 After the first bite it’s messy … but oh so good.  Click her to see my Egg Salad with Dill and Pickled Celery recipe, which is definitely a keeper! 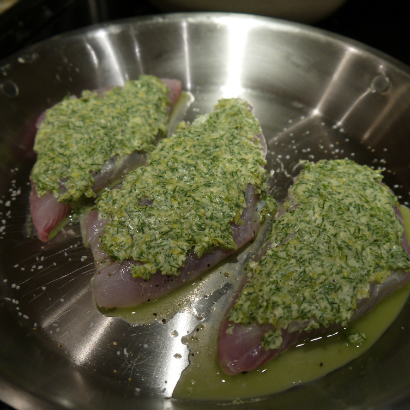 Last night, on a whim, I decided to use up the rest of my dill on some red snapper I picked up at Port Chester Seafood. I basically pureed 3 tablespoons of butter, 3 tablespoons lemon juice, 1 garlic clove and 1 tablespoon of lemon zest and spread it over my (salt and pepper) seasoned filets. Bake at 375 degrees for just 10 minutes. 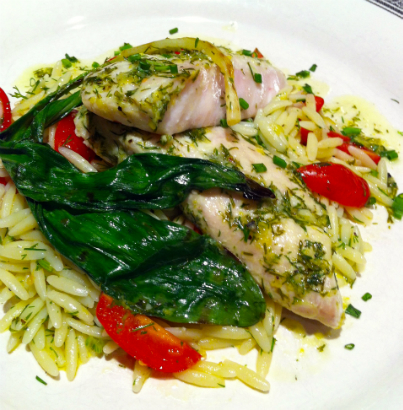 I served it over orzo that was combined with a dressing made with 1/4 cup each of olive oil and fresh lemon juice, 1 tablespoon of lemon zest, 3 tablespoons of minced dill, salt and pepper to taste. At the last minute I tossed in some quartered cherry tomatoes which Larry remarked were a great addition … “it just makes the dish,” he said!  (Don’t you just love that?) You will also see a beautiful ramp appearing above. They’ve made their first appearance, this one from Tarry Market, and I could not be more thrilled! Spring has finally arrived!

Next week I will have tarragon and chives … until then, Buon Appetito!