People are reading
You are at:Home»Drinks»Beer»Notes From the Captain Lawrence Tasting Room, Vol. 56

A quick skip through world history suggests that most every revolution began because someone had to start paying for something that they used to get for free. So when Captain Lawrence Brewing introduced a new policy earlier this month–$5 for 5 sample tokens, $10 for 12, and free tokens for buying merch—one had to wonder if those who’d become accustomed to free brew would be rioting up and down Rte. 9A, pitchforks and muskets in hand.

We polled people in the tasting room Saturday about what they thought of the policy, and waited for the onslaught of complaints. For sure, not everyone’s psyched to be paying for beer—just ask the guys behind the bar, who get an earful now and then. But no one we spoke to—and we asked them to be honest–said they had a problem with the new policy. 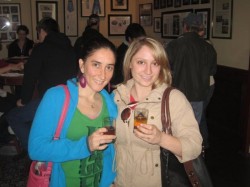 “This isn’t a Bud or Coors Light from the local bodega,” says Caitlin Doody of Dobbs Ferry, enjoying a Sun Block alongside her pal Jenn Michaelis of New Rochelle.

Jenn nods in agreement. “A lot of thought goes into each brew,” she adds. “And it’s only a dollar.”

Caitlin tried the Sun Block years ago in Pleasantville, and digs the new iteration, dry hopped with cascade hops for a little extra bite. The pricing policy hardly affects her, she says, because she buys a growler anyway, after sampling a handful to see what she wants, and the purchase pays her back in tokens.

Jenn couldn’t say no to the Wild Rover dry stout (“I have a sweet spot for stouts,” she says), and is also enjoying the Sun Block. “It gets you excited for summer,” she says.

There’s no line for samples and, as of 2 p.m., still an unclaimed table or two. Caitlin suspects it may be related to the new policy. “It weeds out the riff-raff who stand here and drink beer all day,” she says. 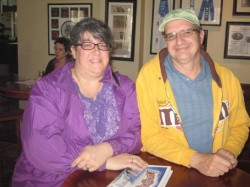 Across the room, Mike and Kathy Czajkowski of Schenectady are celebrating their anniversary. They’re staying in Tarrytown for the weekend, and found Captain Lawrence after googling “Tarrytown” and “Brewery.” (Captain Lawrence is actually in Elmsford, a quick hop from Tarrytown.) It is their first time in the brewery, so they never got to experience the former $2 glass/free samples policy. Mike believes the first sample after a tour should be free, but otherwise has no problem paying for fresh craft brew. He’s opted for the Liquid Gold, while Kathy enjoys the Freshchester Pale Ale.

The tasting room gives the Czajkowskis—or Mike, at least–a break from sight-seeing. “There are only so many historic houses I can take him to,” says Kathy. “I figured I’d throw him a bone.”

Mike raises his glass. “This is my bone,” he says.

Melissa Leonard and Monica Sheremeta also came from upstate—Oneonta, in fact. Monica works at the celebrated Ommegang brewery and is enjoying a Golden Delicious she’s purchased a bottle of. Melissa has the Smoked Porter. They too are cool with paying for samples, though Melissa offers a suggestion: Have one of the staff guys offer up tasting notes as she samples the Ginger Man, the Imperial IPA, the new raspberry-fermented Ruby Tuesday. “That’s sort of lacking,” she says. (For the record, there are detailed descriptions of the day’s menu in printouts around the tasting room, but Melissa would prefer they come from an actual person.) 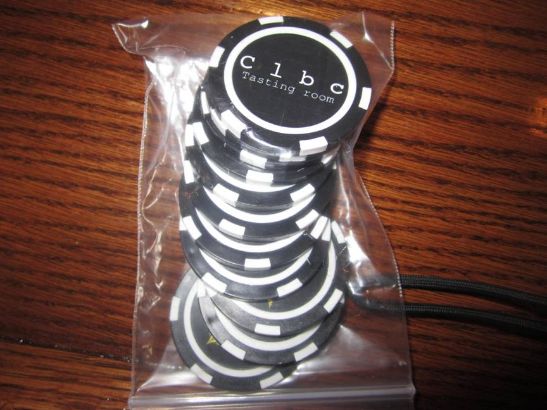 Elbows on the bar, the brothers Raum are toasting an old friend. Henry (“the older one,” Henry says), a retired Marine, lives in Quantico, Virginia. Willie (“the handsome one,” says Willie) is up in Croton. A pal they worked with in the ‘70s, at the Valhalla train station restaurant, has died, and his friends will soon meet up there and raise several glasses to his memory.

The man used to dress up as the Viking mascot at Valhalla High School games; the brothers say they’ll honor him by partying like Vikings tonight. The Raums—the older one and the handsome one alike–say $5 for five samples of quality, locally brewed beer is nothing to moan about.

“Giving out beer isn’t sustainable,” says Henry. “It keeps things under control, and it’s really not a lot to ask of people.”