People are reading
You are at:Home»Restaurants»Openings»Anyone Tried These Three New Restaurants in Westchester and Rockland? 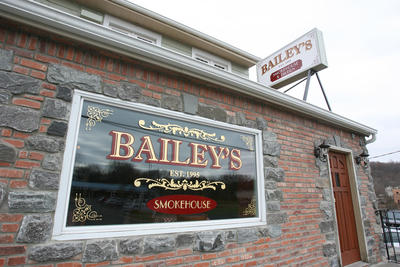 A few new restaurants in Westchester and Rockland on my radar this week. Has anyone tried them?

Keenan House Kitchen & Tap Room in Ossining: In the spot where Mauro’s used to be. Looks to have a craft beer-small plates-pizza-cocktails kind of vibe.

Liquid Kitchen in New Rochelle: Mariano Azar, the chef formerly of Patrias in Port Chester and Solera for many years. The web site is pretty bad, so I can’t tell what’s on the menu, but from Yelp, et al, it looks like tapas and fruity drinks.

Bailey’s North in West Haverstraw. The guys from Bailey’s Smokehouse in Blauvelt have opened in the former Martino’s Butcher Shop in Haverstraw, and I hear they’re going to be doing some butchering there, too.

We’ll be putting these on our list for “New on the Dining Scene,” but have you been yet? Any early word on these newcomers?