People are reading
You are at:Home»Chefs»Video: Chef Eric Korn Wins Round Three of the Golden Knives Challenge

I went to the Golden Knives Challenge on Thursday evening, and wow! What a great evening. I mean, what could be bad about a six-course tasting menu prepared by chef Eric Korn of Good Life Gourmet in Irvington and Sean Corcoran of Peekskill Brewery! 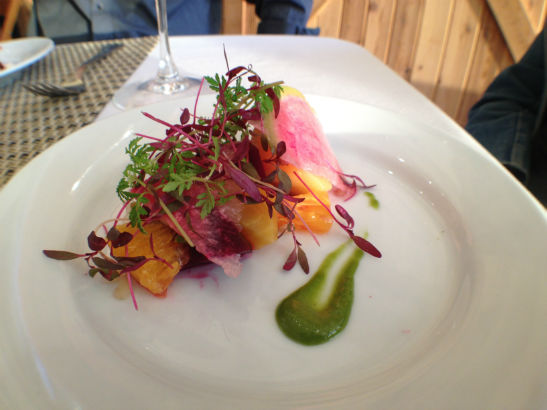 Golden Knives is a three-week long tournament at The Lodge at Hudson Harbor in Tarrytown, which pits six of Westchester’s chefs in a cooking competition.

Each evening features a three-course meal from two competing chefs. At the end of the evening, you cast a vote for the winner and the winning chef moves on to the next round. Tickets are $50 and include the chefs’ two appetizers, two entrees and two desserts. There are two seatings: 7 and 8:30 p.m., and the evening is BYO. 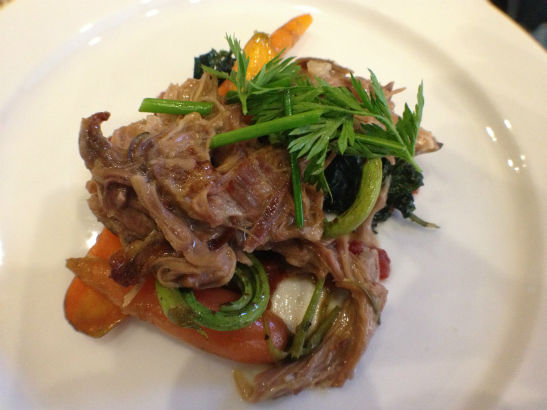 Turns out, Eric took home the most votes. But if you’re a big fan of Sean’s food, head on over to the Golden Knives Facebook page and vote him back as fan favorite!

The next elimination round will be held next week, so make your reservations! The three winning chefs and a fan favorite selected by votes on the Golden Knives Facebook page will advance to competitions on May 14 and 15. The winners of those dinners will cook off on May 22 and 23.

The winner gets a cash prize, which comes from the proceeds of the dinners, and a trophy. “It’s a big goofy trophy with knives and a chef’s hat,” says Eric Korn, above, who organized the tournament. “It’s as ridiculous as possible.”

I put together this little video. Enjoy!