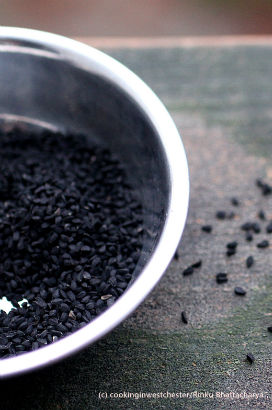 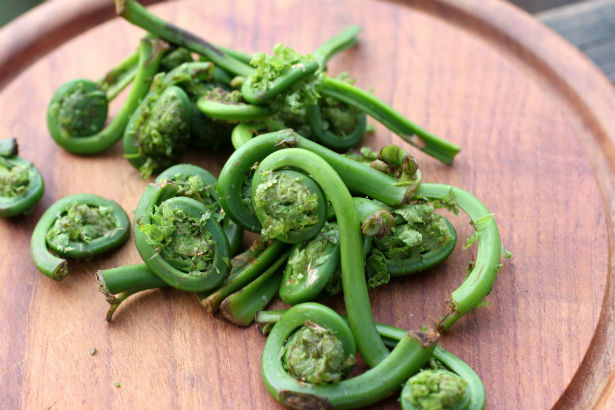 It has been a fun weekend, it seems like nature is alive, and singing around us, inviting us to join in its catchy and seductive melody.

In keeping with its tune, I have a whole spice that I frequently use in my kitchen for stir-frying and with all the greens and spring produce almost on its way most of us should be getting ready for stir-frying.

We are talking about Nigella seeds today, a shiny black spicy with a distictive smoky taste that adds character without over powering things. The closest flavor it seems to mimic for me is a combination of onions and oregano, and not surprisingly these seeds tend to be mistakenly reffered to as onion seeds.

I love to add it to quick stir fried for vegetables such as radishes, asparagus and almost anything that you can think off. The Hindi name for the Nigella is Kalonji, and I mention this only because I have had students who tell me that they have asked the Indian store keeper for Nigella and not had much luck. So, if your store man tells you he does not have Nigella try asking for Kalonji and you might have better luck.

Another seasonal favorite, that you find this time of the year is the fiddlehead ferns, I love to pick them up whenever they are in season, which at least for all the sources that I know is a relatively short season. The curled little ferns here are indeed the curled head of a fern, and Fiddleheads have antioxidant activity, are a source of omega 3 and omega 6 fatty acids, and are high in iron and fibre.

They can iritate your stomach if not cooked properly and therefore as a rule of thumb, I suggest we cook them for about 7 to 8 minutes before adding them to dishes and seasonings. Some of the common ways of eating them is cooking them with lemon and butter, eating them with pasta as in this recipe, but believe it or not fiddleheads are found in Northeastern India, and here I offer you a recipe from my cookbook, the Bengali Five Spice Chronicles that pairs the fiddleheads with nigella seeds.