People are reading
You are at:Home»Drinks»Beer»Broken Bow Brewery, opening soon in Tuckahoe

Owners: Michael LaMothe and his family: father Lyle LaMothe, mother Kathy LaMothe and sister Kristen Stone. They are all eagerly waiting for the youngest LaMothe, Kasey, to finish her degree in biological sciences so she can get to work in their labs. 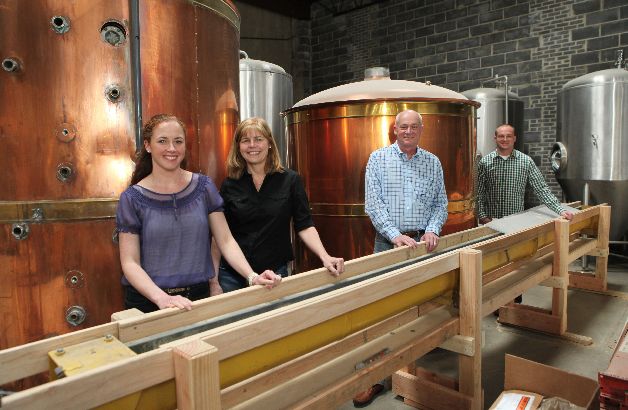 The space: The brewery, near the Crestwood train station, will have a bar and tasting room, which is also available for private events. In keeping with the slogan ( “If it ain’t broken, don’t drink it”), industrial factory parts from the warehouse’s previous tenant — a tile manufacturer — are being repurposed to give 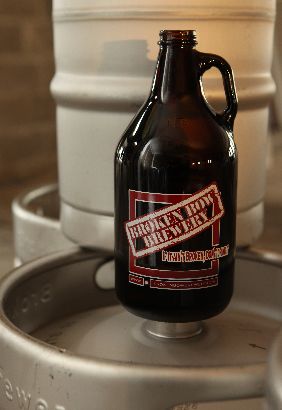 the tasting room a cool, rustic vibe. A broken multi-faucet sink will become its taps and a massive drill bit will become a table.

What’s on tap: Three mainstay brews: Broken Bow Lager, Stout and American Pale Ale, a style with a heavy, American-grown hops flavor and aroma, balanced out with citrus for a clean finish. “Our pale ale is similar to a West Coast style,” says Michael. “It has a medium ABV (alcohol by volume) and a lot of citrus notes, specifically grapefruit.” For reference, a similar well-known beer is Sierra Nevada Pale Ale.

Backstory: Michael LaMothe was living in a tiny apartment in Stamford, working in finance. He was a homebrewer, but never thought of making the transition from hobby to vocation. Under the tutelage of industry veterans, like Charley Ewen of the successful but now defunct Saw Mill River Brewery, he learned how to enter the brewing game with a top-notch product. He also did an internship at Village Brewery in Calgary, where he learned from Larry Kerwin, a respected brewmaster with 20 years at Molson. “Charley knows a lot about the recipes and the history of beer,” says LaMothe. “Larry, on the other hand, has been very instrumental in getting me to understand the equipment and adjusting for the larger volume.” He shifted from financial adviser to brewmaster two years ago and brought his family along for the ride.

Where you’ll find it: Pending construction, LaMothe plans to be open and brewing early summer. Taste at the brewery, and buy a six-pack or growler to go. Drafts will be available at a few local restaurants as soon as they are up and running.