People are reading
You are at:Home»Chefs»Chef Eric Korn Moves on to the Finale of the Golden Knives Challenge

The Golden Knives Challenge is becoming less and less of a competition, and more a culinary arts show. (Well, don’t tell that to the final three chefs, who are still working hard to present the best dishes.) But for diners, it’s the rare opportunity to watch these chefs cook outside the box; for example, instead of something from Peekskill Brewery’s menu, Chef Sean Corcoran is serving lamb. Don’t expect one of those homemade dogs from The Village Dog’s Chef Carl Van Dekker—his first round’s simple pea trio represented a range of flavors (and don’t think we didn’t notice that pea soup as a palate-cleanser ).

Then, there’s Chef Eric Korn, who last night sent out a braised short rib pho. Some people ignored the chopsticks offered, and started to dig in before the broth was even poured on top of the items in the bowl. But once the waitstaff had the time to explain and serve the broth, people sat back, amazed. This pop-up restaurant concept offers one of the best meals you can get in Westchester, and pushing diners’ own limits by offering foods they may be unfamiliar with.

Golden Knives is a three-week long tournament at The Lodge at Hudson Harbor in Tarrytown, which pits sseven of Westchester’s chefs in a cooking competition.

Each evening features a three-course meal from two competing chefs. At the end of the evening, you cast a vote for the winner and the winning chef moves on to the next round. Tickets are $50 and include the chefs’ two appetizers, two entrees and two desserts. There are two seatings: 7 and 8:30 p.m., and the evening is BYOB. 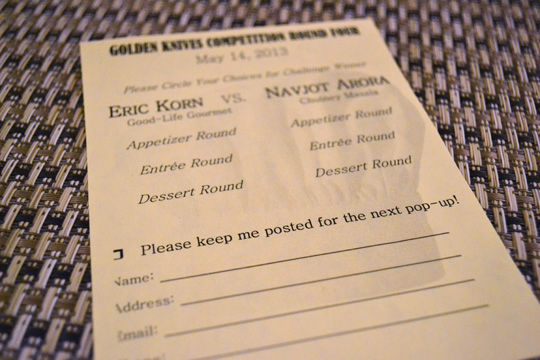 Yesterday evening was the first night of round two, where Chef Korn faced off against Chef Navjot Arora of Irvington’s Chutney Masala. The voting changed this round. Instead of placing a vote for the chef of the evening, diners were asked to vote by course. While Chef Arora showcased traditional Indian dishes and techniques, Chef Korn’s first course pho was the surprise of the evening—a little something unexpected from the catering master. 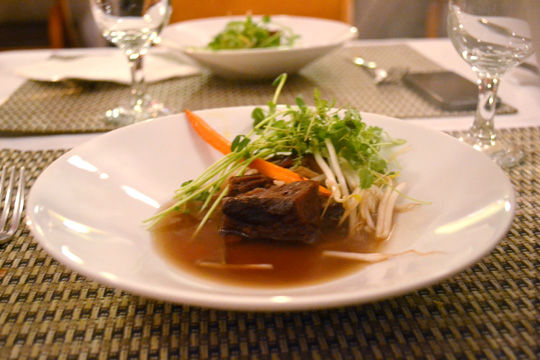 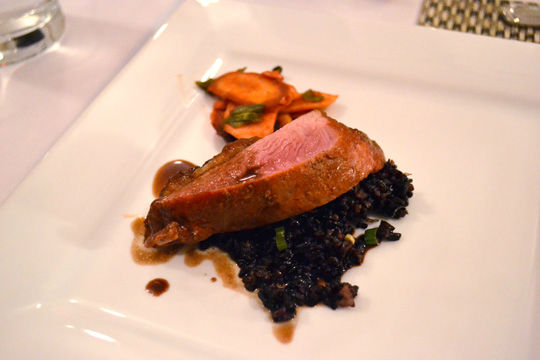 The evening was much cooler than last week, and with the chefs cooking outside, it presented a challenge when it came to the main course. Both chefs handled it well, with Chef Korn delivering on a pan-roasted duck breast paired with forbidden rice and carrot kimchi. 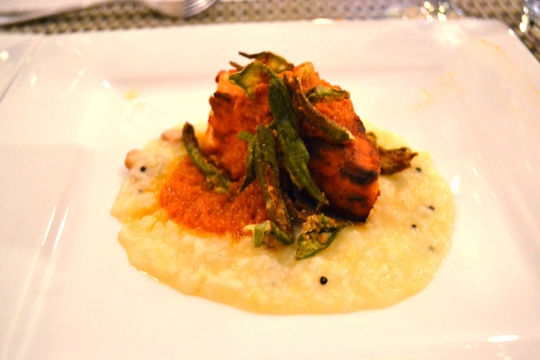 Chef Navjot cooked a salmon in the tandoori, and served it atop lentil risotto, crispy okra, smokey coconut tomato sauce.

The winner was announced on the Golden Knives Challenge Facebook page this morning:

“Results are are! In last night’s first semi-final round, Chef Eric won against Chef Navjot with a very narrow margin. Diners were mainly split on entrees, while they preferred Eric’s appetizer. A win by Navjot on dessert made it an extremely close vote.”

This evening, Chefs Van Dekker and Corcoran will face off to see who makes it into next week’s finale. 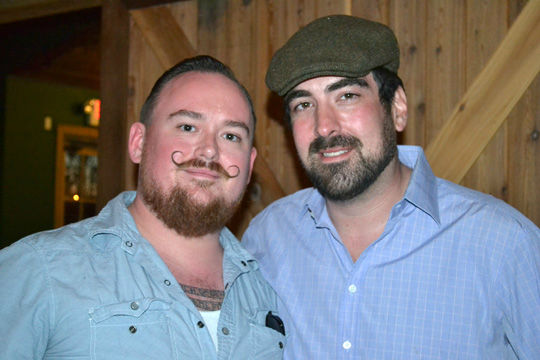 The winner gets a cash prize, which comes from the proceeds of the dinners, and a trophy.

Here’s a video of the quarter-final round last week: