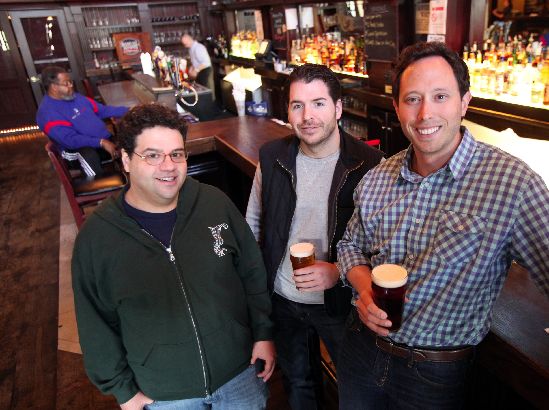 The space: While Rubbo and Califano search for a location in their downtown namesake, they are working out of the Thomas Hooker facilities in Bloomfield, Conn. They hope to have a home, with a tasting room, “no later than the fall.” 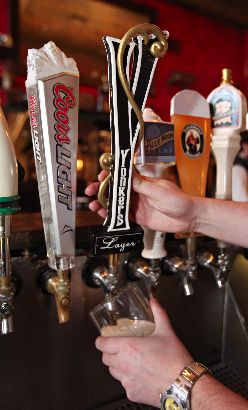 What’s on tap: Yonkers Lager is the flagship, and aspires “to bridge the gap” between highbrow craft beer drinkers and those who are more familiar with the taste of common macro-beers, like Anheuser-Busch and Coors. He says many craft brewers make IPAs (India Pale Ales) because there’s more room for creative flavoring, “but it’s difficult to approach an IPA if you’re used to Heineken or Bud Light.” Yonkers lager is smooth and not too bold for novices, it’s the perfect companion to barbecues or watching a game. They also craft a Honey Blonde Pale Ale made with honey from Hudson Valley as well as a Pear Wit, a Belgian style wheat ale with a hint of pear, both of which are produced in smaller quantities than the lager and “fly off the taps” when they make an appearance.

Backstory: The two friends began their foray into homemade beverages with wine, crediting their Italian cultural background. Then one day, a realization hit. Sure, wine is fun to make, but what did they actually drink? Beer. Rubbo and Califano bought a kit and started researching. Trial and error proved neither had the natural beer-making skills they were hoping for, so they brought in professionally trained brewer Sharif Abou-Taleb. “Nick and I created a paragraph with the color, taste and profile we were after. He (Sharif) came back a week later and totally hit the nail on the head,” says Rubbo.

Where you’ll find it: Yonkers Lager is already on tap at Growlers Bar Bistro in Tuckahoe, BUtterfield8 in White Plains, The Craftsman Ale House in Harrison, Burke’s Bar in Yonkers and almost 40 more restaurants and bars in the area.