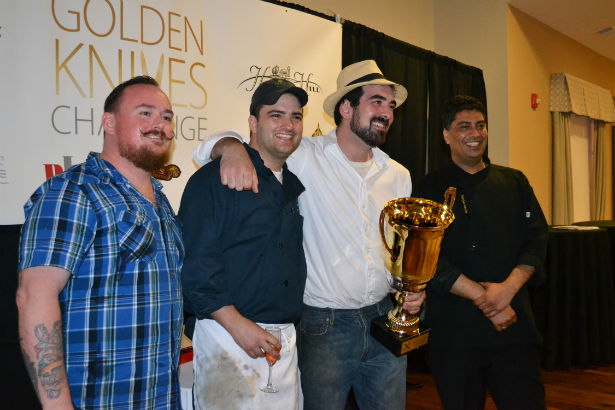 The chefs battled it out in a two-evening finale, both serving a three-course meal to more than 250 guests. Thursday evening began early with a red-carpet affair featuring passed hors d’oeuvres from Chef Korn and Chef Navjot Arora (Chutney Masala, Irvington) and tastings provided by Peekskill Brewery, Captain Lawrence Brewing Company, and Aries Fine Wines and Spirits.

With heavy rains rolling in, cooking outside certainly proved to be a challenge, but the courses didn’t seem to skip a beat (Chef Sean Corcoran of Peekskill Brewery and Chef Arora both offered a helping hand). Chef Van Dekker started with a rabbit terrine with spring greens, apricot and pistachios. Chef Korn plated a soft shell crab with brown butter atop broccoli rabe and toasted almonds.

Chef Korn’s second course, “pork and beans,” was a far cry for the traditional dish—the pork belly and loin combination was served with heirloom beans, grilled ramps and onion jam. 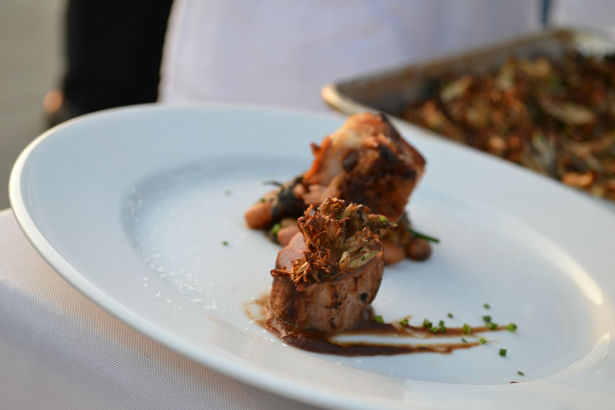 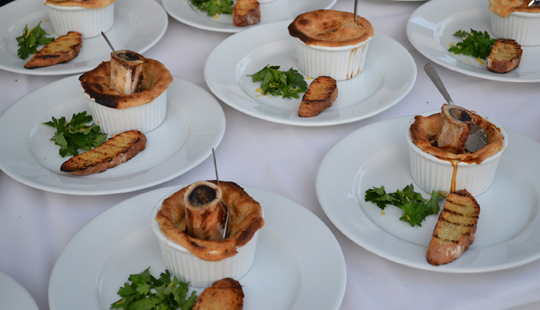 Chef Korn finished the evening with a cheese course. The whipped triple cream was a rich balance to the sautéed pears and homemade hazelnut cookie. Chef Van Dekker give a nod to his Tarrytown neighbor, ending his courses with a bomboloni with Mast Brother’s chocolate and a Coffee Labs Roasters milkshake. 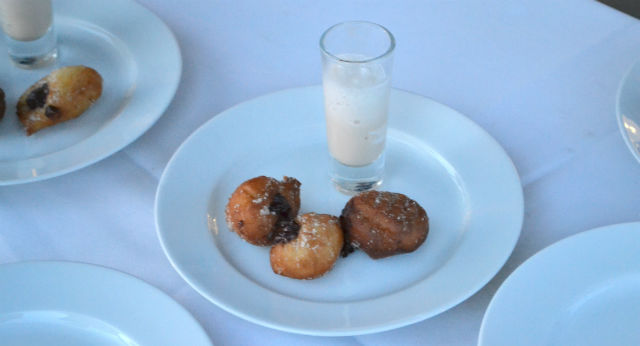 Chef Van Dekker was announced the winner late in the evening amongst family, friends and diners at the last seating. Chef Van Dekker quickly brought the golden trophy over to Aries Fine Wine and Spirits proprietor Andrea Kish, who filled it with champagne. After taking a sip from his prize, he handed the trophy over to his competitor. 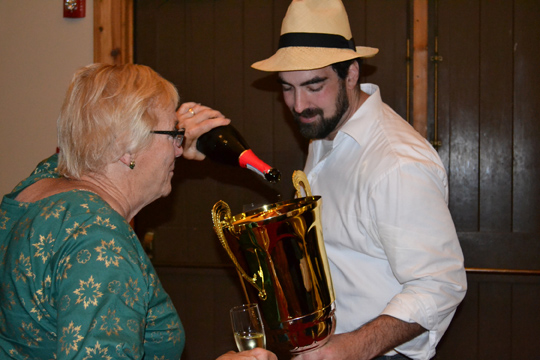 The two will be pairing up in June to offer a pop-up restaurant at The Village Dog in the future. For more information, visit the Golden Knives Facebook page.

Golden Knives was a three-week long tournament at The Lodge at Hudson Harbor in Tarrytown, which pitted seven of Westchester’s chefs in a cooking competition. Each evening featured a three-course meal from two competing chefs. At the end of the evening, diners cast their vote for the winner and the winning chef moved on to the next round.

The Lodge is the clubhouse for the condominiums at Hudson Harbor, on the water in Tarrytown. It’s adjacent to River Market Bar & Kitchen, the new restaurant being opened by the owners of Crabtree’s Kittle House in Chappaqua. The Lodge is at 2 Hudson View Way in Tarrytown.