People are reading
You are at:Home»Events»Summer Pig Roasts in the Lower Hudson Valley

The spirit of a pig roast is quintessentially summer. An open fire rotisserie, smoky barbecue aromas hanging in the warm air. It’s memories in the making. Sure, the whole concept has sort of a down-home vibe to it, but add good beer, live music and sunshine? A perfect summer afternoon.

Captain Lawrence Brewing Company, Peekskill Brewery and Zuppa Restaurant in Yonkers will all be hosting pig roasts this year, all with plenty of beer and lively entertainment.

It’s a first for Zuppa, which is holding the roast under a tent behind the restaurant, and the second annual roast for Peekskill Brewery, also held outdoors in the north parking lot under a tent. And this year marks the fourth time that Scott Vaccaro of Captain Lawrence is hosting his popular pig roast. The event didn’t happen last year because of the move to his new space in Elmsford.

“The first time it was basically me cooking a pig and hoping people would show up,” says Vaccaro of the increasingly popular pig roast. “And then the last time we did it 1,000 people came.”

This year he is ready for the crowds. Street parking is limited, so Captain Lawrence has organized free shuttles to run between the Pleasantville, North White Plains and Tarrytown Metro North stations and the pig roast throughout the day. And if you’re chasing that feel-good barbecue kind of day, you can play bocce ball and corn hole on the brewery’s outdoor patio. 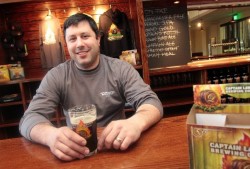 Details: Noon to 6 p.m. June 22; Tickets $40 online, $50 at the door, includes event, beer and transportation. Buses will be provided from Pleasantville, North White Plains and Tarrytown train stations from 11:30 a.m. to 6:30 p.m. Part of the proceeds to Benefit Hemlock Hill Farms ‘Barnraiser.’

Food: Whole roasted pig and other food by Village Dog. 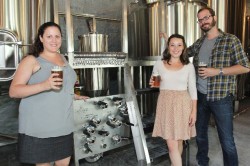 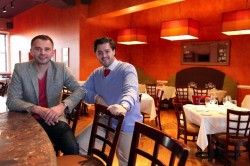 Food: A true Italian Sagra del Maiale, a festival of the pig that celebrates the equinox.

Entertainment: A live DJ and outdoor dining under a tent behind the restaurant.