People are reading
You are at:Home»Drinks»Beer»Notes From the Captain Lawrence Tasting Room, Vol. 66

It’s been half a year since it was Christmastime.

When “Notes” broke from the norm and delved into rhyme.

Our weekly dispatch is, as always, both droll and terse.

But this week we deliver our story in verse. 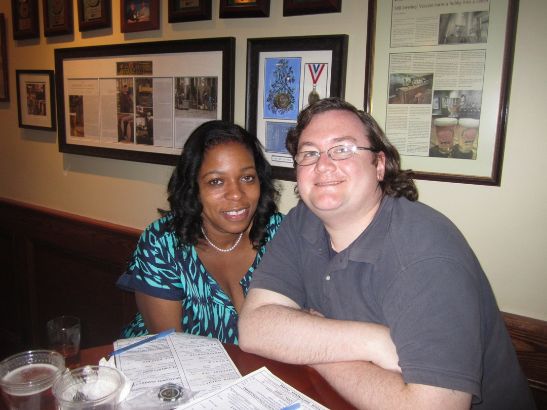 They came to the brewery from points far and near

United in their love of quality craft beer.

They had the Barn Raiser, the Kolsch, the Snickelfritz

That last one’s a pilsner-lager whose funky name fits.

Patrick and Angela Kavanagh made the drive from New Rochelle

A Saturday at the brewery sounded exceedingly swell.

“The bar is wonderful,” Patrick says, “and the beer is delicious.”

While Angela gave the Sun Block a similar score. 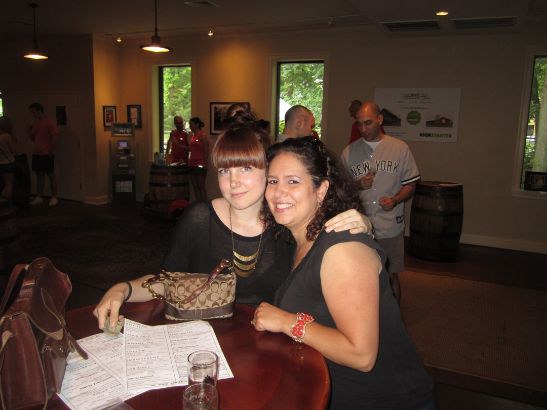 Lauren Birnie of Brooklyn too is happy to be here.

She and Beth Devito of Hawthorne were at the farmers market

They saw the Captain Lawrence table, and decided to park it.

The last one on that list holds a bewitching power. 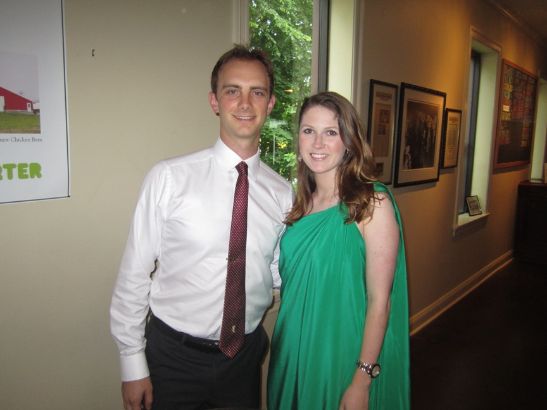 Killing time after a wedding, they happened on by.

For some A.L.S. Pale Ale, which Sean calls “spicy and piney.”

Will there be Captain Lawrence at the reception? “There better be!”

But his attempt at a Black & Tan resulted in disorder.

He likes bocce and pale ale and the comfy chairs on the patio.

And wishes the Kolsch and porter had been more simpatico.

Most came by car, but four actually biked.

Rode with East Villager Cameron Swiggett for a few beers and some bites. 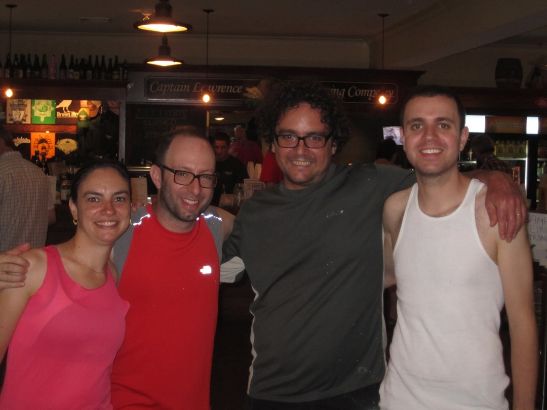 The weather is sultry, but the beer has a nice chill.

“The ride was perfect,” says Sebastian, “except for the final hill.”

Zack adds, “We’ve been planning this for the last 2 ½ years.

We put it on our calendar, and now we are here.”

They drink CL in the city, but say it’s better in Westchester.

Zack imagines a future as a Liquid Gold tester.

“Out there in the heat,” says Sebastian, “riding all the way here,

I don’t think I’ve ever had better beer.”

Craig, Aaron and Doug filled all the orders.

There was something for everyone at CL’s house of brew.

Whether it’s an old standby, or a cold something new.