People are reading
You are at:Home»In the News»Destination Dining: The Crimson Sparrow in Hudson, N.Y. 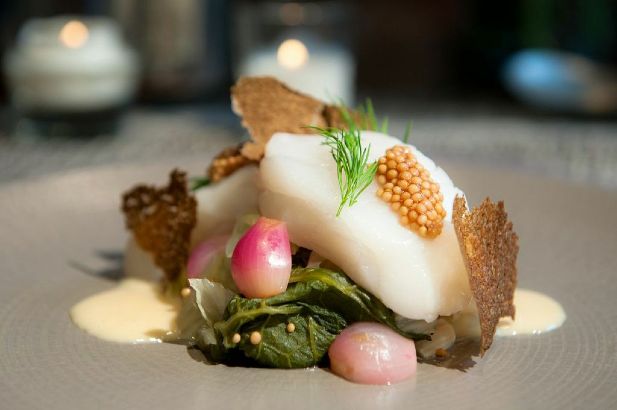 The dining scene in the once-sleepy city of Hudson, in Columbia County, is heating up nicely, most recently with the opening of Fish & Game by Zak Pelaccio, of Fatty Crab fame in the West Village.

For the last year, the reigning kings of the Hudson scene have been John McCarthy and Ben Freemole, the talented former chefs from Michelin-starred WD-50 on the Lower East Side and now the co-owners of the delightful and delicious Crimson Sparrow on upper Warren Street in Hudson.

It all started three years ago when McCarthy and his wife bought a second home in nearby Claverack. Before long, Freemole was joining them on his days off. Then came the decision to buy two 19th-century commercial storefronts and refashion them into a sophisticated destination restaurant. The space is lovely, with soaring ceilings, industrial lighting, comfortable modern furnishings and a pair of private dining areas.

“I guess call us a New American restaurant,” says Freemole, who lives upstairs. “We do a riff on some Americana things.”

“We’re just trying to cook good food!” he adds with a laugh. Well, big success on that. 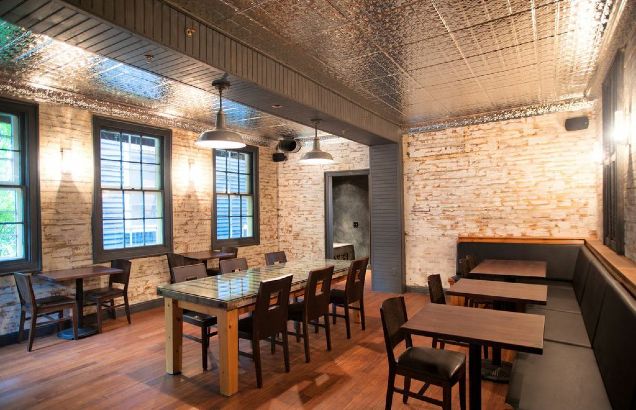 Why it’s worth the drive: Many serious gourmands think that star chef Wylie Dufresne is consistently turning out some of the best and most interesting food in New York at his legendary WD-50. McCarthy and Freemole are two of his star pupils, and now they’re out on their own and quickly making a name for themselves — in all caps.

What to order: Definitely start with a cocktail. The two we sampled were out of sight. My dining companion had the Lillet Blossom, a refreshing summer cooler made with lillet, Core vodka, sake, grapefruit and ginger and served chilled in a cocktail glass. I ordered the Old Barrington, a stylish riff on a Manhattan with Berkshire Bourbon, vermouth, bitters and rhubarb and served on the rocks with oversized ice cubes that take forever to melt. Best and most adult rocks Manhattan I’ve ever tasted. Turns out it’s a staff favorite, too. “That’s the drink we kicked back with at the end of every evening when we were building the restaurant,” Freemole says.

After drinks, just put yourself in the hands of the chefs and order whatever they’re cooking , usually a medley of fresh stuff from local farms. If you go to their website these days, you won’t even find a posted menu. “The menu changes almost daily, or at least weekly,” Freemole says.

The night we visited happened to be their one-year anniversary and for the celebration, they were cooking a four-course tasting menu. You only had to make one choice on the prix fixe menu, either meat (Wagyu short ribs with creme fraiche, beets and couscous) or seafood (scallops with mountain yam, lemon, artichoke and herbs). Wonderfully priced at $45 — an outright steal at $65 with wine and sake pairings. These tasting menus are offered every week at their Sunday Suppers. One or two desserts or cheese plates are available each night.

We sat outside in the garden, a lovely and quiet oasis out back, with a long row of seats that face right into the heart of the kitchen.

The service throughout was deft, gracious, perfectly paced and knowledgeable. What a pleasant surprise on a Thursday night in the country.

While you’re there: You’ll find dozens of antiques and home decor shops up and down Warren Street, the main drag. Alas, some are alarmingly pricey. Olana, the quirky home of Frederic Church, the king of the Hudson River School of painters, is just a few minutes out of town. Best views of the river you’ll ever see.

Insider tip: Most of the antiques stores close by 5 p.m., 6 at the latest, so plan on an early dinner if shopping is in your game plan.

Click here to see a photo slideshow from The Crimson Sparrow in Hudson, New York.

This is one part of Lohud’s Destination Dining feature, click here to view all six.