People are reading
You are at:Home»Drinks»Beer»Notes From the Captain Lawrence Tasting Room, Vol. 72 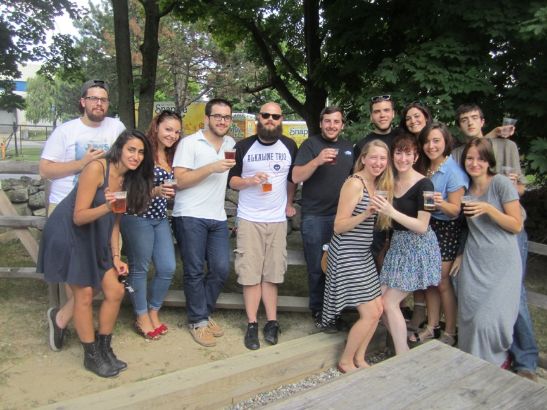 The hints of summer’s swan song came early this year: the temps fighting to climb above 80, the Pumpkin Ale flowing in the Captain Lawrence tasting room, the back to school ads on TV. (Great moments in unhip brands trying to be hip: The new JC Penney commercial about the first day of school, when “everyone will be stylin’ their faves.”)

There’s an extra bit of urgency at the brewery, people making the most of the dwindling summer Saturdays. A swelling group of SUNY Purchase alum, friends of beertender Doug, is gathering from all corners of the tri-state on the patio. The men sport tats and funky beards while their chic female counterparts are, for a lack of a better term, stylin’ their faves. They speak of Game of Thrones and the train ride up from Manhattan. They’re enjoying the India Pale Ale, the Kolsch and small-batch concoctions such as Tongue Dancer Saison, brewed with passion flower and chamomile, as they wait for the 3 p.m. brewery tour.

Molly Sidney of Bayonne is lamenting the big Sharpie slash through her favorite seasonal ale on the menu. “We’re all bummed about the Pumpkin Ale running out,” she says.

“Not anymore!” boasts a friend as she hoists her spicy 12-ouncer of Pumpkin to the blue sky. It is, indeed, back on tap, and the Purchase pals celebrate the news. “It’s never too soon for Pumpkin Ale,” says Brian Renaldo of Jersey City. “It’s getting chilly at night. It’s perfect.”

The crew is mostly unanimous on their summer 2013 highlight: a big rafting trip at Lake George, a cooler full of various craft brews to keep them hydrated. 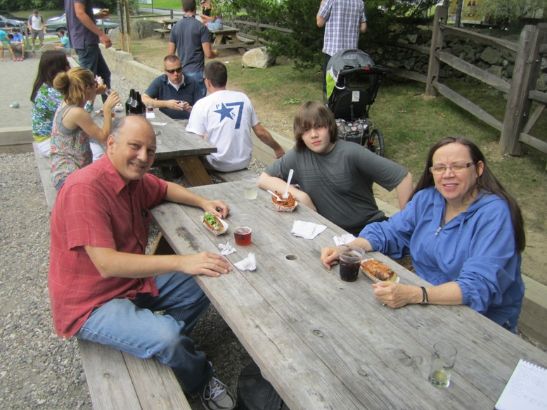 Elsewhere on the patio, Chris and Maureen Joel of Cortlandt Manor, teen son Michael in tow, are also waiting on the tour. Chris is simultaneously enjoying the Freshchester Pale Ale and amusing the kids around him with dead-on voices of Mickey Mouse, Donald Duck, and other cartoon figures; he does voice-overs for animated web series and video games.

Chris calls himself an “avid beer drinker,” which prompted the visit. “I try to brew at home,” he says. “With the weekend coming up, I said, let’s do the tour at Captain Lawrence.”

Maureen smiles; she’s happy to have Chris up and about and doing Mickey Mouse again. “My highlight was going back to work after his surgery, after making sure he was OK,” she says. 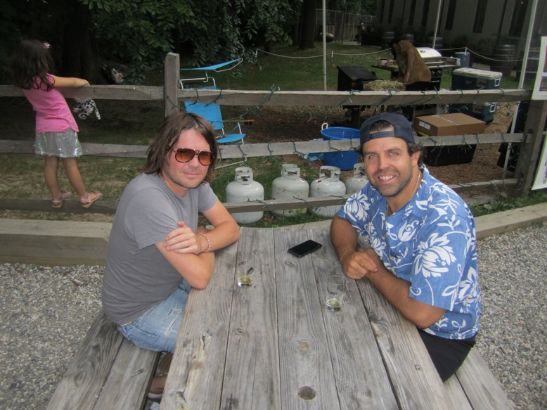 Jeff Lorenz of Brooklyn and Blake Thomas of Manhattan pull up on their bicycles, arm themselves with fresh cups of Grapefruit Pail ale, and find a seat in the shade. The ride went smoothly, up Manhattan’s bike path, then along the converted rail trail out of the Bronx, which let them out right in Elmsford. “It helps when you know you’ve got a beer waiting for you at the end,” Jeff says.

The guys hang out at 61 Local in Cobble Hill, where the craft beers flow and a map on the wall highlights the breweries and other standout drinking spots in the metro area. “We saw that Captain Lawrence wasn’t that far away,” says Blake.

Their summer highlights, besides the bike trip? The Newport Jazz Festival, say the bikers, seeing the likes of Beck and Deer Tick. (On a personal note, a deer tick contributed to my summer lowlight.)

As you might expect on a pleasant late-summer day, the crowd inside is light. The Specials’ funky ska tune “A Message to You, Rudy” pumps out of the house system, as if played just for Rudy Santavicca of Mount Kisco. Working for Manhattan Beer Distributors, which delivers Captain Lawrence, Rudy is intimately familiar with the brewery, and the Imperial IPA in his hand. “I sell it for them, and I drink it all the time,” he says. 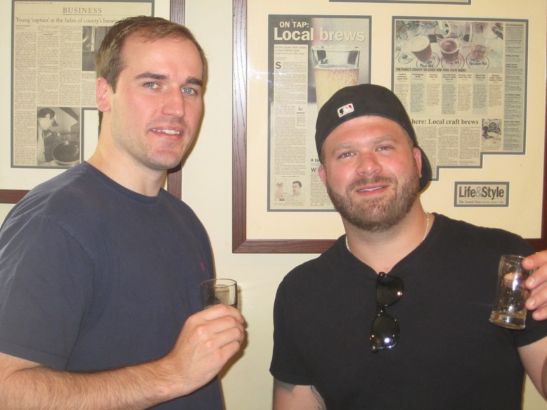 His friend Andrew McElduff of New York City, on the other hand, had never been to the brewery, so Rudy steered them into 444 Saw Mill River Parkway. “It’s a pretty impressive setup,” says Andrew as he sips a Kolsch (“Awesome, actually,” he says of the citrusy ale). “You get to taste the stuff they don’t typically sell.”

Andrew initially blanks on his fondest summer memory, copping to working too much, and not getting away at all. It comes to him mid-Kolsch: July 4, a barbecue, a pool in Yorktown, a bunch of friends. “It was the first time our buddies had been together in a while,” he says with a smile.

Back outside, there is bocce, and Frisbee golf, and Village Dog grub, and buddies being together. The sun is out, the Pumpkin Ale is up and running again, and it’s clearly not too late to create a summer 2013 highlight.