A few years ago, as I was finishing a degree, I remember one of my classmates saying that one of the things she wanted to do once she had free time was to take cooking classes. I had never really considered doing that before, but it sounded fun, and like something I’d really enjoy.

But do they have cooking classes for vegans?

Once I moved to Westchester, I started looking around for classes- and I started finding some great ones in NYC. I write today because I went to an awesome vegan donut making class at the Institute for Culinary Education (ICE) last weekend. Oh, the donuts we made! 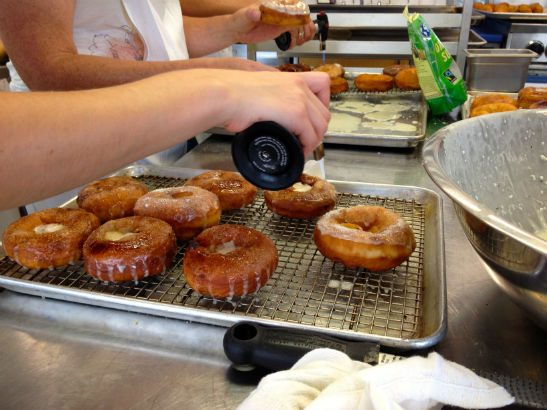 Some of those delicious vegan donuts!

I mostly stick to non-baking classes, as I’m trying to find less ways to eat sugar, not more, but that class was totally worth it. I’ve had a number of awesome plant-based cooking classes over the last few years recently at ICE, and also at Natural Gourmet Institute (NGI). They’ve been a blast, and are always filled with delicious, plant-based food!

So why take a cooking class?

I’ve found most classes are geared towards a variety of skill levels (though NGI offers classes for beginners, if you don’t feel like you know a paring knife from a chef’s knife, or kale from spinach). Most focus on a particular topic, like a cuisine, a course, or a particular food. I’ve taken classes on tempeh and seitan, on Southeast Asian cuisine, an introduction to spices, sauces, breakfast dishes, and the aforementioned donut class, and more. 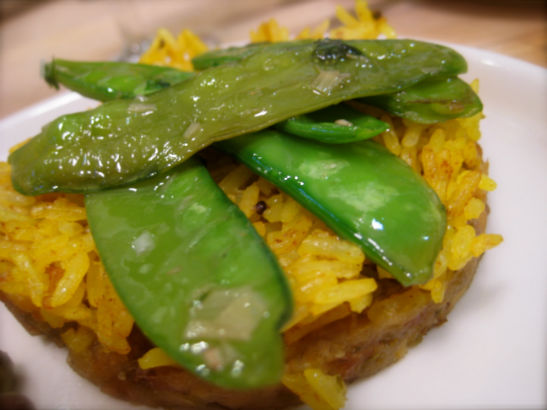 Tempeh, all dressed up!

Taking classes are a great way to get more familiar with all of the above, not just so you can remake the recipes that you learned in class, but so that you can add more creativity to your own cooking. I think that’s the best reason of all to try out a class or two.

So where can you go for classes?

Aside from ICE and NGI’s recreational/public classes, there’s a new all-vegan cooking space, Suite ThreeOhSix that also offers classes. The Brooklyn Kitchen also offers vegan classes from time to time- hoping to get one in my schedule sometime soon!

How about in the Lower Hudson Valley?

I haven’t seen any specifically vegan classes offered through any schools, but Whole Foods often does vegan cooking demos, which is a place to start. There are also one-time classes offered in the area every now and then- our former I Eat Plants columnist JL recently held one in Tarrytown to help launch her new book, Vegan for Her (which you should run out and get if you haven’t already and you have an interest in vegan nutrition and healthy recipes!).

Know of a vegan cooking class in the area? Please share in the comments!