One month out of the year for the last seven years, vegan bloggers around the world take part in a massive blogging project called The Vegan Month of Food (or, Vegan MoFo for short). I’ve been participating over on my blog, The Picky Vegan, since the second year.

The goal is for vegan bloggers to post every weekday during the month, for at least 20 posts. Some years I’ve made it, some years I haven’t, but the great thing about the month is that so many vegans are posting! And the focus is really on plant-based food, not other vegan issues. Like fashion. I’d love to talk fashion, but the vegan month of food is not the time or place for that! 🙂

So, I’m attempting to blog daily over on my blog. Some things I’m talking about might be of local interest (though it’s still pretty early in the month). Just yesterday, I blogged about making your own microwave popcorn- using popcorn-on-the-cob I got at the Pleasantville Farmer’s Market. An upcoming post will be talking about a fabulous dinner I had at Lagusta’s Luscious Vegan Dinner Series up in New Paltz (hint: worth the drive). 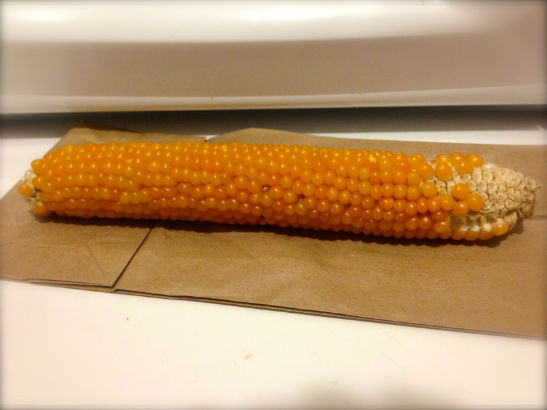 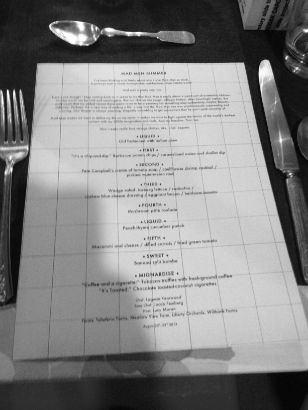 The Mad Men-inspired menu for Lagusta’s Luscious. Off the hook!

But this isn’t so much about what I’m going to do; it’s about what you can learn about plant-based food this month from the Vegan Month of Food!

So here’s what I think you should do.

Ways to Learn from The Vegan Month of Food!

I don’t always learn a new technique when I read other people’s blogs, but it helps me to get inspired to keep cooking and eating and sharing delicious plant-based foods. I hope that this month, you might get inspired, too!

Once you’ve gotten a little inspiration, how about checking back here and sharing in the comments? I’d love to hear from you!