End of the Season, Start of the Saison 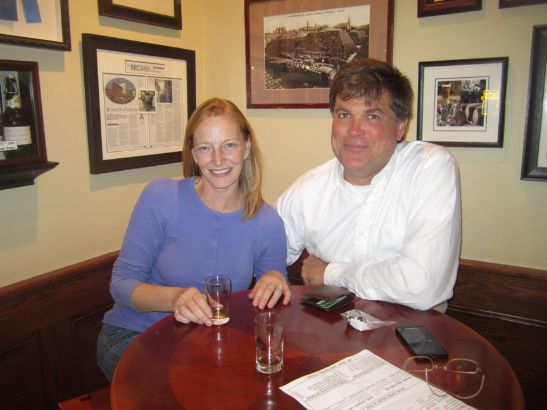 The Captain Lawrence brewery will always hold special significance for Bill Schymik and Laura Freeman. After all, the couple, based in Pound Ridge, had their first date at the brewery’s original spot in Pleasantville. “We went to see my brother’s band,” Laura says, mentioning the Grateful Dead-inspired Fluid Druids, who rocked the lot on Castleton Street a few years back.

“I was wearing my Captain Lawrence t-shirt,” he says, whipping a photo from his wallet—and his smartphone—for proof.

They’re enjoying the final Saturday of summer in the tasting room—sipping a couple unique, and popular, small-batch saisons–Matt Levy’s King Zythos, a dry hopped American take on a Belgian ale, and Douglas Roberts’ Young Wolfington, a fruity and malty ale.

The couple appears blissfully in love, yet Bill’s heart longs for something else. “One of my great disappointments in life is that there’s no more Family Meal, no Drew’s Brew,” he says of a few beloved Captain Lawrence beers from recent years. “Those two were unique and special.”

I tell them I’ll mention it to the boss (there you have it, Scott Vaccaro), and wish them well on their wedding. “What wedding?” quips Bill. 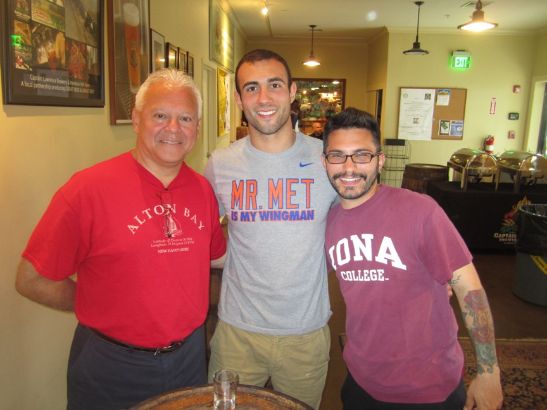 Across the tasting room, Jim Martinez of Thornwood is enjoying the fruits of fatherhood, if not the hoppy pale ales on tap. He and son Steve stopped in for a few brews, and Steve—sporting a stellar Mr. Met is My Wingman t-shirt–ran into his old high school pal Chris Mango of Yonkers.

The young guys go for the India Pale Ales, but Jim is enjoying the Liquid Gold after a run-in with the hoppier stuff. “I took a taste of the IPA and had to drown it out with Liquid Gold,” he says.

Either way, Jim is happy to have his son spring for the beers. “I figure it’s about time he pays for something,” jokes Dad. 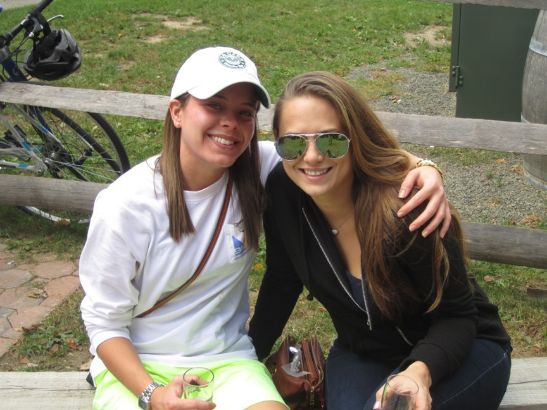 It’s a crisp, sunny day out on the patio, where Jessica Davidson of Valhalla and high school pal Kelley McCormack of Brooklyn are unwinding after driving balls across the street at Fairview Golf Center. Jessica wanted the Pumpkin Ale, which ran out, so she’s making do with the Liquid Gold. Kelley goes for the Imperial IPA.

Both celebrated some good, long drives at the range with special beers. Kelley enjoyed a bottle of Golden Delicious, a tripel ale aged in apple brandy barrels. “Awesome,” she says. Jessica dug the King Zythos, named for the quirky hops of that name. “Wonderful,” she says. “Not a heavy aftertaste, just a nice refreshing taste in the mouth.”

Also making the most of the sunny day is a group of 16 that made the trip from New York City on bikes. It’s a NYC Homebrewers Guild road trip; celebrating the club’s 25th anniversary, mini-groups set out from Brooklyn, Queens and lower Manhattan, convened at 125th Street, and rode the silky-smooth rail trail all the way to Elmsford. (The Guild even offers a handy Ten Commandments for anyone considering cycling from Manhattan.)

Tina Castiello of Astoria celebrated the journey with the Hops ‘N Roses, while fellow Queenser Erik Pfeiffer enjoyed a Golden Delicious–among others. “All of them are fantastic,” he says.

A few from their group have arrived via more traditional transportation—the automobile—including past Guild president/Ale Street News columnist/radio host  Mary Izett. The Young Wolfington, she says, is “lovely.” 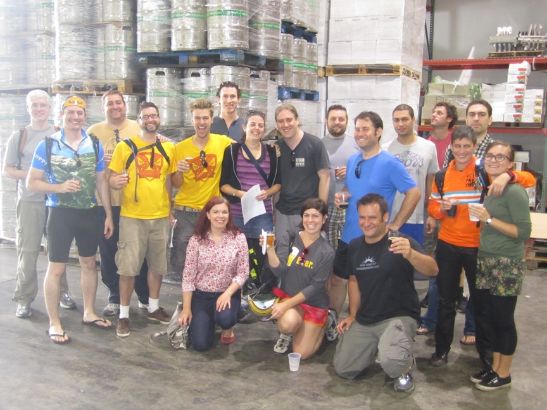 The group heads inside, where tasting room manager Aaron Pozit is waiting to give them a private tour of the brewing facilities. Rocking an NYC Homebrewers Guild t-shirt, “BREWNITY” across the front, president emeritus Vlad Kowalyk is like a kid in the proverbial candy store.

“Stainless steel is always sexy,” he says. “That, and beer guts.”