I have always thought that chef Nick Di Bona of Madison Kitchen was destined to be a winner, but garnering the title of “Chopped Champion” after competing last night on Food Network’s Chopped was epic!  Facing judges Aarón Sánchez, Marc Murphy, and Alex Guarnaschelli with the challenge of creating an appetizer, entree, and dessert, all from brunch-themed ingredient boxes, had to be nerve-wracking to say the least.  But when Nick looked into the camera and said, “Winning is all I’m thinking about,” you knew it was game on. 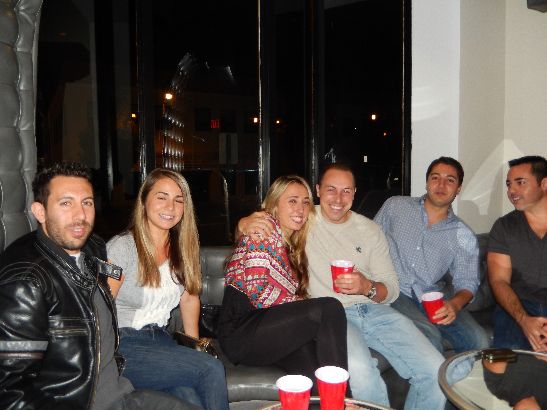 And, of course, he made sure that no one would go hungry. 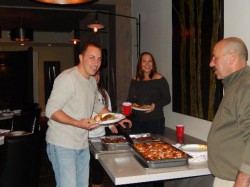 Nick made a few volume adjustments on the television, and we all settled in to watch him in action. 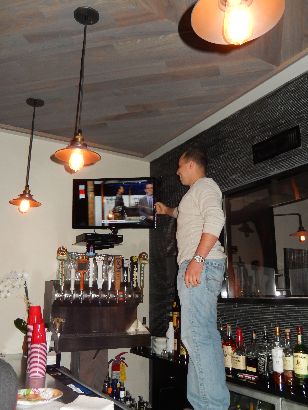 In the first round, the boxes contained kale, quail eggs, champagne and caviar.  Nick created a Warm Kale Salad with Champagne Poached Quail Eggs topped with Caviar and a scattering of Cornichons and Apples.  Breezing into the second round, he was faced with pancake mix, live lobsters, bloody mary mix, and a green emu egg.  After ripping the lobsters apart and using the heads for a sauce (still can’t believe that he blended those heads in a Vitamix!), his completed dish was Battered Lobster over Vermicelli Noodles in a Lobster Cream Sauce.  Making it to the third and final round, Nick knew he wanted to make ice cream for dessert even before opening the box with Canadian bacon, maple syrup, waffles, and Araucana hen eggs. 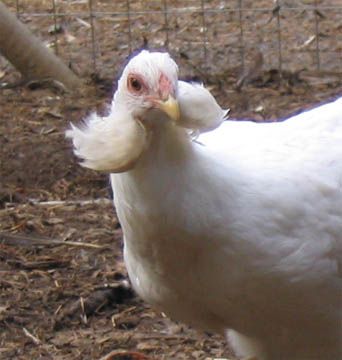 He quickly got to work on a Maple Gelato which was topped with Waffle Crumbles and paired with a Candied Bacon Sabayon.  This deconstructed bacon and egg ice cream sundae was the sweet ending that led to Nick’s successful win.

At Madison Kitchen, there were lots of clapping and shouts of congratulations all around.  Nick couldn’t have been happier sharing this moment with his family and friends. 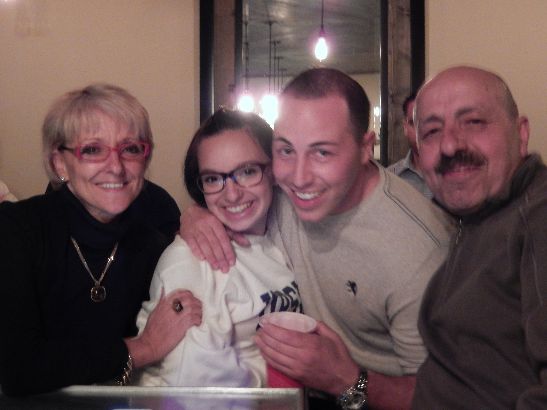 There’s only one question left to ask, “Nick, wanna go to brunch on Sunday?”