People are reading
You are at:Home»Drinks»Beer»Captain Lawrence and Peekskill Brewery win at Great American Beer Festival 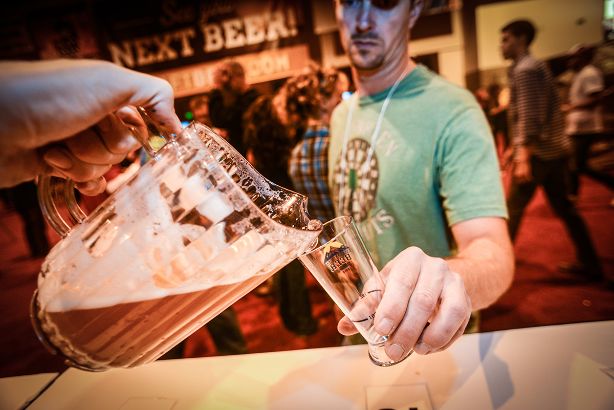 As interest in craft beer continues to gain mainstream momentum, new breweries are popping up like crazy all over the country. The problem? Sorting the good from the bad.

So when two local breweries, Captain Lawrence and Peekskill Brewery, stand out in a blind taste test with almost 5,000 entries, it’s a big deal. They took home gold and silver respectively last week at the Great American Beer Festival in Colorado — or as brewmaster Scott Vaccaro of Captain Lawrence calls it, “the Super Bowl of beer festivals.”

The 2013 GABF competition winners were selected by an international panel of 201 expert judges from entries received from 745 U.S. breweries.

Captain Lawrence won its eighth medal from the Great American Beer Festival, taking home gold in the Experimental Beer category for its Hops n’ Roses ale. The category is fitting because, for Vaccaro, the beer was an experiment: he brewed it with golden ale and wild yeast, and then thought about what other flavors might enhance the beer. He came up with rose hips, hibiscus, and elderflower and said “Let’s give it a shot!”

Click here to read the full story on lohud.com.