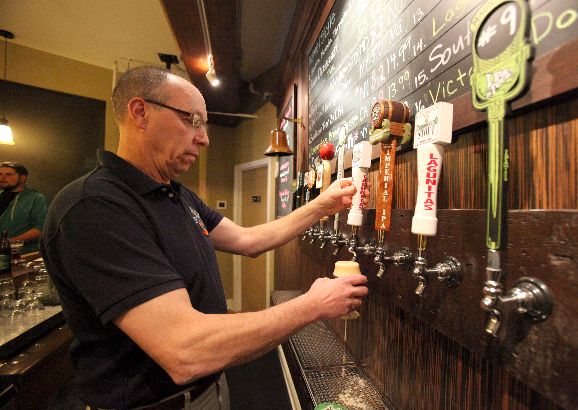 Never heard of one? That’s probably because there aren’t many, at least in the North East.

“Including my acreage here there are only 140 acres of hops farms in the state,” says Coleman. “And the demand is for at least 10 times that.”

Want to sample some local New York hops? From 5 to 8 p.m. on November 12, Coleman will be at Growler and Gill Craft Beer Shoppe in Nanuet for a fresh hops-infused beer tasting. He’s partnered with Yonkers Brewing, and will hook a filter up to a tap of Yonkers Wet Hop IPA, which will run through about one pound of fresh hops. The process, Coleman says, gives the beer a brighter and somewhat more floral taste.

“A lot of people have never even see what a hop looks like so to see beer filtered through it is really cool,” Coleman says. “The beer geeks love it.”