People are reading
You are at:Home»Columns»2 Craft Beer Events in Yonkers 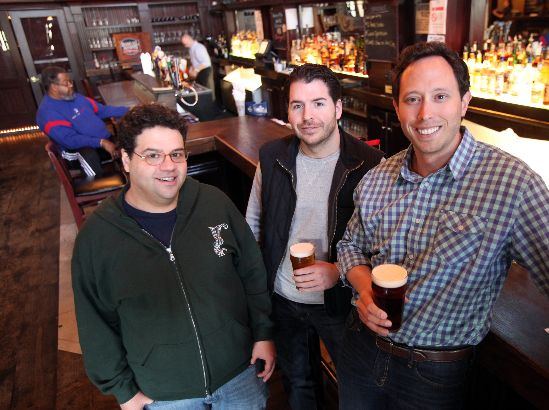 At 7 p.m. on November 19, the restaurant-meets-movie theater will screen “Crafting A Nation,” a film about breweries, small businesses and individuals that are growing because of the rise in the American craft beer movement.  Afterwards pinch American Grill’s Cicerone James Tai will be joined by director Thomas Kolicko and Yonkers Brewing co-founders John Rubbo and Nick Califano for a post-screening discussion.

Sixteen beers from four brewers in two hours. James Tai, cicerone for pinch American Grill in Empire City, has put together an event that resembles speed dating more than a beer tasting.

From 7 to 9 p.m. on November 21, pinch is hosting a tasting with four local breweries: Kelso, Defiant, Broken Bow and Yonkers. Each brewery will be installed at one of the pour-your-own beer tables and guests will rotate. Beer will be served in 5-ounce tasting glasses and light fare will also be served.

Tickets are $45 and can be purchased online: www.eventbrite.com.