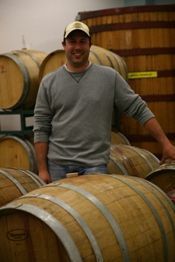 Frost Monster on the loose!

We’ve teased the coming of this imperial stout for months as it hibernated in the fermenter and in rum barrels, and it’s finally ready in time for the holidays. The barrel-aged Monster is available in 750 ml bottles and on draft Wednesday in the Captain Lawrence tasting room, while the unoaked iteration is in the fermenter, and will be available in mid December.

The unoaked stout will make some Captain Lawrence history: it will be the brewery’s first four-pack offering. Captain Lawrence will release three beers in special four-packs in the next year. Following the Frost Monster is another mega-brew slated for early 2014: the Seeking Alpha triple IPA. “It’s in the works,” says Scott.

In other brewery happenings, February will see Captain Lawrence distributed throughout the whole of New Jersey, not just the northern part. And the “287” whiskey–distilled Freshchester Pale Ale produced at Still the One in Port Chester, is a certified hit. Scott says higher quality barley and malt than more typical single malt whiskeys make the 287 pop. “A lot of beautiful malt flavors really come through,” he says.

Speaking of inspired creations, Scott’s “Drew’s Brew”, an India Pale Ale named for his then newborn son, was a beloved Captain Lawrence offering back in 2011; he might again concoct a kid-inspired brew, with newborn Layla perhaps getting one in her honor. “I’m thinking of something moderately bitter, because that’s how I’ve been feeling without sleep,” Scott jokes.

He may infuse the IPA with fennel, which is known to pacify colicky babies. “It’s been two years since Drew’s Brew,” says Scott. “Maybe it’s time to brew Layla a beer–and get one going for Drew too.”

A limited supply of the seasonal fave Pumpkin Ale will be available in the tasting room Wednesday. “We had a huge pumpkin season,” says Scott. “We just can’t seem to make enough.”

As far as Thanksgiving recommendations from the Captain, Scott says you can’t go wrong with the barrel-aged, 12% A.B.V. Frost Monster alongside your turkey, stuffing and family. “It’s great for when you don’t want to listen to relatives talk anymore,” he says. “Drink a bottle and you won’t hear a thing.”

The “Notes From the Captain Lawrence Tasting Room” book is available at the brewery and on Amazon.