People are reading
You are at:Home»Drinks»Cocktails»Snappy Bloody Marys

Follow my directions implicitly, and you will enjoy the best Bloody Mary you’ve ever had in your life. It is called the Snappy Bloody Mary.

Drinking, as you may know, is like eating: It’s much better when you start with the best ingredients. And at the Piermont farmers market, we happened to find some of the best tomato juice around. It’s jarred in a big glass gallon jug from tomatoes grown at Migliorelli Farm, which makes appearances at farmers markets all over the region (check its web site). 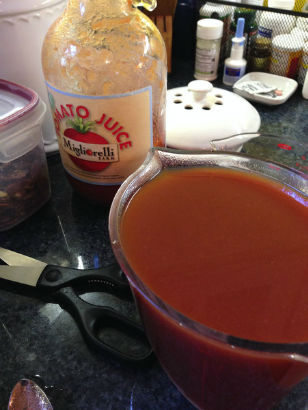 We adapted a recipe from the ultimate cocktail book, “Cocktail: The Drinks Bible for the 21st Century,” and used Peter Kelly’s Slovenia Vodka. 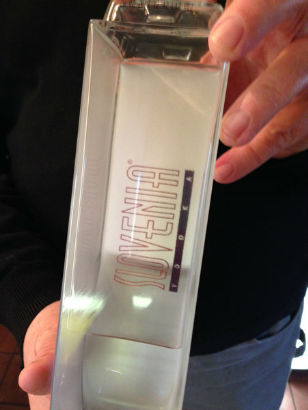 But here’s where things got interesting. We ran out. So we substituted gin.

And gin, as it turns out, is the original booze called for in the original Bloody Mary, which was known then as the Red Snapper, and created, as legend goes (and the book says), at the St. Regis Hotel in Manhattan. (See its post on the history of Red Snappers/Bloody Marys here.)

By doing half gin and half vodka, we found that gin lifts and livens the flavors above those of the standard Bloody Mary, but not to the menthol levels of Red Snapper. The Snapper is barely drank or served anywhere these days anyway, an unfortunate victim of the flood of vodka amd vodka drinks that poured into the U.S. after World War II, and drowned or dulled down a few classic gin preparations. (Two other victims that come immediately to mind are the Martini and the Collins.)

So without futher ado, and because if you’re looking for a recipe for Bloody Marys, you’re probably reading this through bleary eyes anyway, here is the recipe.

Combine all ingredients in a Collins glass over ice. Stir vigorously. Garnish with a celery stalk, with leaves. To serve a crowd, quadruple the recipe and stir it in a pitcher. Pour over ice into glasses.