People are reading
You are at:Home»Restaurants»Openings»Chef Michael Cutney opens The Twisted Oak in Tarrytown 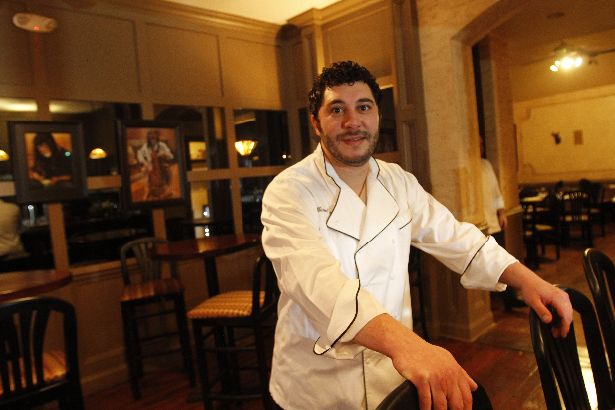 Chef Michael Cutney can prepare everything from beautiful charcuterie to delicate pastry. The catch? He does it all with impeccable skill. Cutney’s newest endeavor, along with co-owner Jake Parenti, is The Twisted Oak in Tarrytown, which opened last week.

The Twisted Oak is a noteworthy newcomer on the Lohud food scene for a few reasons. Cutney’s impressive resume, a menu that is printed daily and an effort to source locally.

Look for fresh pastas, like duck lasagna and hand-rolled garganelli with braised rabbit, and housemade charcuterie that will include lonza, cured pork loin sliced paper-thin and paired with small bites.

“We wanted to keep it small and simple and delicious,” says Cutney, who insists on constantly changing the “farmhouse fare” menu.

The Twisted Oak is technically new American, something Cutney explains is very Italian-influenced, because of both his family upbringing and the time he spent as an apprentice to the world-renowned Fabrio Picchi in Florence. (All pastas are made in house.) In addition to his time abroad, Michael Cutney also worked at Union Square Cafe and Cafe of Love in Mount Kisco.

Decor matches the menu: clean and simple, accented by local goods. The bar, for instance, is made from Cutney and Parenti friend’s French oak wine barrels. It’s home to a worldly wine list that includes some standouts from the Finger Lakes and selection of all craft beers, with Captain Lawrence, Newburgh Brewing and Bronx Pale Ale on tap.

One of the chef’s favorite things about printing a menu daily is that he can adjust his dishes to the weather or even his mood.

Tonight? He’s making a  version of chicken and dumplings, with an Italian spin.

“Instead of regular dumplings, it will be frascatelli, sort of an Italian-style spaetzle,” Cutney says. “Just really fun, comforting and warm.”