A Half-Gallon of Heaven 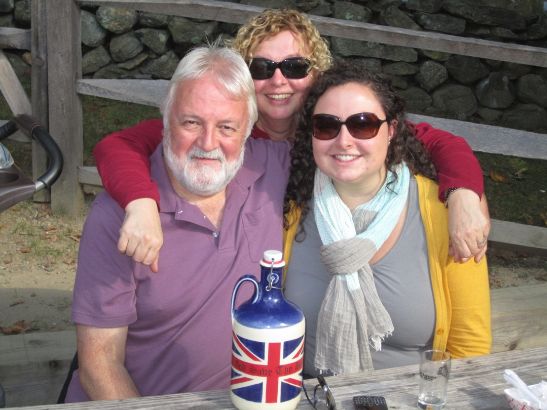 Back in September, the finest growler in Westchester County was still a virgin. Emblazoned with the Union Jack and “God Save the Queen,” the ceramic objet d’art was a retirement gift for Simon Ellis of Katonah, and we were pleased to witness it meet its first beer—Captain Lawrence’s India Pale Ale.

While Simon, happily ensconced in retirement, is not in the tasting room on this gloomy gray Sunday, his growler—and his daughter–is. Kate Ellis, who lives in Boston, has the prized jug in her growler bag. “It’s been filled a lot,” she says. “Our family’s lake house, a lot of holiday parties…” 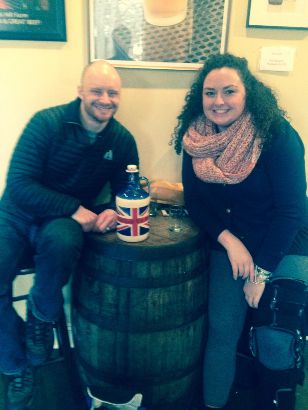 It’s actually been a rough spell for Kate from when we last saw her on the brewery patio on a postcard of an early autumn Saturday. She tore up her knee playing…wait for it…kickball, and got a cadaver’s ligament to replace her ruptured one. Kate is curious about the ligament’s lineage. “I’ll be curious to see if I end up more mobile,” she says. “Maybe I’ll be a great soccer player, a great dancer.”

Kate has been pushing herself to give the knee a workout, and figured trips to the bar for samples might be the perfect regimen. “I’m trying to increase my endurance,” she says. “Ben said, whaddya wanna do?, and I said, how about going to the brewery?”

For Michael Muscat of Eastchester, the brewery is just about the perfect option on this particular day. After all, his wife is back in Eastchester celebrating her baby shower. Make it babies shower—the Muscats are having twin boys in early March. Michael is enjoying his final days, and Imperial IPAs, as an unencumbered man. “I figured I’d invite all my guys out today,” he says, copping to an equal mix of nerves and excitement.

Coltrane and his manic sax are wailing on the house system. The line for samples is minimal. Jack works the beer taps and Doug takes a group, including half of Michael Muscat’s buds, for a tour of the brewhouse. Chris and Mary Stonaker of Ossining are reconnecting with Captain Lawrence after some time away. Chris bartended at the late, great Strega in Pleasantville, where he was well acquainted with the beers produced over on Castleton Street. “I remember Captain Lawrence being a big seller,” he says. 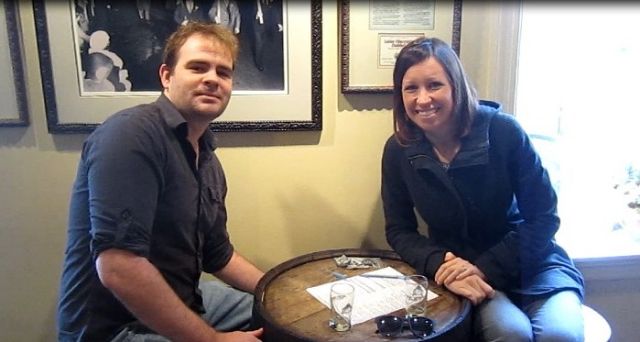 They’re settling in the region again after eight years spent working in Korea and Singapore, where Chris was a teacher. “This place called us to come here all that time,” says Mary.

The Stonakers are starting off with the Kolsch, which makes Mary long for the fair weather as she gazes out the window to the barren patio. “This would be nice on a hot summer day,” she says.

Elsewhere in the tasting room, Charlene and Rich Cully are settling into some distinct brews after making the trip from Bridgeport. She’s got the Ginger Man—“I like the spicy ginger flavor, and not a lot of hops,” she says—while he’s digging the Frost Monster imperial stout: “I like a full-bodied, heavy duty beer.” Rich calls finding and investigating breweries one of his hobbies. He sports a Troegs Brewing shirt and mentions fun trips to Victory Brewing in Pennsylvania, among others. 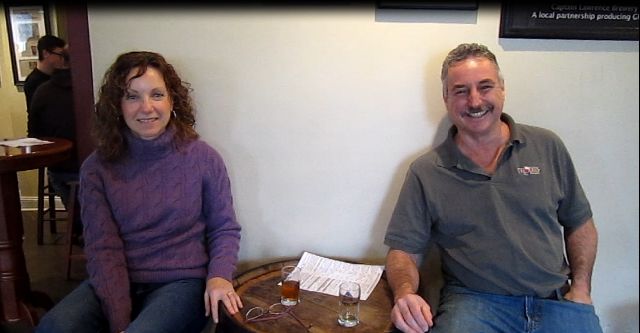 Charlene’s idea of a great vacation is a visit to Amish country. “I like farms and cows and photography,” she explains.

After many years of marriage, the Cullys—like all great couples–have learned to find common ground. “I found a brewery there,” he says of Rumspringa, located in the heart of Pennsylvania Dutch country. “So we are good.”

Meanwhile, Kate Ellis has filled up her dad’s beloved growler with his equally beloved IPA. Working out the new knee, she’s also filled up a second growler with the same for herself. “You can’t get Captain Lawrence in Boston,” Kate says. “Very sad.”