People are reading
You are at:Home»Columns»Spices and Seasons – Yellow Split Moong Lentils with Spinach, Fennel and Red Pepper Flakes 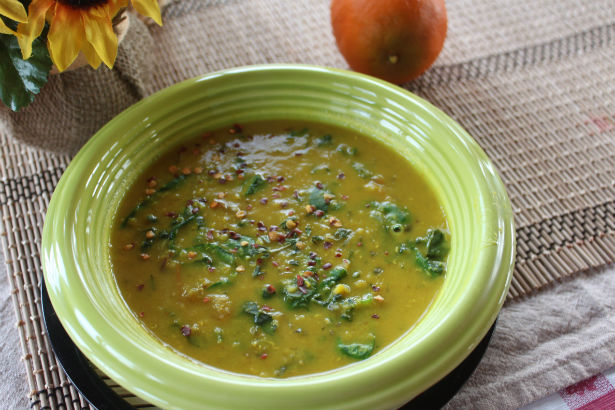 This week’s recipe brings you right on the seasonal lentil bandwagon along with another seasonal ingredient – Fennel. This recipe is for fennel lovers as in this dish, I use fennel in two dimensions – I have used grated fennel in cooking the soupy lentils and then finished this off using a #beatthechills tempering of fennel, ginger and red pepper flakes.  This recipe is essentially a dal, which in Indian parlence can range from anything between thick stew to a thin soup and is accompanied with Indian flatbreads or rice and any variation there off. This recipe is similar to an earlier recipe that I had shared, where I had chatted about tarka or tempering something that is very essential in the Indian kitchen. Not surprisingly, this was shared about the same time a year back, as I always say, this time of the year I love my lentils. The major difference between these two recipes is in the finishing and the addition of the fennel and what a difference a few ingredients makes, as you might have realized it is the tempering that makes a dal. It is also a very flexible recipe, and you can swap fennel with any vegetable of your choice. So, here is to warmer weather and until the chills leave us, this is a nourishing recipe that is very easy to make.

The lentils are first roasted until pale golden and then cooked in the typical Bengali manner. This was a dish often found on our table when I was growing up, and I still find the smell of these lentils roasting one of the most nostalgic fragrances. One whiff brings me back to childhood.