We’re closing in on the second month of the Winter Solstice. Let me be right upfront and say this is NOT my favorite season. Local fresh ingredients are at a minimum and I’m already tired of root vegetables. To make matters worse (in my mind) the weather vacillates between mildly cold to arctic frigid. Luckily my creativity is still in full swing with a wealth of beans and grains to pick from. For the past couple of weeks I’ve been doing soups using lentils and yellow split peas, but this week I decided to delve into grains. On my recent visit to Whole Foods I spent a bit of time communing with the grain display and came across amaranth. This is an ingredient I have not worked with before. A quick check on my smart phone yielded a bit of information telling me amaranth is not only a whole grain, but also gluten free.

Amaranth is a grain that dates back to Mesoamerica. It contains more than three times the average amount of calcium  (and the only grain documented to contain it) and is also high in iron, magnesium, phosphorus, and potassium. Amaranth is also high in B-6, fiber and protein, and low in sodium with zero cholesterol. You find it, as I mentioned in the bins at Whole Foods, and also packaged bags in the organic grain section of most supermarkets. Either way, look for it in clear packaging so you can see what they look like. 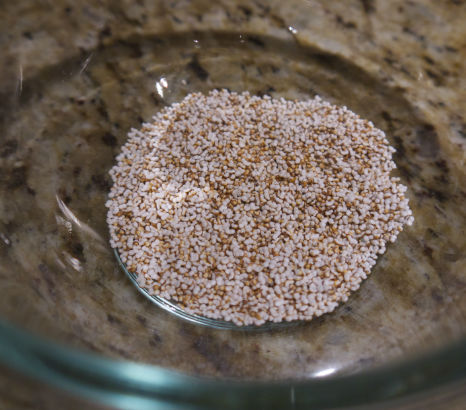 Generally to prepare amaranth you just cook it in boiling water or it can be popped in a skillet. I will say that I did the popping method first and quickly tired of that. You can only do about a teaspoon at a time since they burn easily. So I managed about a quarter cup as you can see in the picture, and stopped. I ended up using it as garnish for the dish. 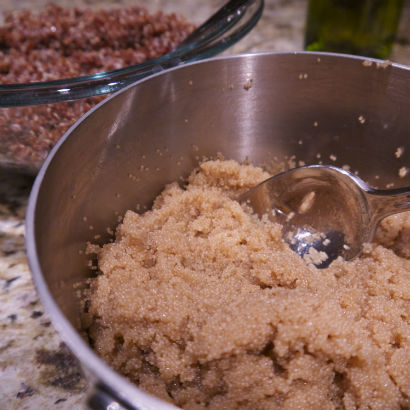 Boiling yields this grain in two forms … more water will give you porridge, and less will keep the integrity of the grains. Both ways are delicious, but I opted for the grain form. I wanted to be able to mix it into the salad. I was shooting for a salad this week, along with the amaranth I picked up red quinoa and golden beets. The color combination worked beautifully. 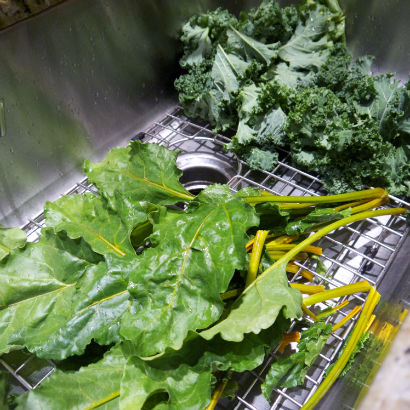 The beet greens looked nice and fresh so I decided to use them with the bunch of kale I had hanging out in my fridge bin, waiting to be cooked. 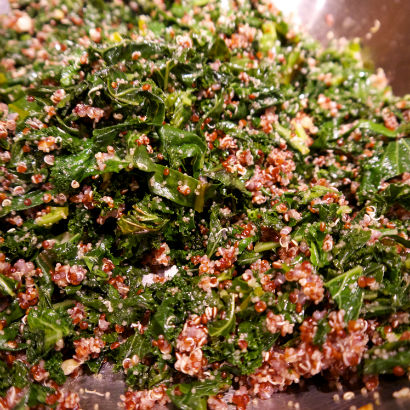 I will tell you that there was about 15 minutes when I have 4 burners going at the same time for this dish – but the end result was tremendous. 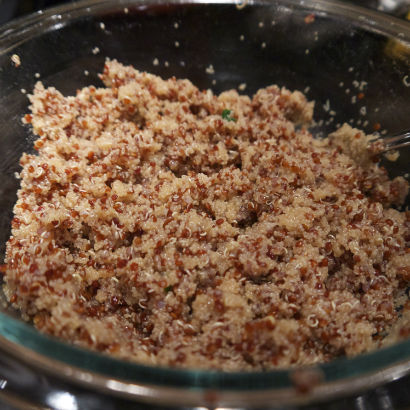 Please don’t let that dissuade you when you are reviewing the recipe. If you start off being very organized and spend just a few minutes to prep everything, the cooking goes very smoothly. I also ended up with a little extra of the amaranth-quinoa mix, which I can use with other vegetables. 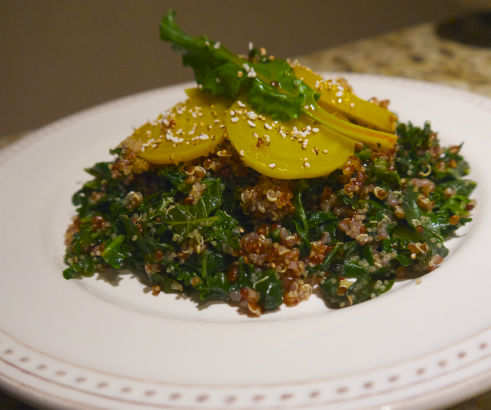 My end result was a very delicious salad, that tasted better the next day once all the flavors got a chance to linger together. Click this link to see the recipe for Amaranth, Quinoa and Kale Salad.

The next time you spot this interesting grain amaranth,  give it a try!