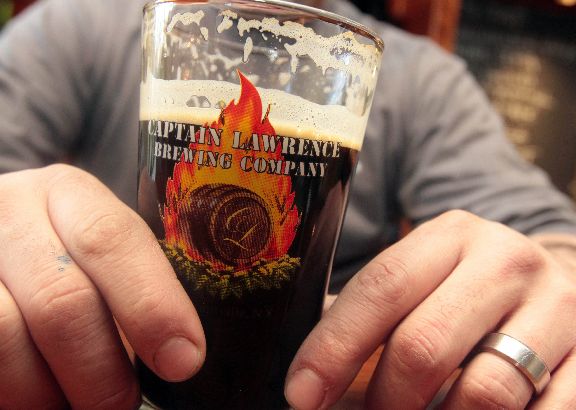 East side or West side? We’re talking brewers, not rappers, as six of the Lower Hudson Valley’s craft beer companies prepare to throw it down and serve it up.

From 7 to 10 p.m. on January 23, some of our favorite brewers will face off at Growler’s Beer Bistro in Tuckahoe in an epic East vs. West battle. The Hudson River serves as the divider, making the East side team Captain Lawrence, Peekskill and Yonkers Brewing companies, and the West side team Kuka, Rushing Duck and Defiant Brewing companies.

There is no charge for the event. Each brewery will be set up with free samples and merchandise, and guests can also buy a draft from the bar. The crowd will taste them all and vote bracket-style for a winner.

The “battle,” of course, is a friendly one. As Scott Vaccaro of Captain Lawrence and John Rubbo of Yonkers Brewing have both attested, there is no friendlier industry than craft beer.