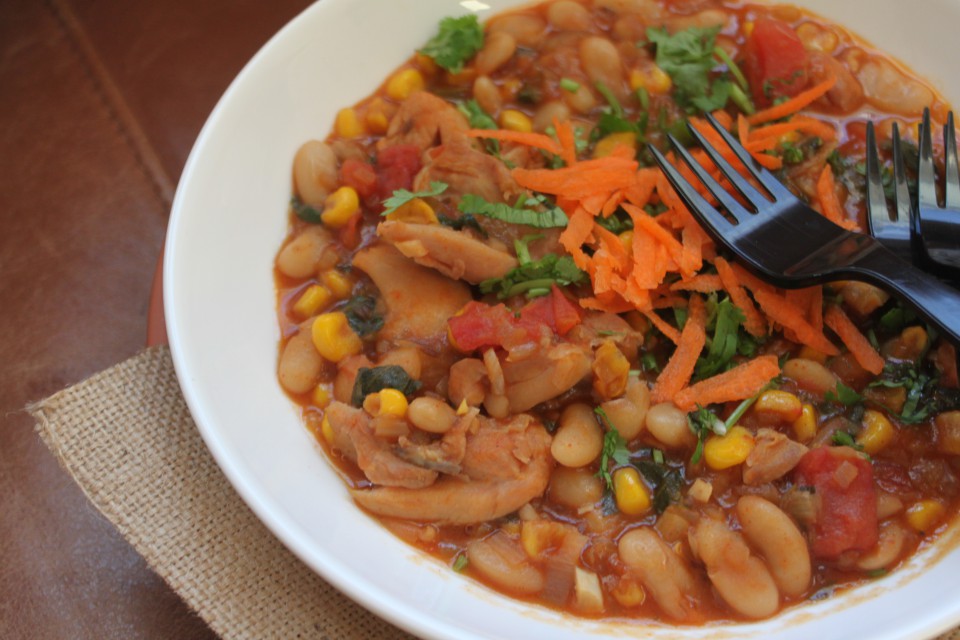 This is chili seasons, I mean football  aside, the weather is almost custom made for these hearty one-dish creations.

This dish really used to be called a stew in my household, until it was re-named pink chili. It really is not pink, but then again it is not dark red either. I had made it when one of my son’s friends had visited. A few days later, I had gotten a call from his mother asking me for the recipe. She said, the kid liked the pink chili that I had made.

It actually took me some time to figure out what he was looking for. I wonder what really makes a chili? I mean this recipe has beans, yes, white cannellini beans, chili, some cumin, meat (although not ground), loads of fresh herbs, including this weeks featured herb – oregano! So, I guess it works. It works well with all the traditional chili fixings. So, if you are looking for something different, with a lighter touch but just as satisfying you will like this recipe. 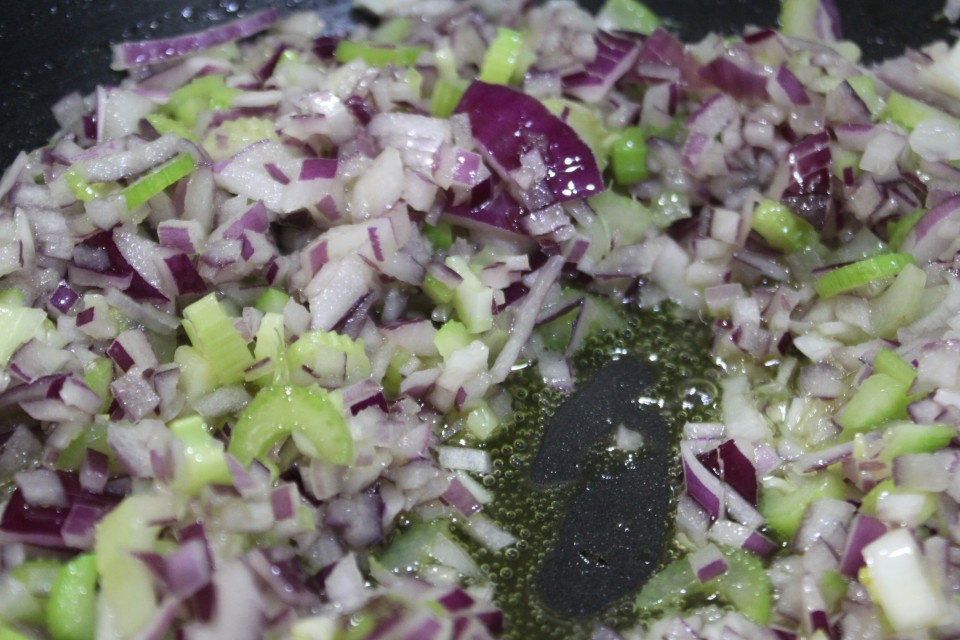 Either way, chili or stew, my kids love it so it features quite often in our house. I make this in a pressure cooker, but a stove top or slow cooker will do, it just has to cook a little longer. Of course, you can use canned beans too! Just try not to, the made from scratch variety just tastes so much better! 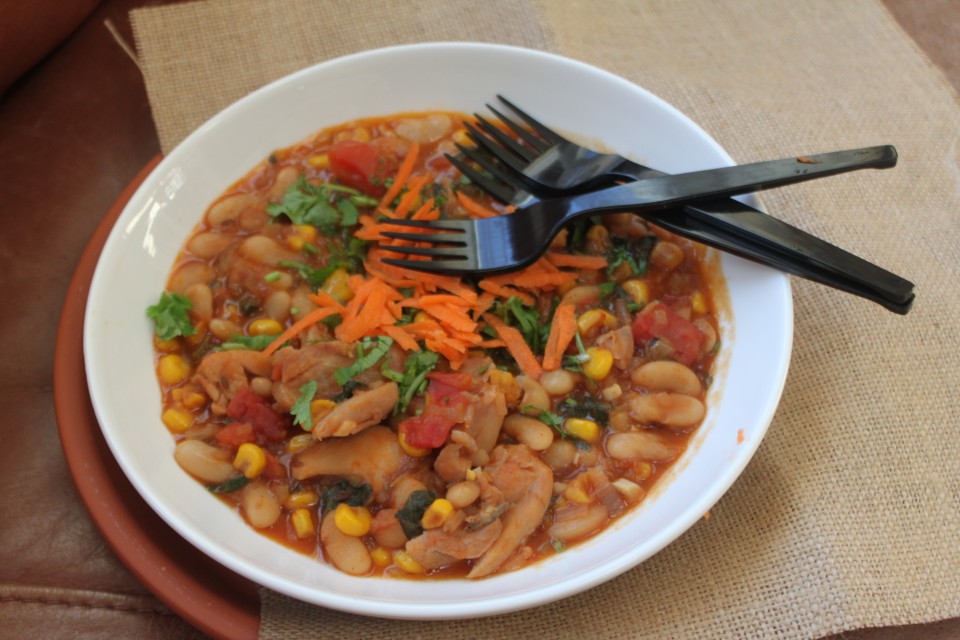 A hearty and fragrant take on chili with chicken and white beans loaded with spices and herbs.