People are reading
You are at:Home»Cooking»Seasonal Chef: Freekeh

On a recent visit to Costco I was pleasantly surprised to see a whole aisle devoted to organic, non-GMO products. At the end of the aisle I came across a product called freekeh (pronounced free-ka). Freekeh is beginning to gain momentum in the world of grains, and for good reason. This powerful little grain has four times the amount of fiber as brown rice, and nutritionally can’t be beat. It’s low in calories and fat, and high in fiber, calcium and protein.

For the past few weeks I’ve been exploring various beans and grains in my Seasonal Chef posts. I decided to try to take a few of them and see if I could roll them into a delicious chili, just in time for the Super Bowl. Recently I came across a chili recipe on the 101 Cookbooks blog using beans and grains, and adapted it using freekeh and ramping up the flavor with a combination of mole inspired spices. A nice departure from a heavy meat chili, and a lot healthier.

But what is it you might ask? “Freekeh” is actually an Arabic word that means “to rub.” The end product is a cracked wheat that comes from harvesting young green wheat roasting it and then “rubbing” the chaff to release the interior seeds. The final process cracks the seeds leaving it to look similar to bulgar. This ingredient has been part of the Middle Eastern and North African diet for nearly 2,000 years and another ancient grain for all of us to enjoy!

Lucky for us many grocery stores, and big box stores like Costco, are now carrying a wide variety of grains, only found previously in specialty stores. Freekeh can also be found generally in the section of the supermarket that carries farro, quinoa and organic items. Stores like Whole Foods and Trader Joes carry it as well as on-line retailers. Freekeh is easily cooked on the stovetop and can be used in soups, stews, pilafs and salads.  With it’s high fiber content eating a little will go a long way, making you feel fuller, while eating less. 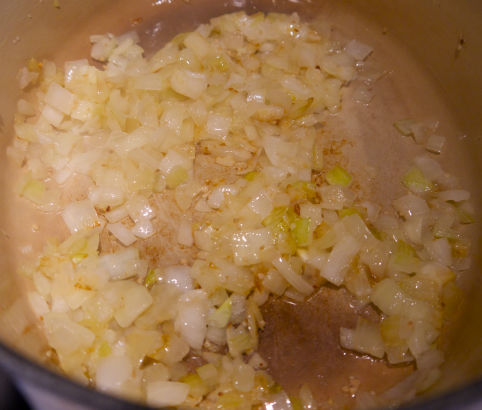 Lets get to this easy chili. After a quick sauté of the onions 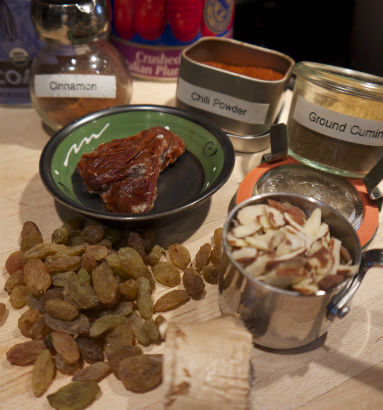 you add in a variety of spices and ingredients that are easily blended. 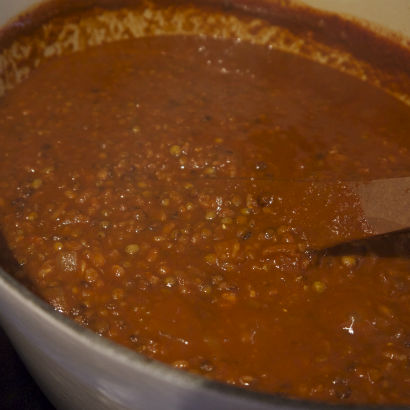 Cook for about 35 minutes and it’s done. What could be simpler? 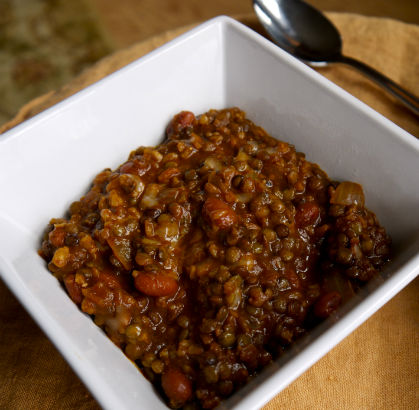 The end result is a delicious flavor packed, filling chili, that is not only a healthy option, but a great compliment to your fried wings, and cold cuts this coming Sunday. But I hope that won’t stop you from making after the Super Bowl too!

Click this link: to see my recipe for Spicy Vegetarian Chili.