I really did want to move along in our homebrewing story much more quickly than I have been able to but unfortunately I got taken down by the flu. Getting over it now and looking for ways to really feel better, so what’s the opposite of flu? Brew! Anywhoo.

Storm’s a-brewin’ outside, so it seems like the perfect time to get to the brewing installment of the “Great Homebrewing Experiment”.

According to our homebrew tour guide Rico – if you can boil water (and lift heavy things) you too can homebrew. Now, I can boil water like nobody’s business – teas, coffees, pastas, even – so his words made the venture seem über promising. But first!

You could start by orderingRico’s recommended starter kit from Amazon, which is what he did. But if you prefer to gather your materials in person, Westchester actually has a wealth of locations to score your beer gear – including the recently opened beer wonderland Half Time in Mamaroneck. But Rico himself has frequented The Brewshop at Cornell’s in Eastchester and Westchester Homebrew Emporium in New Rochelle.

If you choose to build your own kit, here’s what would go in it:

Brew kettle – upwards of 5 gallon pot for boiling the brew; decently gauged metal nothing too flimsy.

Hydrometer – measures the specific gravity of liquid to see how dense (denseness translates to how much of the liquid is fermentable; alcohol by volume.)

Simply – sanitize anything that you are able to. You’re going to need a cleanser and Rico recommends any of the 5 Star Brand cleaners. If you want to go with something you might already have on hand, go with OxiClean. Dish soap and any household stuff like that are likely to stick to your materials and well – Palmolive IPA just doesn’t feel like the next sensational flavor infused brew.

The ingredients of your average brew are simple: water, hops, yeast & malted grain. To get started, it’s best to get a starter kit like American Wheat BSG Select Kit. I thought it would be best to let our tour guide do the…touring and spell out exactly how we got to brewing our pilot batch together. Check out his “recipe” below.

Also, on a separate note, if you want to give homebrewing a go but are really looking to keep it budget friendly (also if you only want to do about a Growler’s size batch in case you end up brewing a substance that can only be described as “Liquid Evil”,) Brooklyn Brew Shop sells kits containing everything you’d need for your first go ’round. The drawback is you won’t have as much room to be creative, but definitely a good idea to see how the ingredients are supposed to look at each step. 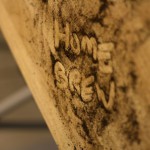 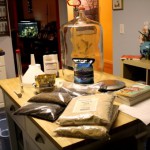 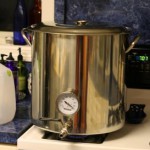 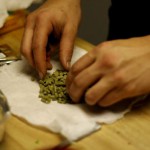 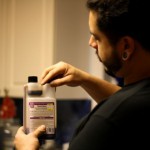 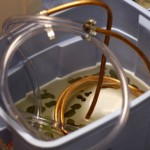 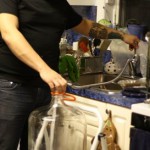 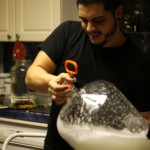 Thoroughly clean (& get your cardio) 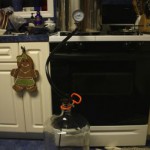 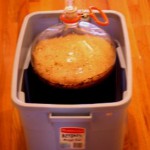 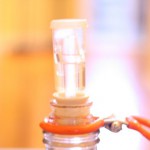