People are reading
You are at:Home»Columns»Spices and Seasons – Lentil and Quinoa Soup 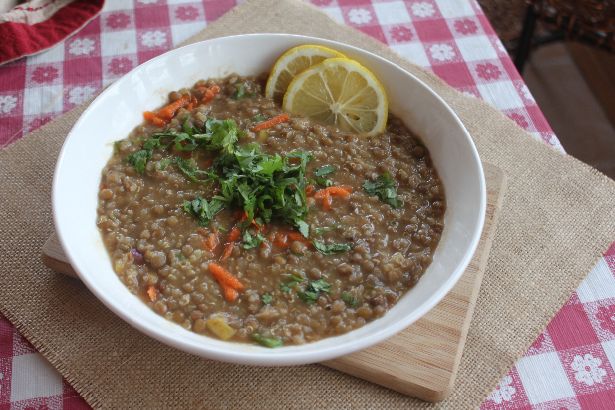 I could not help noticing the fact that the light was still around, shining through the snow at well past five o clock, last evening. So, while we may not feel it, with all the slush, sleet and ice of the past week, spring is inching its way around. Slowly and very gently through all the cold, it is gradually making its way here. Actually, speaking of winter, yesterday evening when I was out and about, it started snowing, again. As I paused and watched it was an incredibly beautiful soft storm made very pretty with the slightly higher temperatures and the full moon, reminding me that the snow certainly has its moments.

This time of the year, particularly this year is still the time to savor warm and comforting one pot dishes. Today, I offer you something that is comfort food for my children and actually our entire family. It is the Indian mother’s version of a chicken soup. Yes, when all else gets turbulent, or when someone is sick, our cure all is some version of a lentils soup or stew. Yes, not very different from the catch all chicken soup. 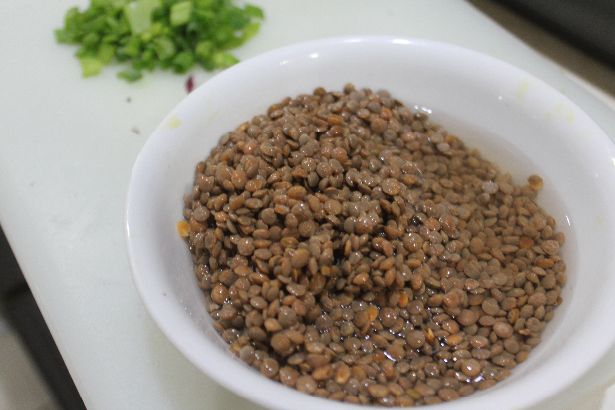 This particular soup, made with a melange of comforting brown and red lentils has been with me for almost ten years. It started out as a simple soup for my daughter, as she transitioned into the world of solid food. It was a soupy mush of brown rice and lentils. Over time, I have added flavors, aromatics and even switched to using quinoa which is quite a favorite with my children. Laced with the whisper soft sweetness of cinnamon, a chock full of seasonal vegetables (which vary with the season on hand and of course what I have around me), this soup gets finished with lots of lemon and cilantro.

It even comforts me as it softly simmers, with the bolder fragrance of the onions, garlic and cumin making room for the cinnamon. This soup does not need anything external to thicken and mesh into a rich and soft nourishing creation. If you have had a week of indulgences, here is a clean and comforting dish to keep you going through the rest of the week. Now, this is a perfect recipe to throw into the pressure cooker and cook for 15 minutes, if you have one, if not let the soup simmer while you are out and about, it does not really need much more than a good occasional stir.

A comforting one dish melange of lentils, quinoa and vegetables, seasoned with lemon and cinnamon.