People are reading
You are at:Home»Columns»Farro and Mixed Vegetable Jambalaya 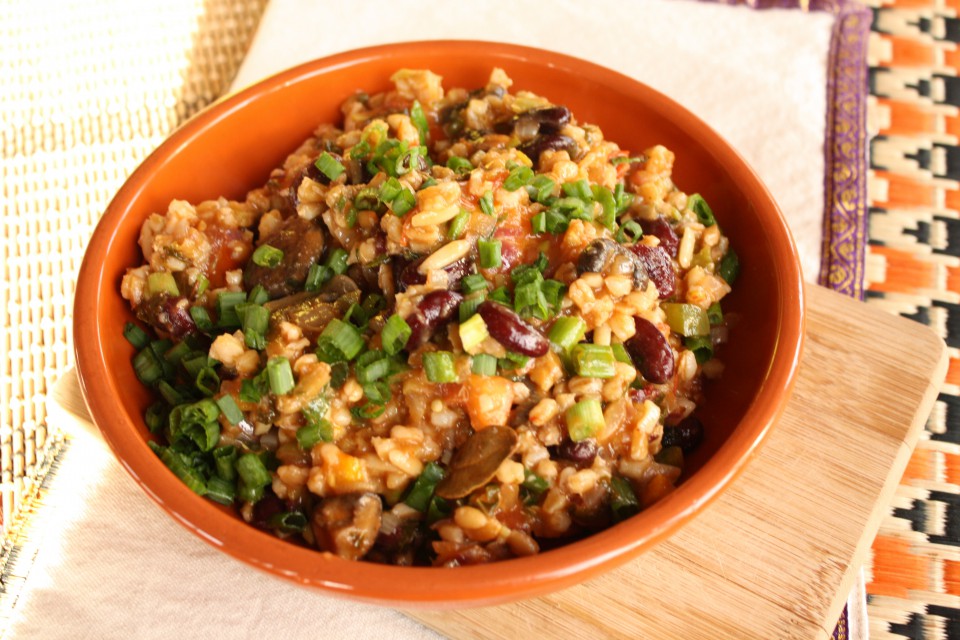 I feel we have reached the land of endless winter. It is a good thing, we love grains and legumes in our house because I seem to have taken to cooking them almost exclusively, not really, but I have been using them a lot. So, today they go in to my attempt at a vegan jambalaya, which I have to admit was quite hearty and tasted good. There are many variations to the seasonings, and my dish here gets its flavor from thyme, oregano and bay leaves.

Despite, snow flakes in the air, I believe that spring will eventually be here. I am actively going through my refrigerator to clear out the frozen supplies. Yes, we tend to be able to freeze tomatoes, beans, carrots and hot peppers. And, this year, for the first time I actually chopped and froze my bell peppers, and they really did a good job adding some color and brightness to our table.

Planning is an important aspect of eating local here in the beautiful Hudson Valley. After all, we do have a short growing season and need to supplement the best we can. Saving things then there is a lot of them, helps in this endeavor. 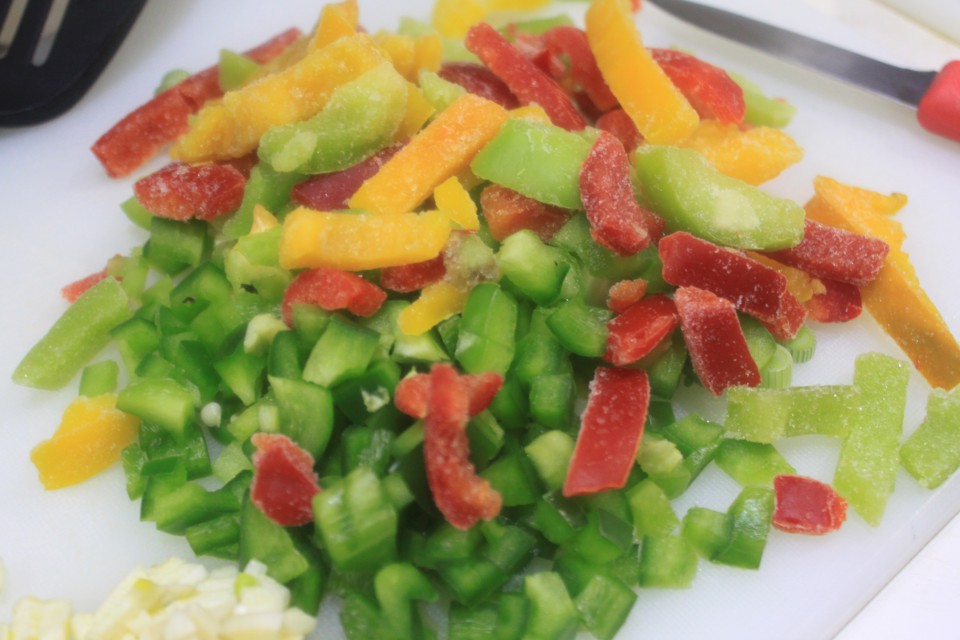 On to the recipe on hand, I tend to make Jambalaya fairly often, it is simple and helps me use up what I have on hand. This week, with Mardi Gras on hand, there is a greater push to try food from the region. Here are some ideas.Yes, the whole idea is party before the austere season of lent.

Rather than create something super indulgent, I figured getting this dish out might help with some of those meatless meals. Yes, this recipe uses traditional flavors, but is a vegan rendition of the traditional dish. I have also used Farro, a grain that is very popular in our house. I feel that the added texture offers some more character to this dish. I packed this for my kids lunchbox earlier this week, and they are quite thrilled with it. Ok, one more one pot dish down.

Now, I have cooked the Farro and the beans separately in the pressure cooker, before using them for this recipe. If you do not have a pressure cooker, cook them in a large saucepan on the stove until fairly soft, drain and proceed with the recipe.

A hearty vegan take on the traditional jambalaya, a classic and comforting one-dish meal.