I don’t know how I missed this one.  Maybe because it’s in Rockland County, and I don’t venture over the bridge much, but there’s an all veg restaurant in New City, called Veggie Heaven.  I don’t know exactly how long it’s been there, but my friends assure me they’ve been going there longer than I’ve lived in the area.  Major fail on my part!

Veggie Heaven is a vegetarian Chinese restaurant, where just about everything is vegan (though they don’t use the term on the menu).  Save for a couple of dessert toppings that contain honey, it’s an all-vegan place.

Interestingly, I hated Chinese food as a kid.  I was that kid who would go to a Chinese restaurant with my family and order the American plate (where I went as a kid, it was a hamburger patty and fries, everything smothered in gravy).  Fortunately, I’m over that now.

It’s not as if vegans can’t eat in non-veg Chinese restaurants.  There are plenty of vegetable dishes in most, and tofu is often on the menu and can be subbed in place of meat in other dishes.  If you want to try that elsewhere, make sure you ask if there’s any chicken/beef broth in the sauces, but you should be fine.

At Veggie Heaven though, you can have just about anything on the menu, no subs needed!

I went this past weekend with the Westchester Veggie EatUp group, so there were many dishes among group members, and I got to try a bite of a few different dishes. 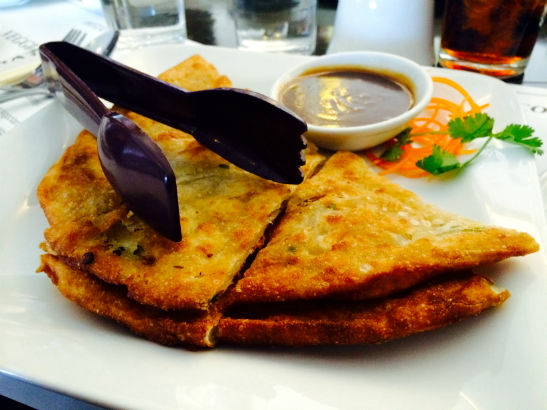 Scallion pancakes.  These were mine.  These are often vegan by default at many Chinese restaurants (always ask, of course).  I’ve made them myself- they’re often just flour, salt water, oil and scallions.  But they’re my favorite if I can get them, so I did! 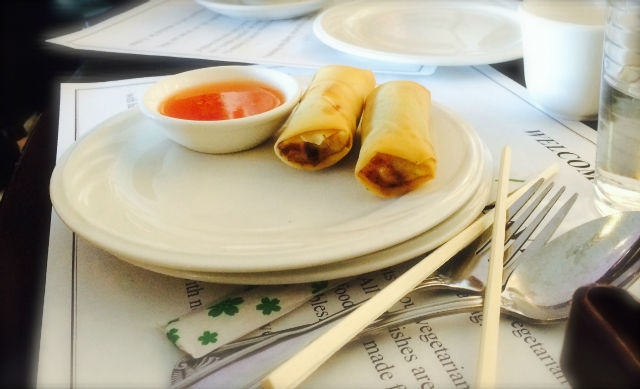 A few people ordered these.  I didn’t get to try a bite, because I was so busy with my scallion pancakes.  Again, you can often get these vegan at other restaurants. 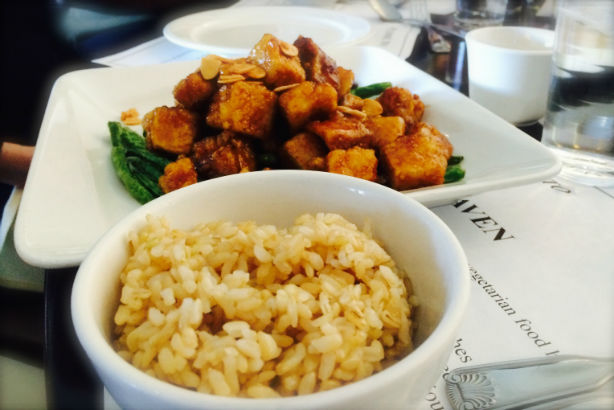 This is one more thing that you can get vegan at many restaurants (ask to sub tofu for chicken, make sure no broth in the sauce).  I’ve never had it this good at another restaurant, though!  Often when you get a tofu sub, they don’t do much to the tofu- just dump chunks in sauce.  And the sauce is usually good.  But this tofu was crispy and chewy.  I know that means it’s fried and fried is not healthy, but it was good! 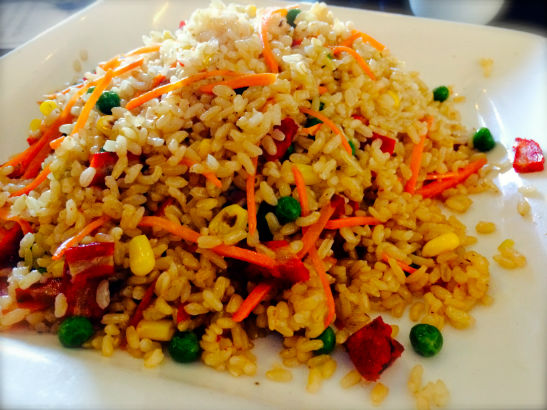 Try getting this made vegan at a non-veg restaurant!

I’ve had fried rice since I’ve been vegan.  You just ask for all veggies and hold the egg, and it’s fine.  I love that this place has this, and I liked the “pork,” but I didn’t love the rice.  It actually tasted more like something I would make, and less like Chinese restaurant fried rice.  That might be appealing to some, though! 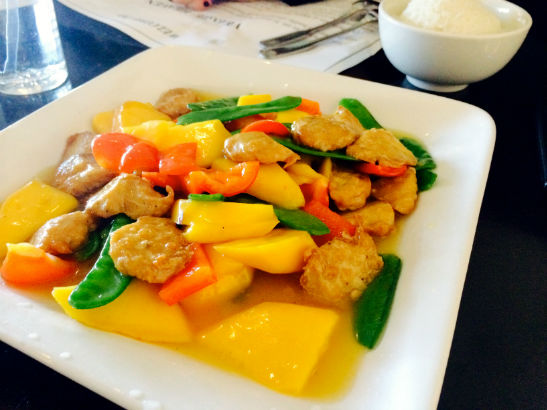 One of my friends ordered this, and I think she won for picking the tastiest dish.  The sauce really made this one!  I would order this next time for sure. 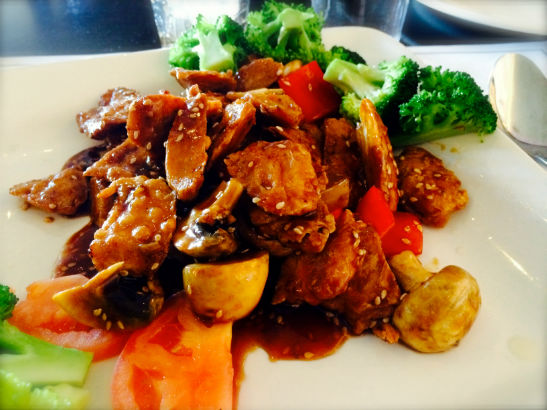 I picked this one.  Same mock meat chicken as the mango one, but different sauce.  I did like it, but not as much as the mango.  It made for excellent leftovers the next day, however!

It seems like part of the philosophy of the restaurant is healthier fare, which is why things like the fried rice wasn’t exactly what I was looking for.  I did enjoy the place, and I will definitely go back.  I know some people are weird out by mock meats, wondering why vegans would want to recreate the taste of meat.  I actually don’t care- I would have eaten these dishes with the sauces if it were all just beans.  For me, it’s the familiarity of the dish that’s really appealing.

And the fact that I could order almost anything on the menu.